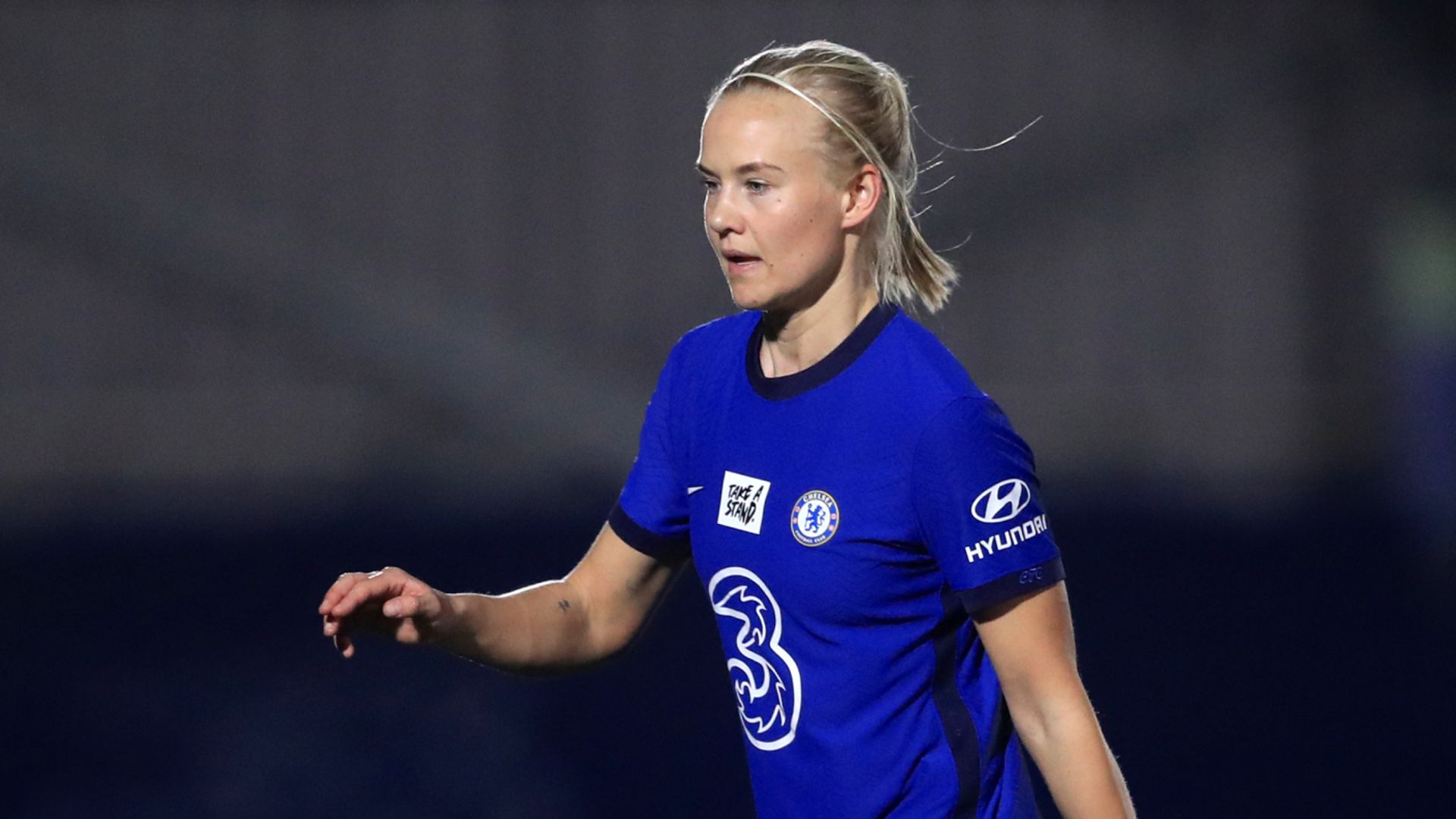 Chelsea will have the chance to retain the Women’s League Cup in next month’s final after Pernille Harder’s hat-trick helped them to a 6-0 thrashing of West Ham in the last four on Wednesday.

The holders made a blistering start at Kingsmeadow and the tie was all but over after half an hour as Emma Hayes’s side took a 4-0 lead, with Sophie Ingle and Beth England adding to Harder’s two first-half strikes.

West Ham managed to prevent the Women’s Super League leaders from extending the lead until the 70th minute, but Fran Kirby added a fifth before Harder completed her hat-trick four minutes from the end.

The Danish striker had given Chelsea the lead in just the fourth minute, as she produced a fine finish having been put through by Ji So-Yun.

Ingle then followed up her stunning striker in Chelsea’s quarter-final victory over Manchester City with another long-range strike, but on this occasion was aided by West Ham goalkeeper Mackenzie Arnold, who should have kept out the speculative attempt.

Arnold then made another blunder to gift Harder Chelsea’s third, before a fine team move ended with Kirby setting up England to make it 4-0 after just 27 minutes.

Kirby’s persistence was rewarded as she followed up her own attempt to make it 5-0 after 70 minutes, before Harder completed her first Chelsea treble as she cut in from the left and fired in at the near post.

Chelsea will face either Bristol City or Leicester in the final on March 14 at Watford’s Vicarage Road, with the other semi-final taking place later on Wednesday evening.

The Blues are on course to repeat last season’s domestic double, which saw them capture the WSL and League Cup trophies.