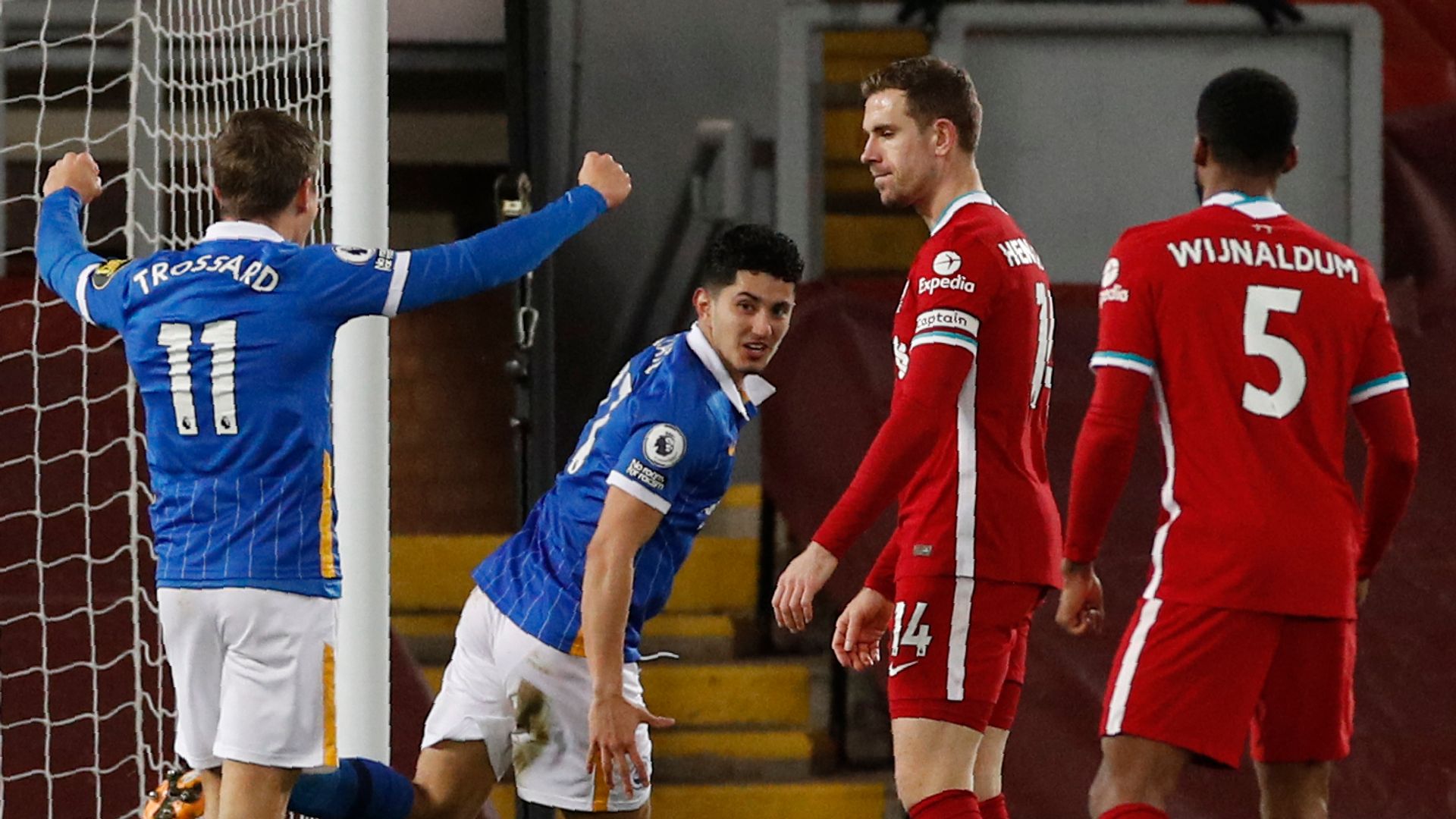 Liverpool’s title ambitions were further dented as Brighton made it back-to-back defeats at Anfield for Jurgen Klopp’s men in a 1-0 victory.

Just as the defending champions looked to have got back to their relentless selves with away wins at Tottenham and West Ham, they were back in ponderous mood as Steven Alzate’s scrappy winner was enough for brilliant Brighton.

Graham Potter’s side were anything but scrappy in their performance levels, playing confidently and bravely in attack whilst defending with great cohesion at the back.

After going 68 games unbeaten at home, Liverpool have now suffered straight defeats to Burnley and Brighton and haven’t scored in the last 348 minutes of action at Anfield. They had just one shot on target against the Seagulls in a toothless attacking showing.

The defeat leaves Liverpool seven points off league leaders Manchester City ahead of Sunday’s meeting between the two teams, live on Sky Sports.