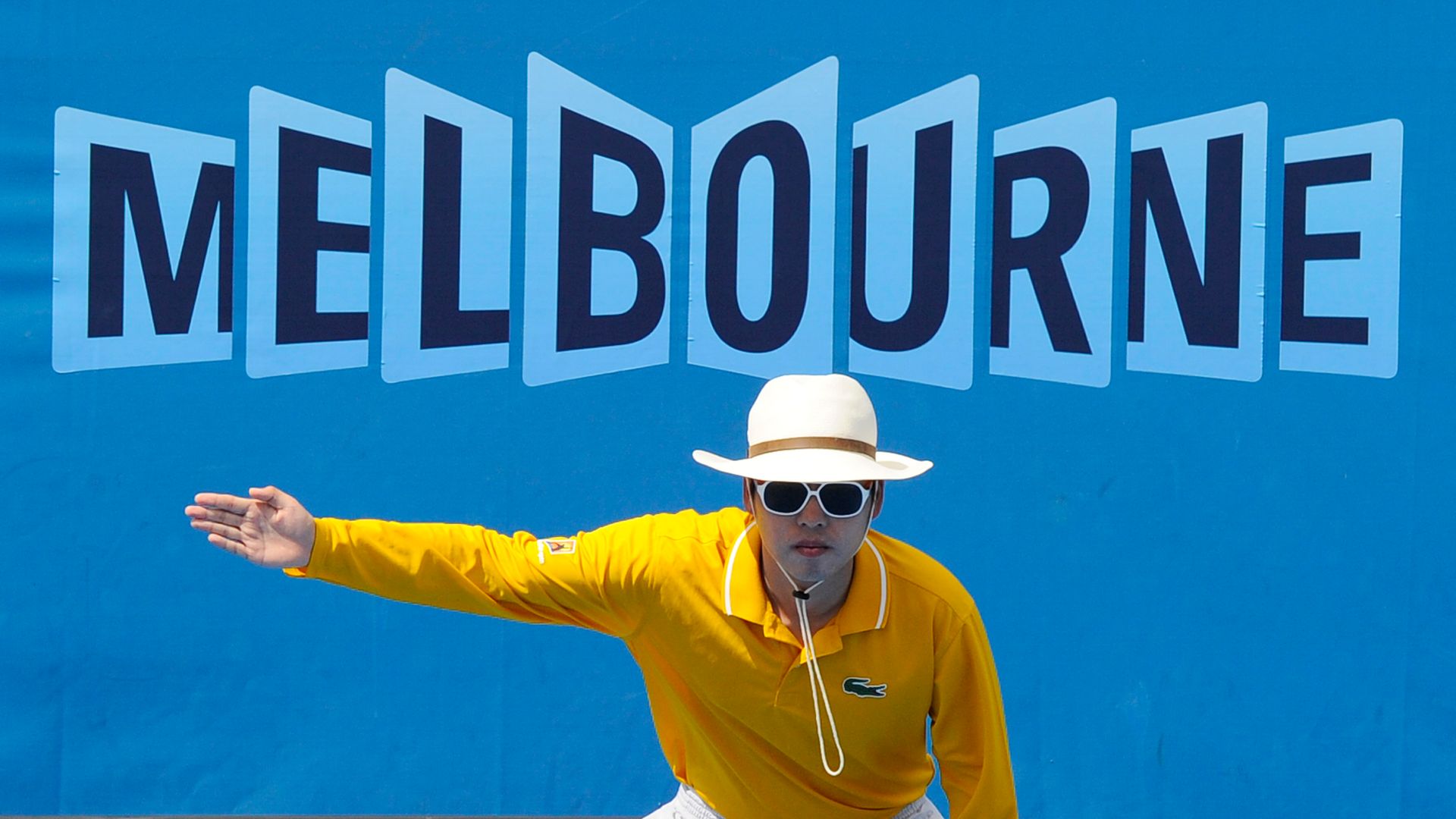 Only players, chair umpires and ball kids will be on the court at this year’s Australian Open which will feature electronic line calling with movement-activated and pre-recorded voices in matches during the February 8-21 tournament

In a Grand Slam first, all courts will feature electronic line calling at the Australian Open with no line judges in an effort to reduce the number of staff on-site during the COVID-19 pandemic.

“I’m delighted this initiative will also help to shine a light on those who work tirelessly, and so often without recognition, to keep our community safe and healthy.”

At last year’s US Open, Novak Djokovic was disqualified during his fourth-round match for accidentally hitting a ball at a line judge. During that tournament, electronic line calls were used on outside courts but line judges were still used in the main show courts.

The pre-recorded voices will be those of Australia’s front-line workers in the country’s pandemic response, firefighters, surf lifesavers and other emergency services personnel.

“A Behind the Line tribute will introduce community heroes who will be featured as the official line-calling voice in each match,” Tennis Australia said.

This year’s tournament will be allowed to admit up to 30,000 fans a day, around 50 per cent of usual capacity, amid the COVID-19 pandemic.

The usual suspects for Mats

Mats Wilander expects to see the usual suspects prevail at the Australian Open despite the unusual build-up.

“I think the best players are better at handling everything. They are physically slightly superior but, at least (Rafael) Nadal and (Novak) Djokovic, are way better mentally,” said the Swede.

“The thing I worry about is injury. Without playing as many matches as they would have liked or practising as hard, are they able to play two or three five-setters and not get hurt? That’s maybe a bigger issue for the older players.

“But they’re so good at playing their best tennis when it’s needed. I do think the winner is going to come from Rafa and Novak – potentially (Dominic) Thiem, he’s really close to them, and then you have a group of players behind with (Daniil) Medvedev and (Stefanos) Tsitsipas.”

By contrast, Naomi Osaka and Simona Halep are the only women to have won multiple Grand Slam titles in the last four years, with nine others getting their hands on major silverware, many of them early in their careers.

Where Serena Williams fits into the pecking order eight months short of her 40th birthday remains a conundrum. It is now four years since her most recent major title, with last year the first time since 2006 that she has failed to reach a major final.

“I think it can mentally work to her advantage because she’s clever enough to be able to tell herself, ‘These guys haven’t practised that hard and I’m Serena and I’m not losing to you’,” said Wilander.

“But she’s fighting against everyone, she’s going to have to win seven matches and she hasn’t served well for three years. I don’t know if technically she’s sharp enough to be able to hang with [the younger players] and then turn it into a mental battle on big points.

“I’m not sure if she’s getting closer to the old Serena or whether she’s getting further away from that. The women’s game has advanced further in the last few years than the men’s game. She hasn’t been able to stay ahead of the curve.”