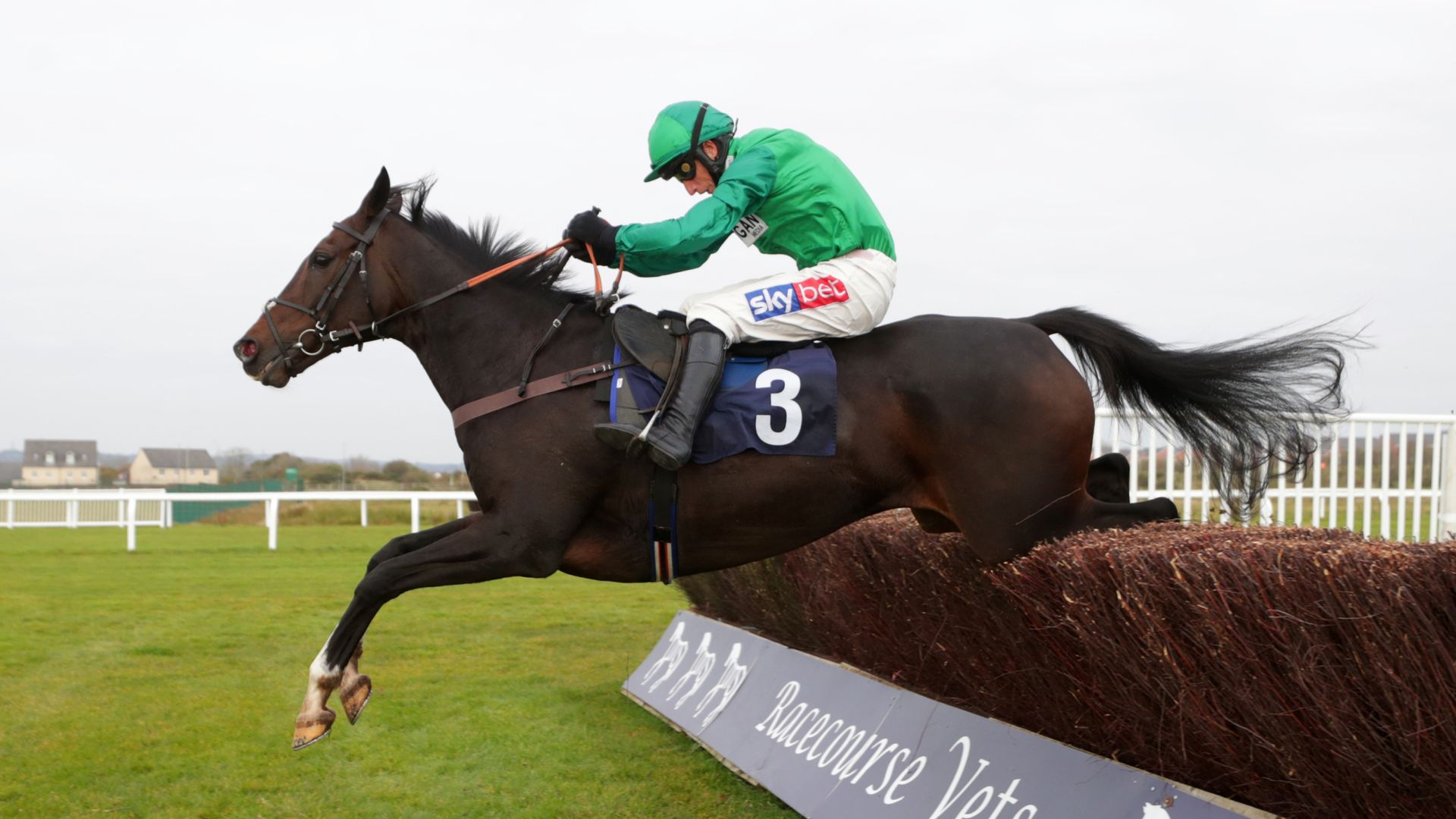 The Reynoldstown Novices’ Chase at Ascot is the likely next target for Harry Fry’s stable star If The Cap Fits.

The top-class hurdler made a fine start to his career over fences at Ffos Las in October, before finding Nicky Henderson’s Pym too strong in a Listed event at Sandown the following month.

He looked set to finish nearer last than first in his bid for a second Grade One victory in the Kauto Star Novices’ Chase at Kempton on Boxing Day, but made late headway to finish third behind Shan Blue and The Big Breakaway.

If The Cap Fits again had to make do with minor honours when runner-up to the Paul Nicholls-trained Yala Enki in a conditions chase at Taunton last weekend, but Fry is confident improvement will be forthcoming as he prepares for Ascot on February 20.

“He didn’t run badly at Taunton,” said the Dorset trainer.

“He should have capitalised on the mistake that Yala Enki made four out – but he is still a novice, and that was only his fourth start over fences.

“It was a better run than at Kempton on Boxing Day, although he only ended being beaten seven lengths in a Grade One that day, and we will probably look towards the Reynoldstown at Ascot.

“A decision will be made on the back of that whether he goes to Cheltenham or whether we wait for Aintree.”

Either way, Fry believes the Grade One-winning hurdler can progress further in his chasing career.

“He has not been running badly, but I still feel there is more to come from him over fences,” he added.

“He has won at Ascot before, so he should be fine going back there.”