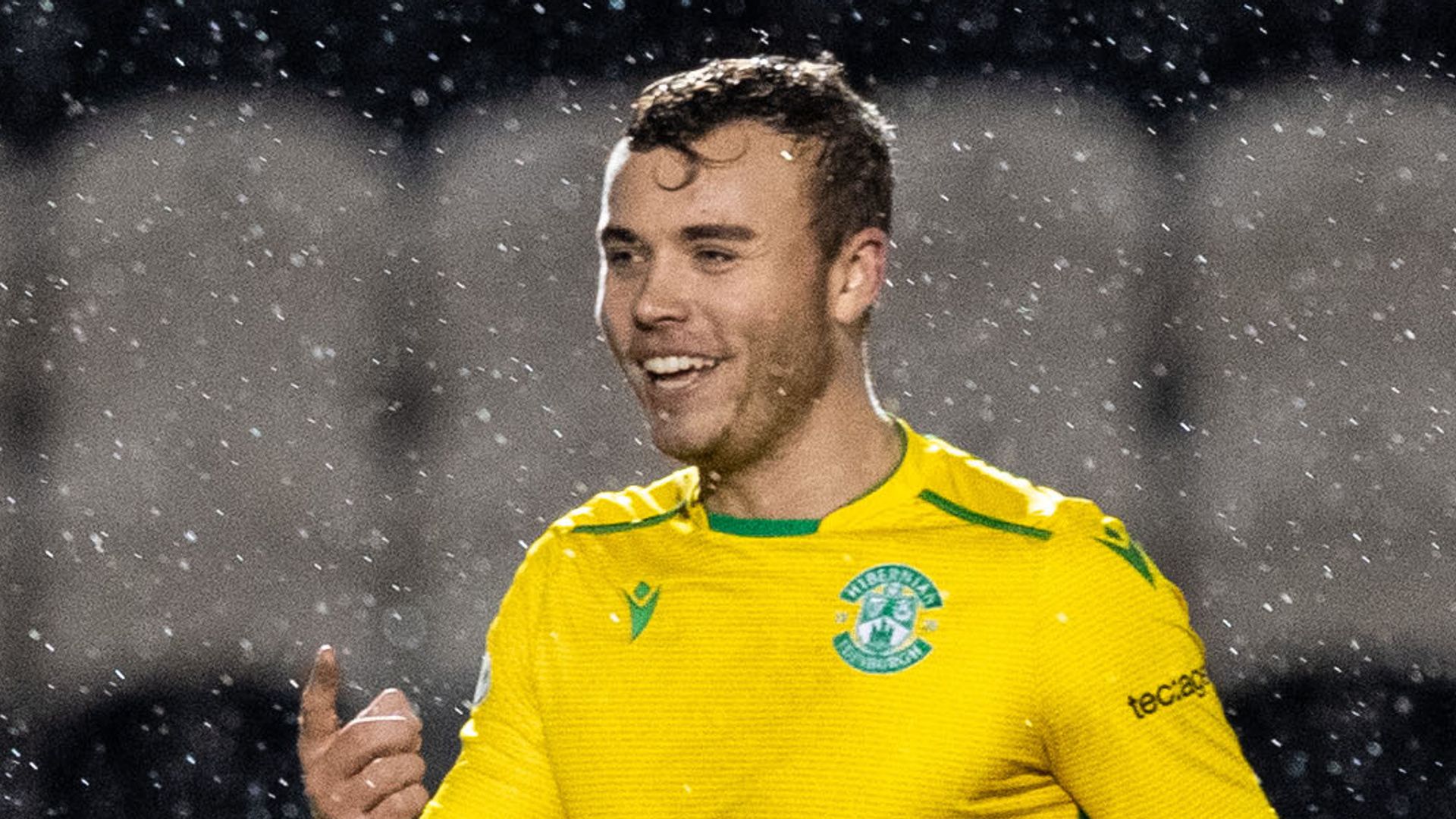 Ryan Porteous reiterated his commitment to Hibs as he helped send Jack Ross’ team up to third with victory over 10-man St Mirren in Paisley.

The Leith outfit had to fend off interest in both the Scotland squad defender and frontman Kevin Nisbet as the transfer window closed on Monday.

But while Nisbet was reportedly unhappy with the decision to reject Birmingham’s £2.5m offer, Porteous showed no sign of frustration as he climbed off the bench to head the opener in Hibs’ 2-1 win.

Nisbet was also left out of the starting line-up but was on the pitch by the time Martin Boyle tucked home a 70th-minute penalty that ensured his side climb above Aberdeen.

Saints had been well on top before Jake Doyle-Hayes’ blunder led to goalkeeper Jak Alnwick being sent off.

They did pull a late goal back through substitute Jon Obika but could not make it a hat-trick of three straight wins over top-six opponents.

Saints made four changes to the team which claimed that historic win as Richard Tait, Doyle-Hayes, Ryan Flynn and Eamonn Brophy returned.

And the Buddies picked up right where they left off against the Hoops as they again showed they can match the Premiership big boys pass for pass.

Yet for all their possession there was little to trouble Ofir Marciano in the Hibs goal.

Hibernian, meanwhile, looked short on ideas. There was even a whiff of desperation in the air as Chris Cadden hit the deck rather easily on 35 minutes after driving past Tait into the box.

Referee Alan Muir waved away the half-hearted appeals for a penalty – but 60 seconds later he was reaching for his top pocket.

Doyle-Hayes was short with a backpass as he fired the ball straight to Boyle, with the Hibs flyer then up-ended when Alnwick careered out of his box in a panic.

Conor McCarthy was round on the cover for Saints but Muir felt it was a clear goal-scoring chance and dismissed the Paisley keeper.

Replacement stopper Dean Lyness – whose last top-team appearance for Saints was in December 2018 – was grateful for an early touch of the ball after replacing Dennis as he grasped onto Paul McGinn’s long-range effort.

Nisbet was introduced eight minutes after the interval as Ross grew concerned by his team’s failure to make more of their extra man.

But it was Porteous – who had been thrown on at the break for Darren McGregor – who gave the visitors the lead on 55 minutes as he met Boyle’s corner with a solid header that flew past the stationary Lyness.

The keeper did get a brilliant hand to the ball as he clawed away Christian Doidge’s header after Boyle had burst to the byeline to dig out a cross.

Boyle, though, was the instigator again as he set the move which was to yield Hibs’ second goal in motion. Darting between two players, he then sprayed wide to Jamie Murphy, who was then dragged down by Fraser as he jinked into the box.

Boyle took on the spot-kick duties, sending Lyness the wrong way for his seventh goal of the season.

But the hosts were back within one four minutes later as Dylan Connolly raced on to Jamie McGrath’s long ball before squaring for Obika to slot home.

However, they were lucky not to lose a third goal moments later as Murphy shook the post with a curling effort.