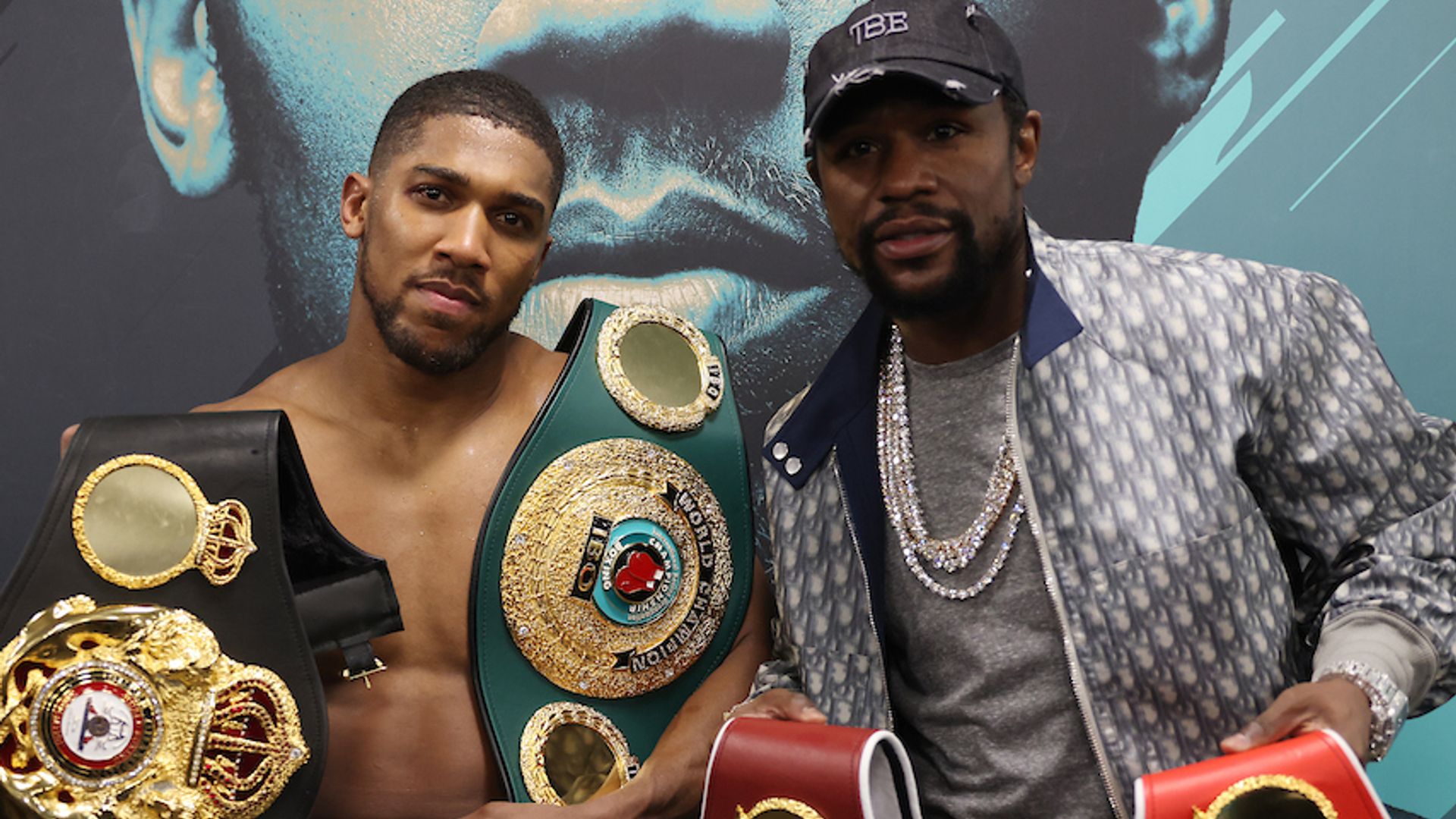 Floyd Mayweather previously said about Anthony Joshua: “He won [an Olympic] gold medal, his career is going great, a two-time heavyweight champion. He is a hell of a fighter. He is a gentleman and I enjoy his craft.”

Anthony Joshua has explained how he bludgeoned Kubrat Pulev with “one of Floyd Mayweather’s signature moves”.

Retired great Mayweather was a surprise attendee at Joshua’s successful defence of the IBF, WBA and WBO heavyweight championships in December.

Joshua knocked out Pulev then joined Mayweather at ringside, before continuing to receive wisdom from the American with the 50-0 record backstage after the fight.

“It was the first time we were allowed fans back and Mayweather was in the stadium,” Joshua told his personal YouTube channel.

“It was an honour to have him in the house. I respect him highly for what he has achieved.

“He came to see me perform and I pulled off one of his favourite moves – the pull-counter.

“If you watch boxing you will know that is one of Mayweather’s signature moves.”

Mayweather told Sky Sports as he arrived for the fight: “I’m proud of Joshua. He is one of the best heavyweights out there.

“He won [an Olympic] gold medal, his career is going great, a two-time heavyweight champion. He is a hell of a fighter.

“He is a gentleman and I enjoy his craft.”

Joshua previously told Sky Sports in 2017: “Mayweather is a master of boxing. He is phenomenal.”

Joshua also addressed Tyson Fury as the negotiations for the undisputed heavyweight title fight rumble on.

He said: “Some people may not understand it and I realise in this life is that 99 per cent of the population are civilised people.

“The job I’ve chosen is for the uncivilised. This is a sport of combat and war.

“We’re not civilised people, we’re warriors, and I love it.

“I’m there to do a job, and that’s the fighter’s mentality.”