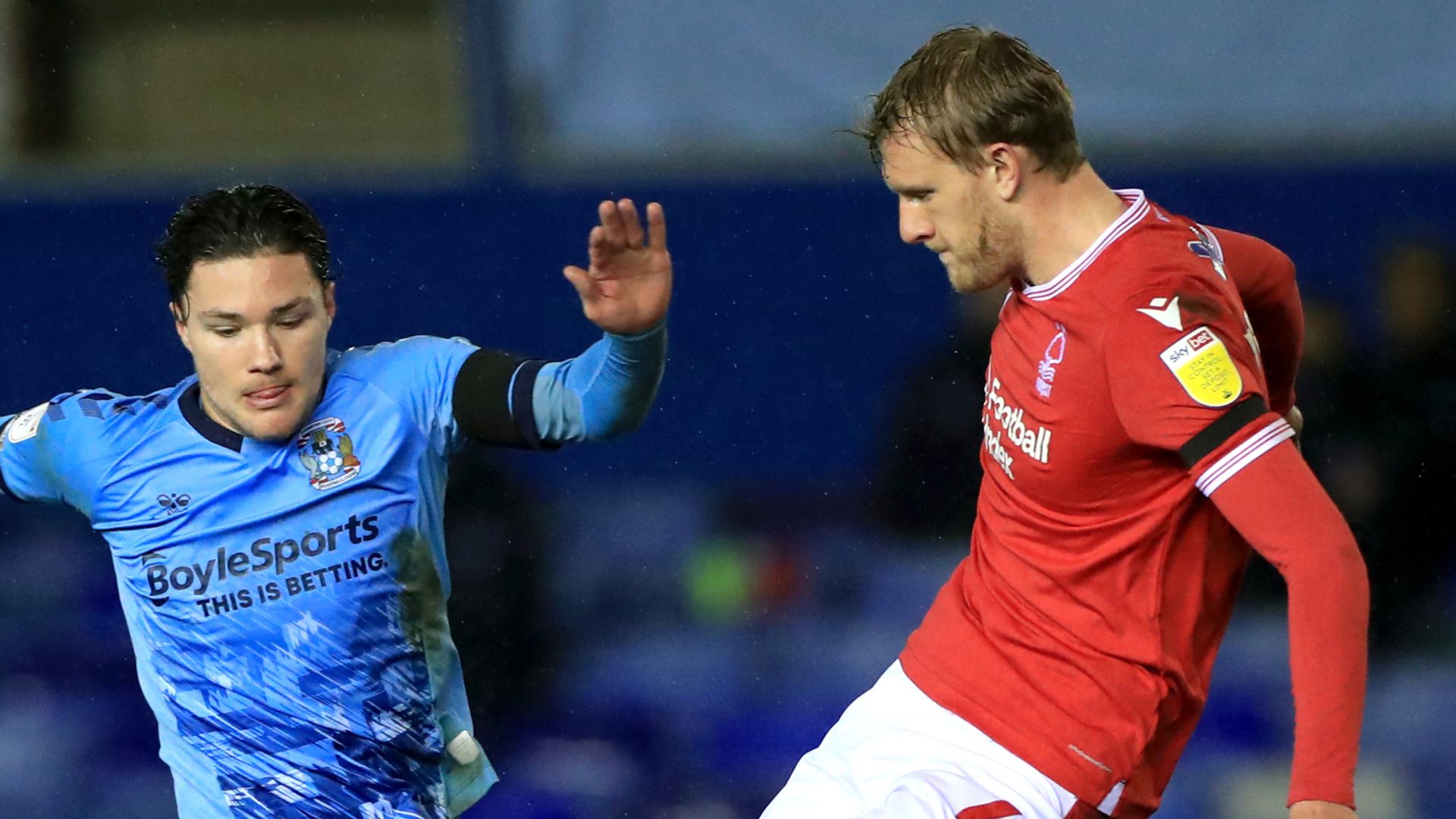 Michael Rose’s own goal gifted Nottingham Forest just their third away win of the season as they beat Coventry 2-1 at St Andrew’s.

Returning Rose, who came off the bench following a three-month injury lay-off, turned Cyrus Christie’s cross into his own net as the visitors came from 1-0 down to clinch the three points.

The defeat was the Sky Blues’ first at home in over three months as victory pushed Forest four points clear of the relegation zone.

It was a quiet opening with Gustavo Hamer’s long-range effort the only attempt on goal, but the first half came to life in an entertaining five-minute spell that saw both sides strike.

Biamou cut inside and curled a precise low effort through a crowded penalty box in the 17th minute to open the scoring after Callum O’Hare drove at the heart of the Forest defence.

But the Sky Blues’ lead lasted just five minutes when Sammy Ameobi reached the byline and teed up an unmarked Grabban.

Debutant James Garner went close as his glancing header from a dangerous Anthony Knockaert corner landed on the top of the net.

And Knockaert himself carved out a chance 10 minutes before half-time, wriggling his way past Sam McCallum before drilling his effort into the side netting.

Coventry burst out of the blocks in the second half as McCallum saw a shot blocked and Hamer forced Brice Samba into a smart save. But the visitors struck against the run of play in the 53rd minute.

And it was a horror return for Rose as he could do nothing but turn a wicked Christie cross into his own net just eight minutes after coming off the bench.

Coventry piled on the pressure as they desperately pushed to restore parity but star striker Grabban proved his worth in both boxes by clearing Leo Ostigard’s header off the line, the closest Coventry came to snatching a point.

Robins’ men continued to huff and puff but failed to find a late leveller and Amadou Bakayoko was carried off in stoppage time after a collision with Samba which led to over seven minutes of treatment.