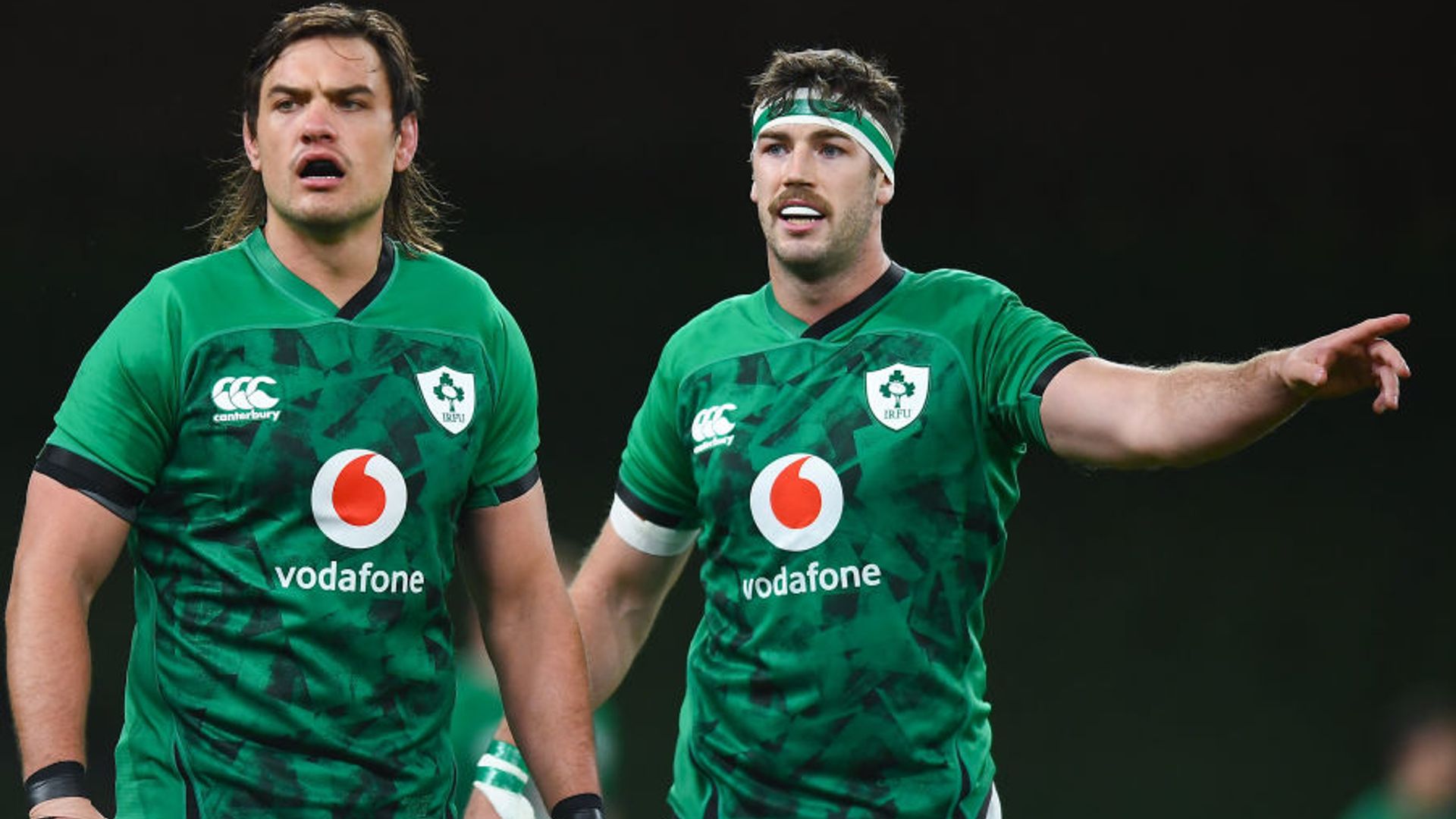 Big blow for Ireland ahead of their Six Nations opener with Wales as Caelan Doris and Quinn Roux look set to miss Sunday’s match through injury; Doris has symptoms of concussion, while Roux has a neck complaint

Ireland forwards Caelan Doris and Quinn Roux look certain to miss the Six Nations opener against Wales after returning to their provinces for medical assessment.

Leinster number eight Doris, who was arguably his country’s standout performer during the Autumn Nations Cup, has symptoms of concussion.

Munster backrow Gavin Coombes and Leinster lock Ryan Baird will train with Andy Farrell’s side this week, ahead of Sunday’s meeting with Wayne Pivac’s men in Cardiff.

According to a statement from the Irish Rugby Football Union, all players still in the camp are expected to train this week.