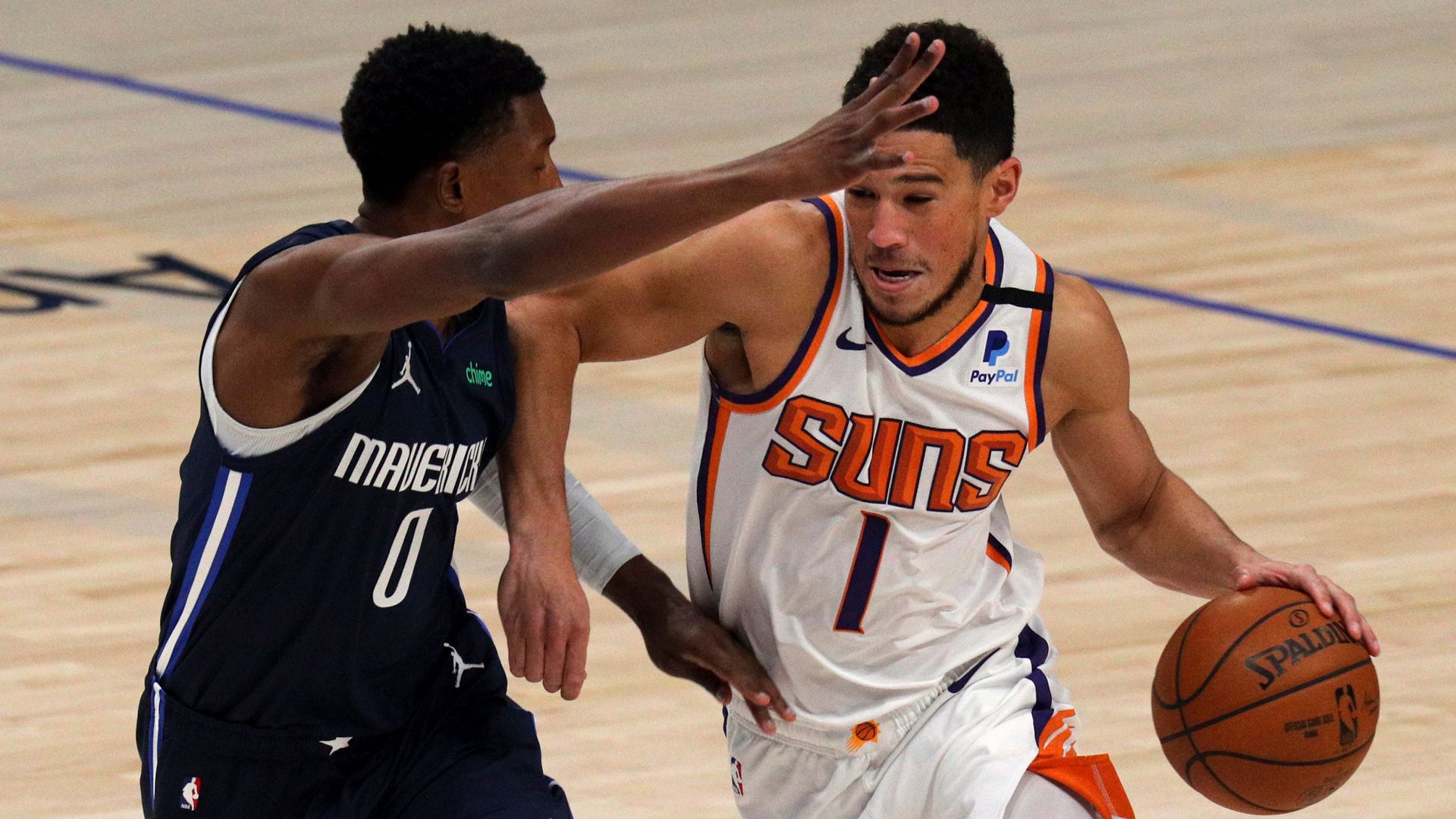 Devin Booker nailed a 3-pointer with 1.6 seconds remaining to cap a wild finish that gave the visiting Phoenix Suns a 109-108 victory over the Dallas Mavericks on Monday night.

In the rematch of a game the Suns won 111-105 on Saturday night in Dallas, the Mavericks had a shot at breaking a five-game losing streak, but Luka Doncic couldn’t connect from 28 feet at the final horn.

The contest was tied on 15 occasions, the last time at 106-all when Booker nailed an 18-footer with 55.7 seconds remaining.

After Josh Richardson put Dallas up 108-106 with two free throws one second later, the Suns had multiple shots at a tie, but Booker misfired on a jumper, Chris Paul couldn’t convert at the hoop and Deandre Ayton missed two follow-up shots, the second of which was blocked by Kristaps Porzingis.

The Suns retained possession, however, and, after a timeout, Booker drilled his game-winner.

Booker, who had missed the Suns’ previous four games with a hamstring injury, went for 24 points in 31 minutes. Paul led the way in Phoenix’s third straight win with a game-high 34 points, nine rebounds and nine assists, while Ayton finished with 10 points and a game-high 17 rebounds.

Doncic totalled 25 points and eight assists for the Mavericks, who held the game’s biggest lead of 11 points in the third quarter.

Porzingis, who sat out Saturday’s game for rest, registered a double-double with 19 points and 10 rebounds, while Richardson had 24 points, Tim Hardaway Jr. 18 and Jalen Brunson 11. Porzingis also had three blocks.

Nine Memphis players scored in double figures as the Grizzlies romped past the host San Antonio Spurs 133-102 for their seventh consecutive win.

The runaway came two nights after the Grizzlies beat the Spurs 129-112 in San Antonio. On Monday, Memphis posted a season-high point total for the second straight contest, and the Grizzlies’ 37 assists were their most in a game this season.

The Grizzlies led by as many as 23 midway through the third quarter and never let San Antonio closer than 10 points the rest of the way before running away late.

San Antonio’s Keldon Johnson paced all scorers with 25 points and grabbed 10 rebounds. DeMar DeRozan and LaMarcus Aldridge added 14 and 12 points, respectively, and Patty Mills scored 11 for the Spurs, who have lost two straight.

Gordon hit five of the Rockets’ franchise-best 28 treys. Houston (10-9) earned its sixth win in a row and moved above .500 for the first time this season.

The Rockets’ previous record for 3-pointers in a game was 27 last season, which set an NBA record at the time. The Milwaukee Bucks broke that record earlier this season with 29.

By the time the opening period was over, the Rockets tied an NBA record for 3-pointers in a quarter with 11 and scored 48 points. It was the second consecutive game with a 48-point quarter for Houston, which had 48 points in the second quarter Saturday at New Orleans.

The 48 points were the most allowed by the Thunder in a quarter since the franchise’s move to Oklahoma City, topping the previous mark of 45 by Atlanta – twice in the same game – in January 2019.

The Thunder (8-11) have dropped two straight and five of their past seven.

Wall and Wood added 18 each for the Rockets while Oladipo had 15. Wood grabbed a game-high 11 rebounds.

Brandon Ingram scored 20 points to lead the Pelicans, and Josh Hart added 15 points and 13 rebounds. Zion Williamson scored 17, Eric Bledsoe and Lonzo Ball each had 14, and Willy Hernangomez had 13 points and 11 rebounds.