Edgar Berlanga remains in search of a quality opponent for his first fight of 2021.

It just so happens that fellow unbeaten prospect Tyler Howard knows a guy interested in the assignment.

“I heard Edgar is looking for an opponent in April,” Howard told BoxingScene.com. “If he can meet me at 165, I’ll be ready. He and I are at the point in our careers where these fights are necessary to determine who goes to the next level.” 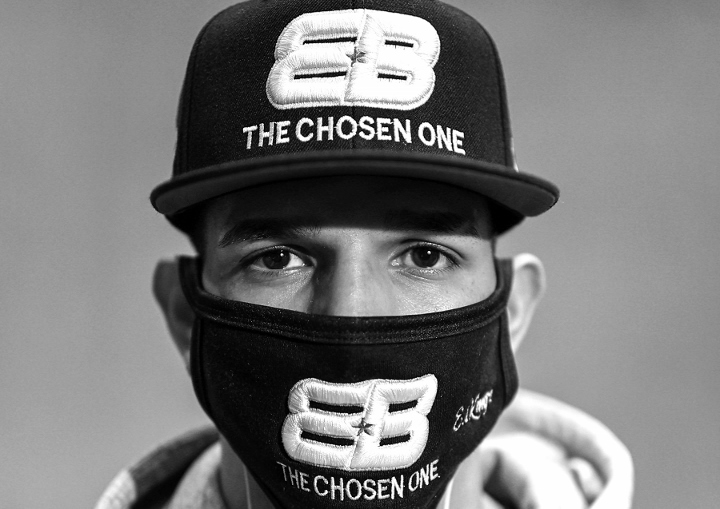 It can be argued that Berlanga (16-0, 16KOs) is ahead of the rest of the pack, if not only from a notoriety standpoint. The Brooklyn-bred Boricua was named 2020 Prospect of the Year by many outlets—including BoxingScene.com—and is aiming to land super middleweight contenders in the ring in the year ahead.

There is the train of thought, however, that he still needs to be tested before entering that level—or at the very least, match up with an opponent who can force him to see round two.

The fight with Leatherwood was the first for Howard since the pandemic, and the 26-year old is at a point in his career where he needs to remain active and progress in competition level. The same can be said of Berlanga, making such a fight seemingly easy to make with bout around the same weight and who fight under the Top Rank banner.

“What Edgar has done thus far in his career is extremely impressive and he has brought a ton of attention to the greatest sport in the world,” acknowledges Howard, who is managed by Tim VanNewhouse and Split-T Management. “We have been fighting our whole lives preparing ourselves for these big moments. Who better for my first big fight to be than against a guy that’s 16-0 with 16 1st round knockouts? Yeah he is bigger and it will be the first time in my life that I’m going to be the underdog, but I am willing to take that risk and put myself to the ultimate test.

“I have all the confidence in the world that I can win this fight with a great training camp and the team I have behind me. Teofimo Lopez inspired me to take these risky fights that no one believes you can win. You got to believe it yourself.”