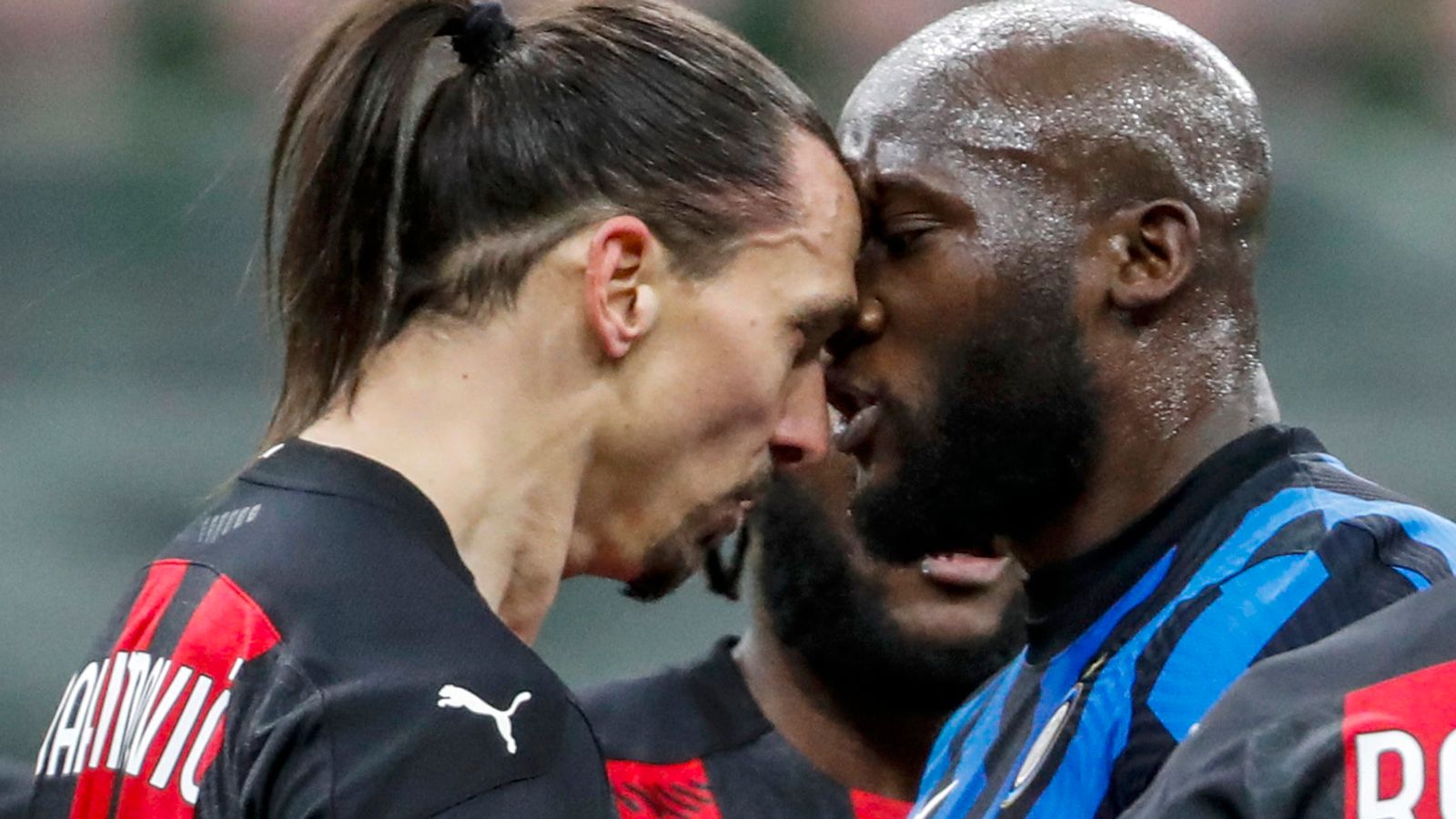 The Italian Football Federation is investigating last week’s spat between Zlatan Ibrahimovic and Romelu Lukaku during the Milan derby.

The former Manchester United team-mates were both given yellow cards after an argument and a head-to-head clash between their pair just before half-time, which continued into the tunnel during the interval.

Referee Paolo Valeri was called in for questioning by prosecutor Giuseppe Chin to explain the punishment handed out during the Italian Cup quarter-final on Tuesday.

The pair could be seen and heard exchanging insults as Lukaku had to be restrained by his team-mates as he attempted to confront the Swedish forward.

Ibrahimovic, who had given Milan a first-half lead, was sent off after picking up a second yellow card after the break, before Christian Eriksen scored a stoppage-time winner for Inter to send them through with a 2-1 win.

AC Milan forward Ibrahimovic and Inter Milan striker Lukaku were each given a one-match suspension following the incident.

Ibrahimovic was given the ban after being shown two yellow cards, one of them for the confrontation with Lukaku, who was banned because it was his second yellow card in this season’s Coppa Italia.

Lukaku will miss the first leg of the semi-finals against Juventus on Tuesday, while Ibrahimovic will have to sit out his next match in the competition.

In a social media post last Wednesday, the Swede said: “In Zlatan’s world there is no place for racism.”