Coffie, a 34-year-old Marine Corps veteran from The Bronx, N.Y., took a couple of rounds to figure out Rock of Philadelphia. When he did, it was lights out for Rock. Coffie went to work in the third round, dropping Rock with a left uppercut. Rock was able to make it to his feet to beat the count of referee Jack Reiss. 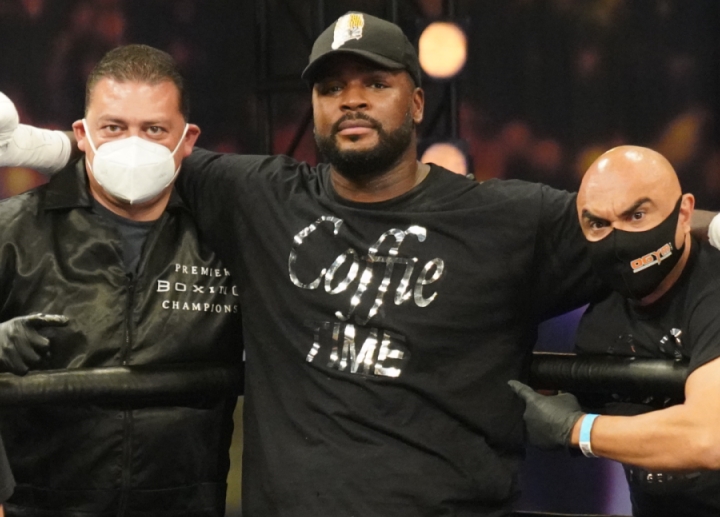 A few seconds later, Coffie clipped Rock again with a short left hook that sent him to the canvas a second time. Reiss waved off the action at 0:59 seconds of the round, giving Coffie the victory and handing the 24-year-old Rock the first loss of his professional career.

“He had quick hands we knew that, but timing beats speed,” Coffie said. “They said he shuffles his feet and drops his hands. They told me to wait for him to shuffle his feet and then drop that left hand on him.”

“I don’t want to sound like I’m jumping the gun or anything like that or downplaying the need for experience. But I don’t think I’m that far off. I think I have power, movement, and I think just my style of fighting that can really contend with anybody.”