A nephew of Eddie Murphy and the late Charlie Murphy proved Saturday that he, too, was ready for the biggest stage of his career.

Brandyn Lynch boxed well against a more experienced Marcos Hernandez in an eight-round middleweight fight FOX televised as part of the Caleb Plant-Caleb Truax undercard from Los Angeles. He had to settle for a split draw, however, because only one judge scored the action for Lynch.

Judge Ivan Guillermo scored Lynch a 77-75 winner, but Max De Luca credited Hernandez for a 78-74 victory and Sergio Caiz scored the action even, 76-76. 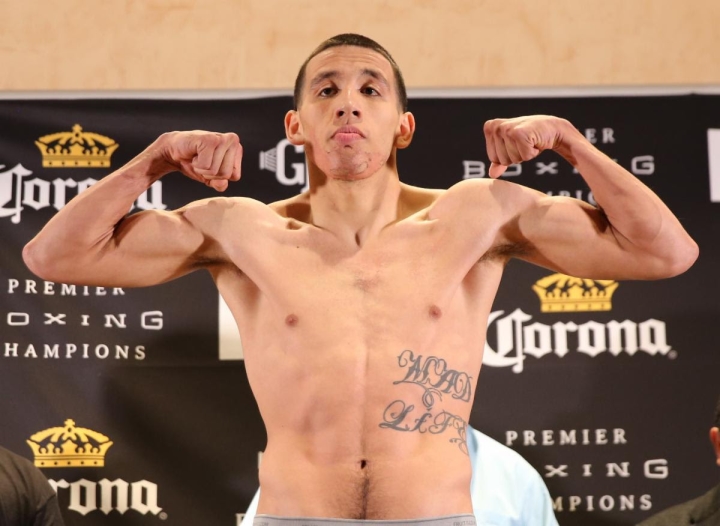 The 29-year-old Lynch exhibited tremendous defense, worked well off his jab and confounded Hernandez at times with his movement in what was a step up in competition for him at Shrine Auditorium & Expo Hall.

The eighth and final round mirrored many of the previous rounds, as Lynch used his legs to out-maneuver Hernandez, who pressed forward without landing many flush punches. Lynch nailed Hernandez with a right to the side of his head just before the midway point of the seventh round.

Lynch mostly remained out of Hernandez’s punching range during the sixth round and consistently pumped his jab in those three minutes. Hernandez did drill Lynch with a straight right hand that got Lynch’s attention in that round.

Lynch snapped back Hernandez’s head with just under 1:20 left in the fifth round. Hernandez was busier in the fourth round and had some success, yet Lynch regained control of the action during the fifth round.

Lynch landed a chopping right hand out of a clinch with about 10 seconds to go in the fourth round.

A right hand to the body by Lynch landed with about 30 seconds to go in the third round. Lynch cracked Hernandez with a straight right up top that made Hernandez reset his feet a few seconds later.

Lynch drilled Hernandez with a right to the side of his head with approximately 45 seconds to go in the second round, when he continued to out-box Hernandez. A left-right combination by Lynch also connected several seconds later.

Lynch landed a hard jab and then a right hand that backed Hernandez into the ropes during the middle minute of the opening round. A stiff jab by Hernandez landed as Lynch pressed forward with about 15 seconds to go in the first round.

Lynch moved and defended himself well during those first three minutes of their fight.