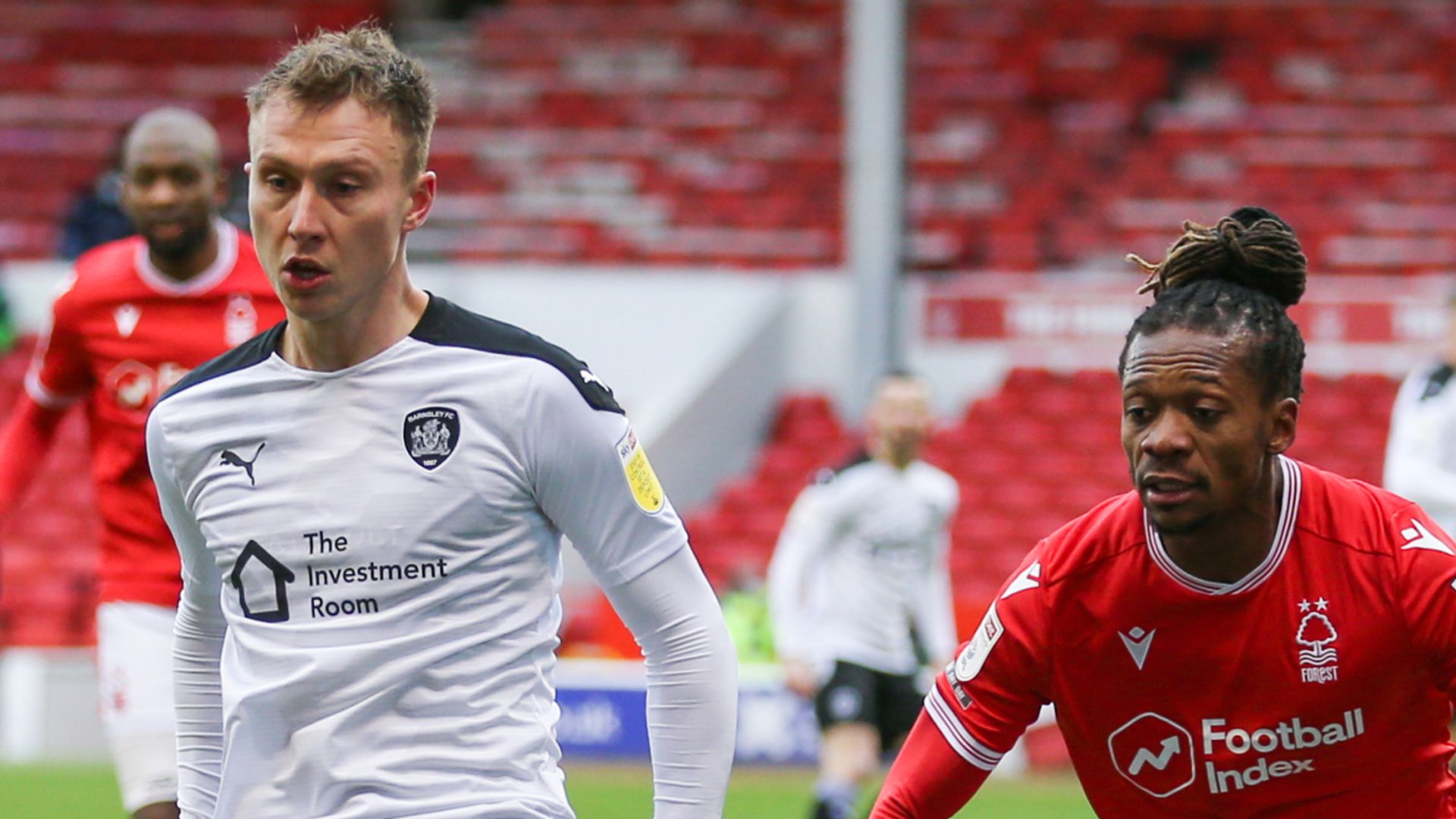 Nottingham Forest found themselves sucked closer to the bottom three after being held to a 0-0 draw by Barnsley at the City Ground.

​​​​​​Lewis Grabban and Anthony Knockaert spurned good chances to win it for the home side, but Brice Samba also had to make an outstanding save to keep out a header from Cauley Woodrow.

A point was not the ideal result for either side, but it was particularly frustrating for Chris Hughton’s men, who now find themselves out of the relegation zone by a margin of only three points, ahead of Rotherham, who have two games in hand.

It was a cagey, uneventful affair for the first 18 minutes, with neither side creating much in the way of opportunities.

But Forest should then have taken the lead when clever play from Sammy Ameobi saw Grabban sent racing clear of the Barnsley defence. But the striker, who scored 20 goals for the Reds last season, fired wide of the target with only Brad Collins to beat.

Barnsley had a decent claim for a penalty when Michal Helik appeared to have been pulled back in the box by Joe Worrall, as he was about to shoot, but referee Leigh Doughty was not convinced.

Forest threatened again when Knockaert made good progress down the right side, before squaring a pass to Ameobi. He took a touch before firing a low shot back across goal and narrowly wide of the post.

The home side were looking the more likely to score and they should have done when Knockaert broke and raced towards the box but, instead of shooting, he unselfishly passed to Grabban – who had strayed into an offside position.

A Knockaert corner created a half-chance for Gaetan Bong but the defender shot wildly over.

The second half began with Alex Mowatt sending an equally wayward effort wide for Barnsley. Callum Brittain was closer with a driven effort from the edge of the box before Herbie Kane was denied by a fine save from Forest ‘keeper Samba, who got across brilliantly to tip over.

Samba was called upon to make an even better stop when Woodrow attacked a header a few yards out – and got plenty of power on it – only for the ‘keeper to claw away.

Ameobi rose to attack a header at the far post for Forest, but it lacked the power to trouble Collins in goal. A Cyrus Christie cross picked out Knockaert in space at the far post – but he volleyed wide.

Both sides had missed opportunities to snatch the win as the clocked ticked down. Barnsley won a flurry of corners in injury time, but could not make them count.