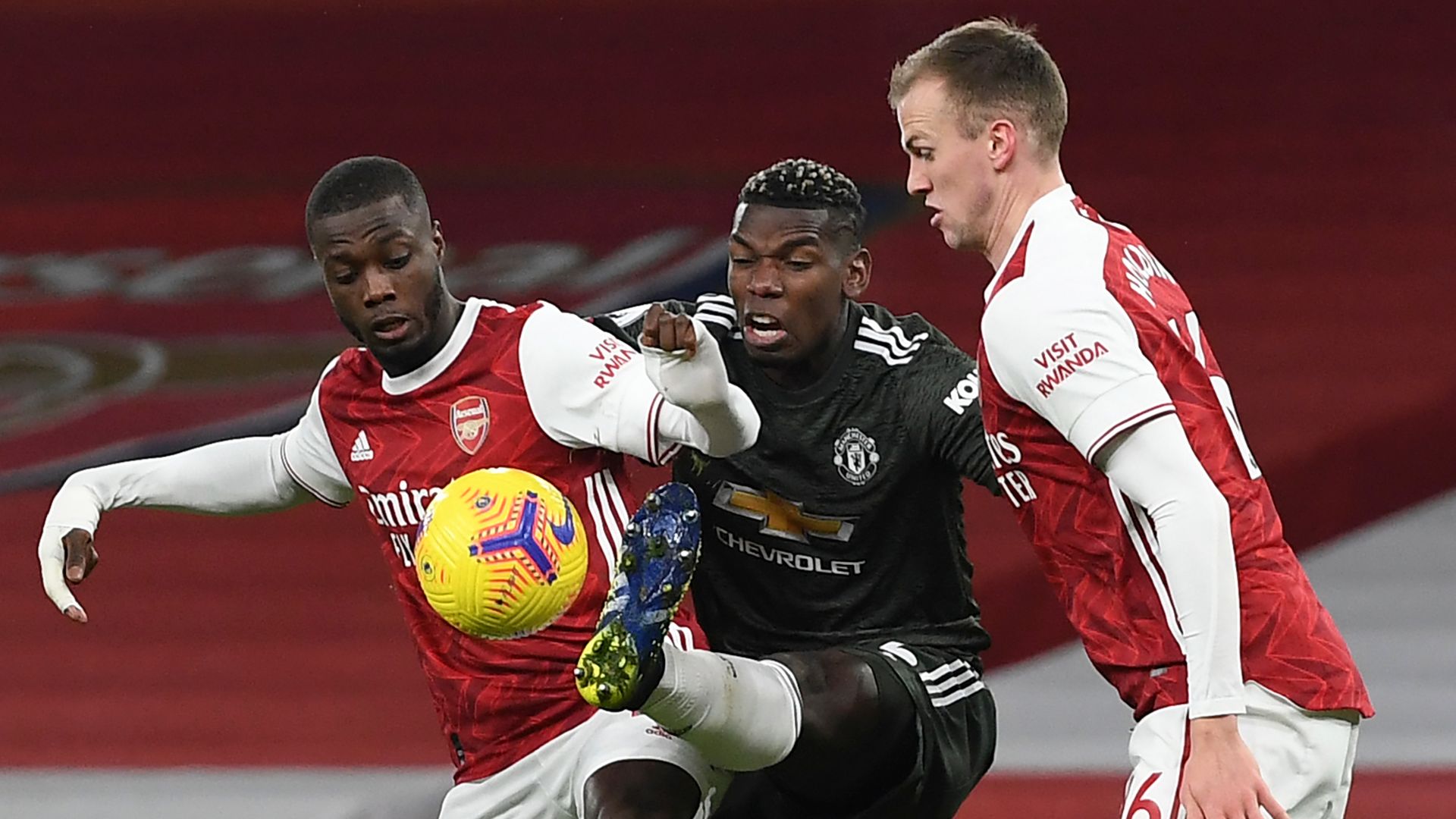 Manchester United were held to a 0-0 draw by an under-strength Arsenal side at the Emirates Stadium as they lost ground to Manchester City at the top of the Premier League.

The Gunners, who were without captain Pierre-Emerick Aubameyang, Bukayo Saka and Kieran Tierney, started brightly, but United, who lost Scott McTominay early in the match to injury, grew into the game and fashioned the best chance before the break.

Bernd Leno made a smart save to deny Fred, while Marcus Rashford failed to get a shot away when free at the back post as the sides went in all-square at the break.

In the second half, Arsenal came out the stronger of the two sides as Alexandre Lacazette’s free-kick hit the crossbar before David de Gea made an excellent block to keep out Emile Smith Rowe’s strike. Nicolas Pepe sent a curling effort inches wide late on before Edinson Cavani steered arguably the best chance of the game wide in the dying stages.

The point sees Arsenal, who brought on Martin Odegaard for his debut late on, move up to eighth, while United, who stay second, slip three points behind leaders Manchester City, who have a game in hand.

Arsenal are back in action on Tuesday when they travel to Wolves in the Premier League; kick-off 6pm.