Caleb Plant is known more for his boxing ability than his power, but that didn’t prevent him from predicting a knockout Saturday night.

The unbeaten IBF super middleweight champion promised during a virtual press conference Thursday to dominate and stop Caleb Truax in their 12-round, 168-pound title fight in Los Angeles. Truax has lost inside the distance twice – in the 12th round versus Daniel Jacobs in April 2015 and in the first round against Anthony Dirrell a year later. 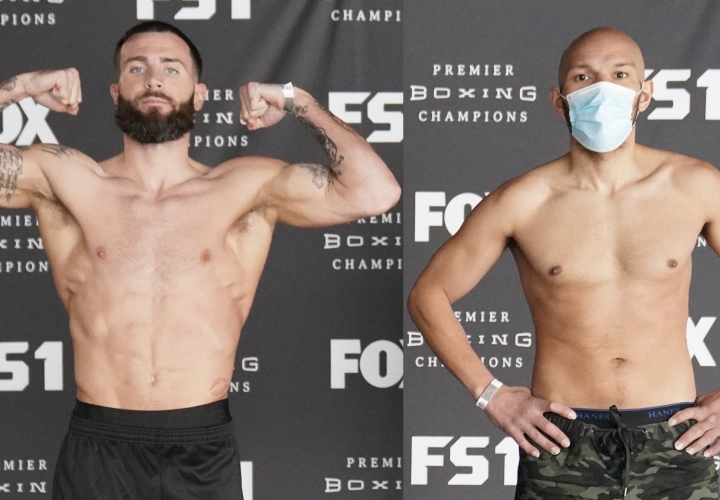 The 28-year-old Plant (20-0, 12 KOs) has won each of his two title defenses by technical knockout, although both of those opponents appeared overmatched. Plant stopped Mike Lee (21-1, 11 KOs) in the third round of their July 2019 bout at MGM Grand Garden Arena in Las Vegas and beat mandatory challenger Vincent Feigenbutz (32-3, 28 KOs) by 10th-round technical knockout last February 15 at Bridgestone Arena in Nashville.

Handicappers have installed the Ashland City, Tennessee, native as at least a 45-1 favorite to top Truax, another IBF mandatory challenger.

“It’s going down with me getting my hand raised, in spectacular fashion,” Plant said. “Like I said, I don’t see this fight going 12 rounds. So, people love knockouts. They should tune in.”

FOX will broadcast Plant-Truax as the main event of a tripleheader from Shrine Auditorium & Expo Hall (8 p.m. EST; 5 p.m. PST). The 37-year-old Truax (31-4-2, 19 KOs, 1 NC), a former IBF super middleweight champ from St. Michael, Minnesota, is confident that his determination and pressure will provide Plant with a much more difficult fight than Plant and others anticipate.