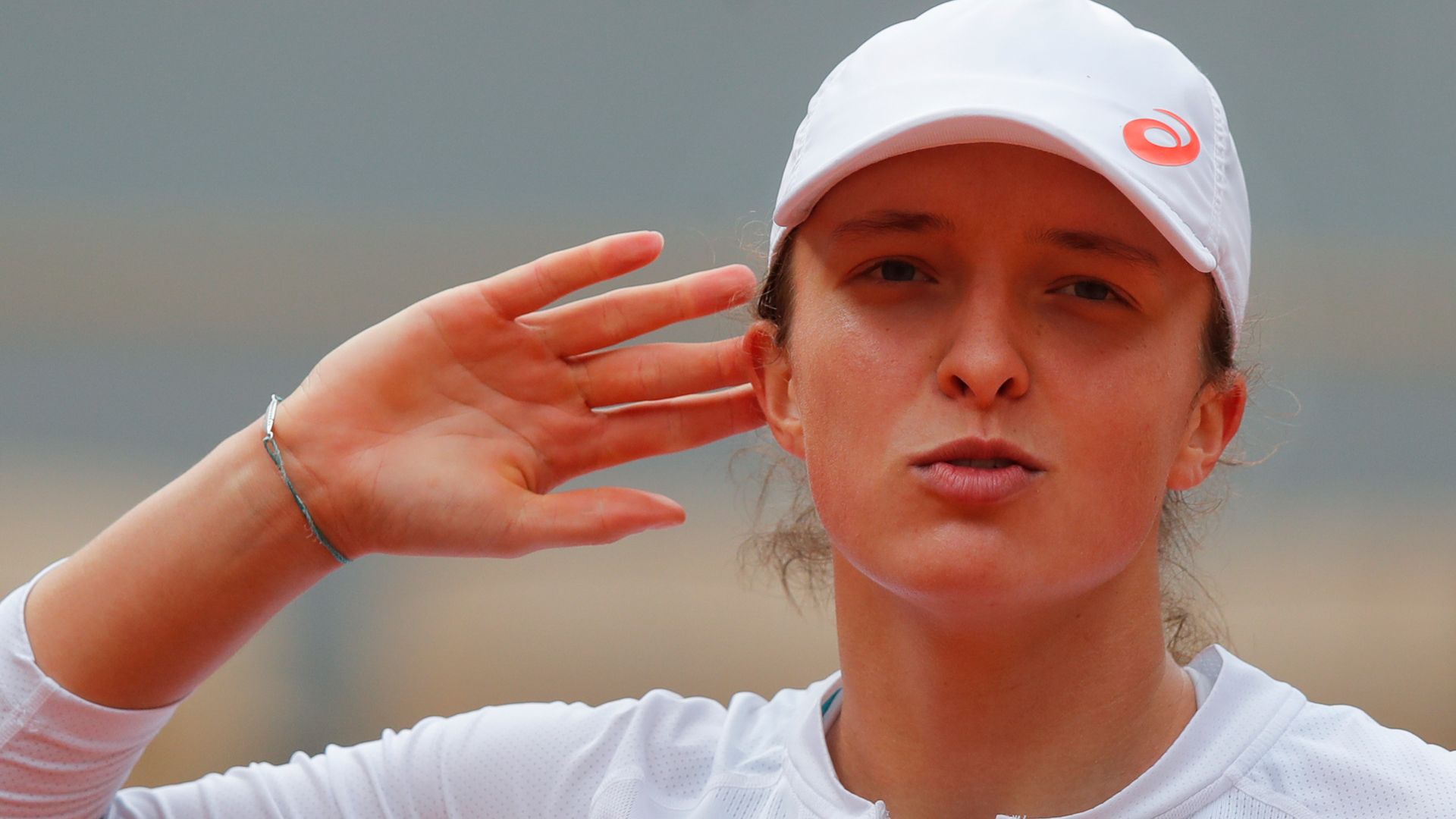 French Open champion Iga Swiatek has found peace on court after a couple of chaotic months following her incredible victory at Roland Garros when she claimed her maiden Grand Slam crown; the Pole is now preparing for the Australian Open which begins on February 8

French Open champion Iga Swiatek says she is ready to sharpen up the mental side of her game to deal with the expectation that comes with a Grand Slam trophy.

The Pole went from being a largely unknown teenager ranked 54th in the world to acquiring celebrity status when she won her maiden Grand Slam title at Roland Garros in October.

Swiatek was the youngest woman to win the French Open since Monica Seles in 1992 and the first to do so without dropping a set since Justine Henin in 2007.

She subsequently climbed to a career-high 17th in the rankings but with such high expectation came a couple of chaotic months before she finally found peace on court during pre-season in Tenerife.

“The two weeks were crazy after the French Open,” Swiatek said in an interview with the official WTA website. “But later, when we started focusing on practice, I thought it would be hard for me because I was tired.

“But actually, when I was on court it was like coming back to basics and back to what I know and what I’ve been doing for so long. It was great. I could see that it’s my place to be and I felt safe there, good and confident.”

Her coach Piotr Sierzputowski, who won the award for best coach, is not satisfied with one Grand Slam title and the burden of expectation is something Swiatek tried to address with her sport psychologist Daria Abramowicz.

“When we were talking about our goals for next season, he said he’ll be satisfied when I win a few of them,” Swiatek said. “It’s not going to be the only one and we’re going to prove that I can be consistent and be a mature player.

“We’re also working with Daria on the mental side because I know the next season will be harder for me because of expectations and all that.”