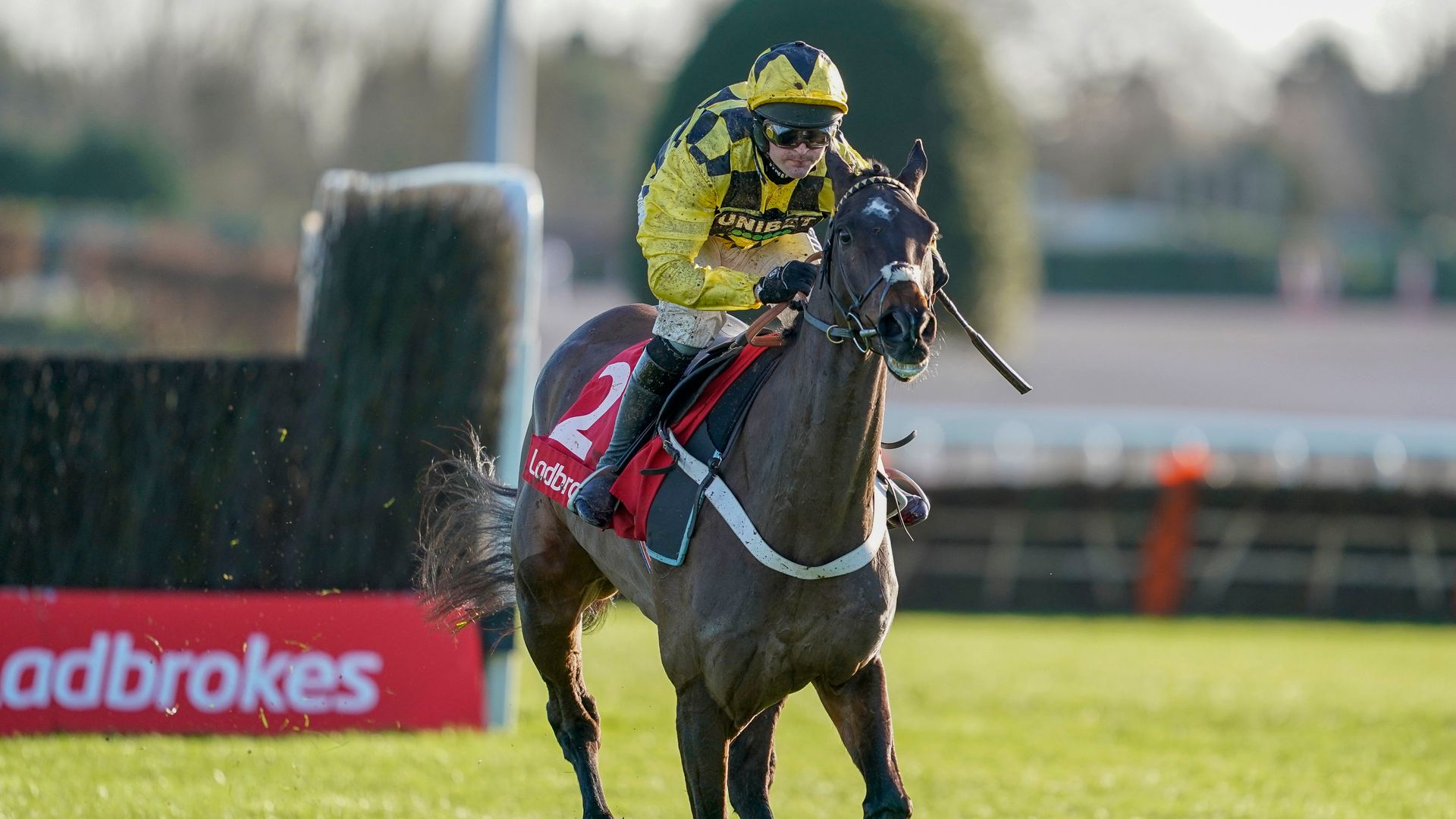 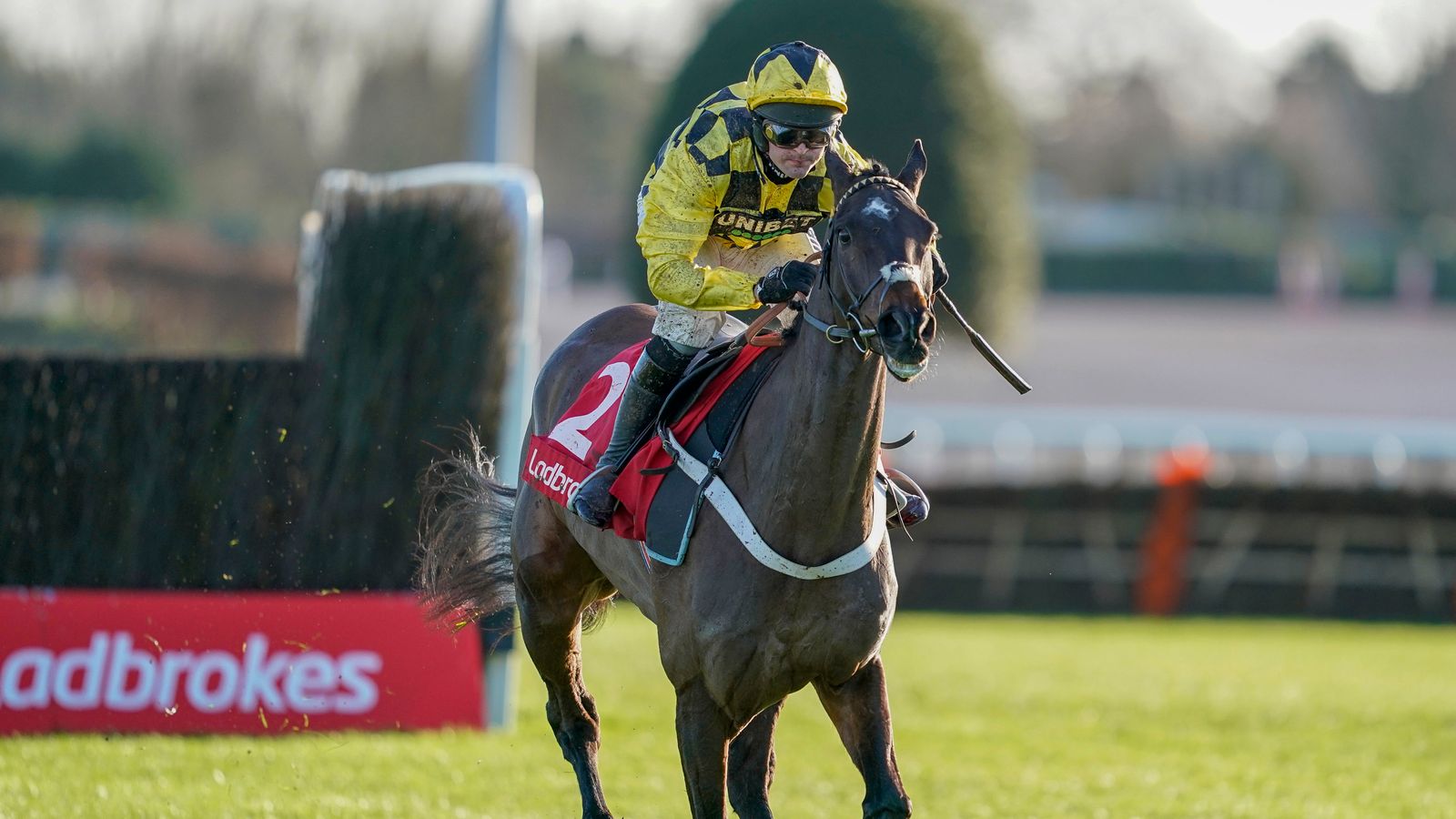 Shishkin bids to continue his relentless march towards another Cheltenham Festival success with victory in the Irish Thoroughbred Marketing Lightning Novices’ Chase at Doncaster on Saturday.

An early fall on his hurdling debut at Newbury last season aside, the Nicky Henderson-trained seven-year-old has a flawless record under Rules, with a narrow triumph in a thrilling renewal of the Supreme Novices’ Hurdle the undoubted highlight of his career to date.

He has made a smooth transition to jumping fences this season with a pair of emphatic wins at Kempton – and given he is already odds-on to bag a second Festival success in the Arkle in March, it will be a major shock if he comes unstuck on Town Moor this weekend.

Henderson told Unibet: “He’s looked very good in both starts over fences and has done everything we’ve asked so far.

“We were considering going to Warwick (for the Kingmaker Novices’ Chase), or even Newbury for the Game Spirit, but Altior will be going there, so this seemed the most suitable race and his work has been very good along with his schooling.

“One can never be over confident, and Eldorado Allen is no slouch, but Shishkin is a very exciting chaser and I don’t think the 5lb penalty will make any difference.

“I’m looking forward to getting him out again.”

Shishkin is taken on four by rivals, each of whom has a mountain to climb on official ratings.

Cheddleton steps up in class following back-to-back wins for trainer Jennie Candlish, while Colin Tizzard’s Eldorado Allen bids to get back on the winning trail after losing his unbeaten record over fences when fourth in the Grade One Henry VIII Novices’ Chase at Sandown.

Candlish’s assistant, Alan O’Keeffe, said: “We haven’t got many options – there was only this race or the Kingmaker at Warwick. With the way the weather has been, the Kingmaker could be off and he mightn’t run for six weeks.

“We’re taking on probably the best two-mile novice chaser in England, but our horse has done nothing wrong.

“We’re probably playing for place money if Shishkin turns up at his best, but we’ll learn a bit more about where we stand.

“He’s in good form and if he has a clear round of jumping and runs well, we’ll be happy.”

There was just a head between the Sarah-Jayne Davies-trained Est Illic and Paul Nicholls’ Fast Buck in a novices’ handicap chase here over the Christmas period, and Fast Buck is expected to reverse that form on considerably better terms.

“He is obviously up against it against Shishkin, but has run really well in both starts over fences since joining us in the summer and with a bit of luck would have won each time,” Nicholls told Betfair.

“He was going best when he came down in front at the second last at Hereford before being chinned on the line by East Illic after a sustained duel at Doncaster.

“He was giving lumps of weight to the winner and should gain some valuable experience in this.”