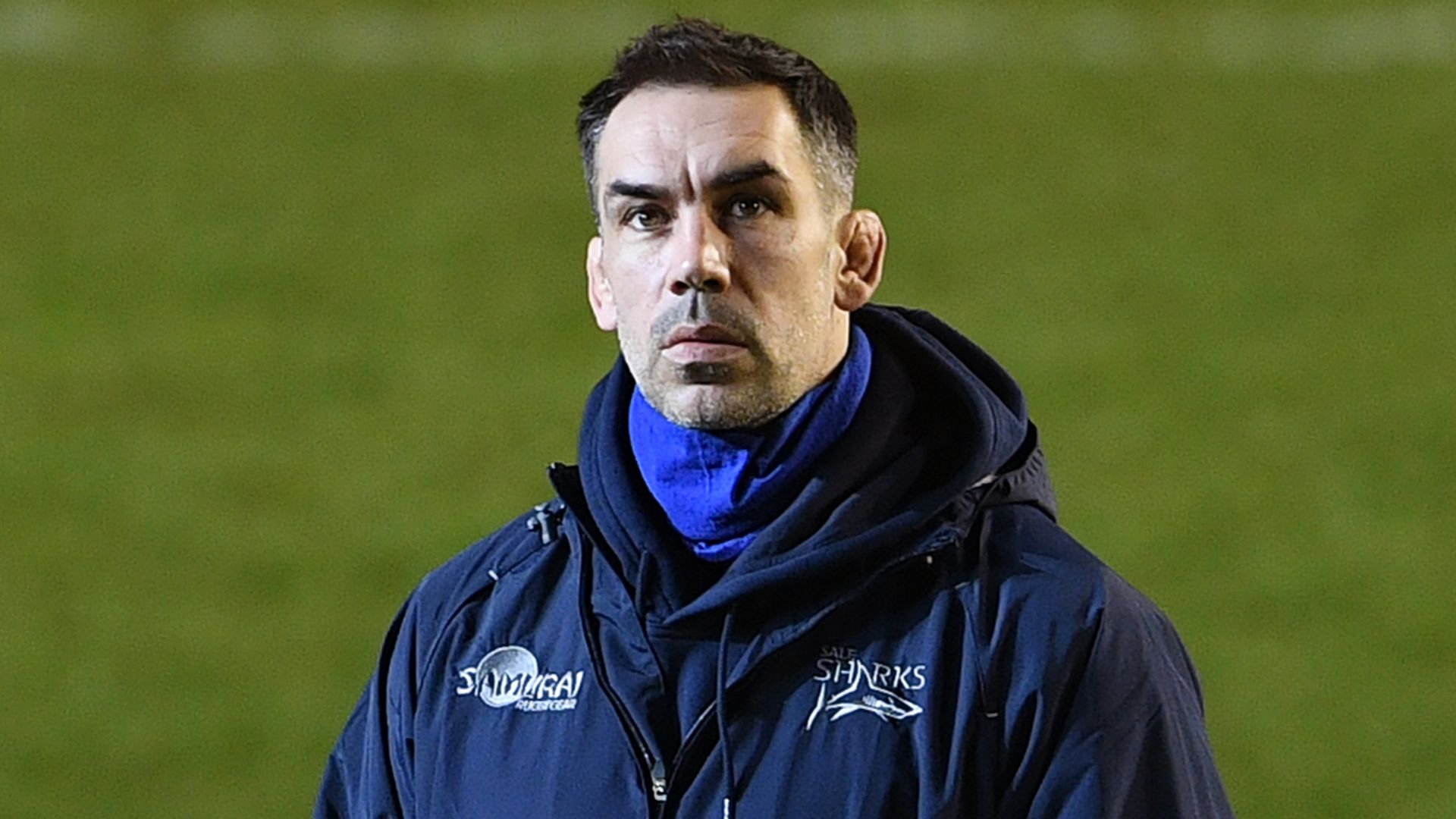 Alex Sanderson was overseeing his first game since replacing Steve Diamond as director of rugby at Sale; Tries from Sam James, Cobus Wiese and Marland Yarde clinched victory for the Sharks after the Tigers had led early on

The 41-year-old ended his glittering 17-year association with Saracens as both a player and coach to replace Steve Diamond as director of rugby during the two-week break in Gallagher Premiership action.

He wasted little time in delivering some early success in his role as his new side produced a performance brimming with physicality and a clinical cutting edge to move up to second in the Premiership table.

It was a chastening evening for Leicester head coach Steve Borthwick after his side established an eight-point lead through Tom Youngs’ try on his 200th club appearance and Zack Henry’s early penalty.

But they would not score again in the following 53 minutes as Sam James, Cobus Wiese and Marland Yarde all landed tries in what proved in the end to be a comfortable victory for the Sharks.

It had all started so brightly for the Tigers, who dominated the first half but somehow found themselves going in at the break two points behind.

Veteran Richard Wigglesworth, returning from his suspension for Covid-19 rule breaches while on Barbarians duties, gifted James an 80-metre interception try that AJ MacGinty improved to put Sale within a point.

Tigers nearly scored a runaway try of their own as Matt Scott raced into the Sale 22 only for Faf de Klerk to produce a fine covering tackle.

Wigglesworth’s loose pass was hacked forward by Yarde who was denied a certain try by Tigers full-back Freddie Steward’s brave diving intervention metres from his own line.

Henry’s horrible clearance from deep inside his own in-goal area then invited further pressure as MacGinty struck a penalty in first-half stoppage time.

The second half started disastrously for Tigers as Harry Wells was sin-binned defending his own line and Wiese immediately made them pay driving over for Sale’s second try.

Worse was to follow as MacGinty’s wonderful cross-field kick was caught and finished coolly by Yarde to put his side two converted scores ahead entering the final quarter of the match.

Nephi Leatigaga’s yellow card once more put Tigers at a man disadvantage as MacGinty stretched the advantage further with his fourth successful kick of the evening.

Leicester did show some fight and put themselves within three points of securing a losing bonus point in the final 10 minutes of the contest when Nemani Nadolo strolled over for a try which Johnny McPhillips superbly converted.

But it was actually Sale who blew their chance of adding an extra point when they fumbled five metres from the line in the final minutes.