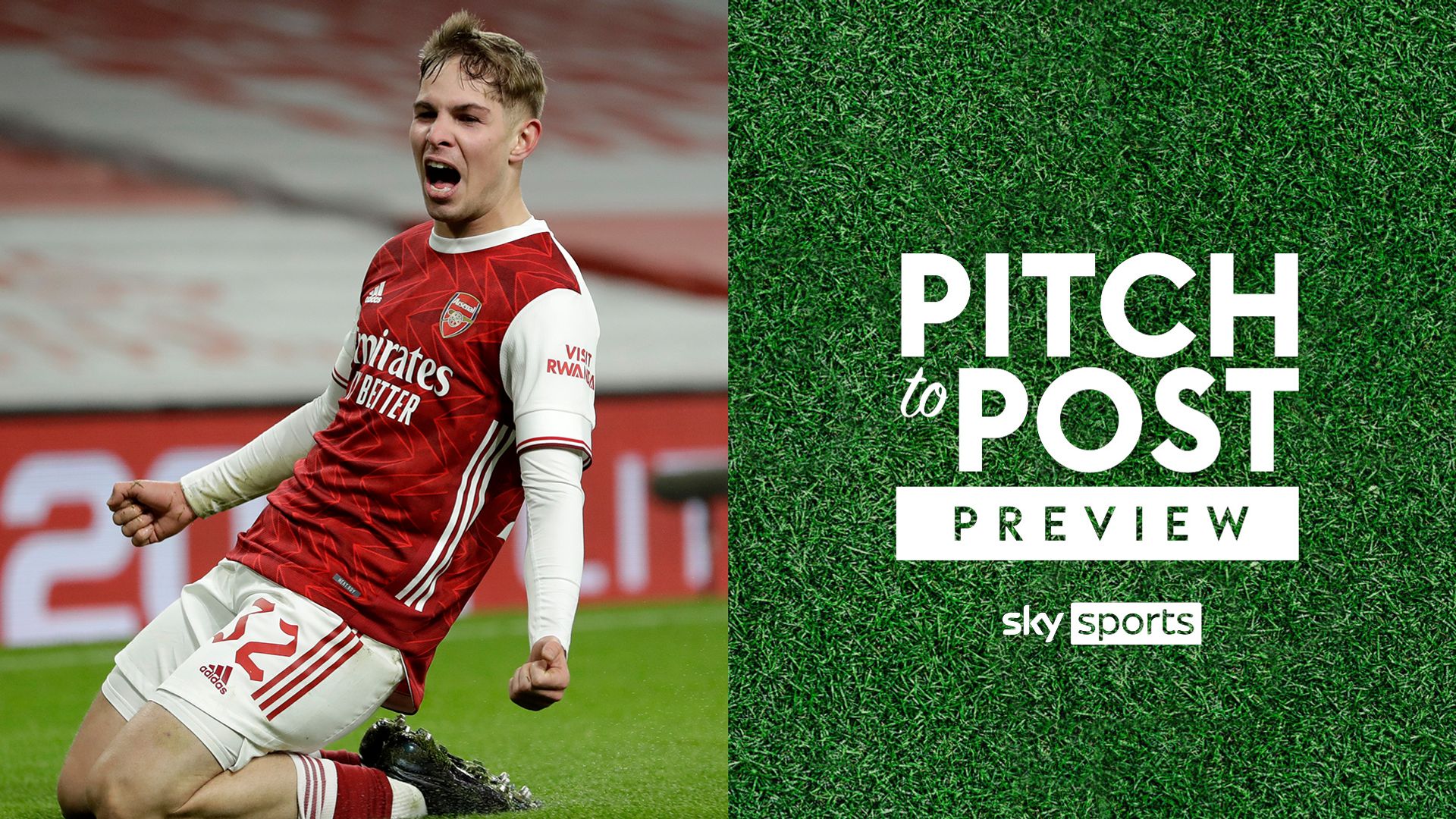 Emile Smith Rowe has been the spark for Arsenal’s turnaround – but Martin Odegaard’s arrival means he has a contender for his No10 role. He needs to rise to the challenge, says Jamie Redknapp.

Arsenal have taken 16 points from the last available 18 in the Premier League since Smith Rowe came into the team for the Boxing Day win over Chelsea, which transformed the Gunners’ run of form.

The 20-year-old academy graduate has three assists in those six top-flight appearances and, along with fellow youngster Bukayo Saka, Smith Rowe has been a driving force behind Arsenal’s resurgence.

However, Odegaard’s arrival on loan from Real Madrid has seen Mikel Arteta add another talented young player to his squad and the 22-year-old Norway international will be vying for a similar role to Smith Rowe in Arsenal’s attack.

Speaking on the Pitch to Post Preview Podcast ahead of Arsenal’s big Saturday evening clash with Manchester United on Sky Sports, pundit Redknapp applauded the contribution Smith Rowe has made so far – but warned he will repeatedly face talented team-mates aiming to take his role in the side.

“The main catalyst has been the young players,” said Redknapp. “Emile Smith Rowe has come in and been a revelation. They needed someone to light the flame, give them that spark.

“I remember at Liverpool when Graeme Souness gave myself, Steve McManaman and Robbie Fowler our debuts we had no fear. The senior players were more nervous, a bit consumed by fear.

“I felt that as I got older but when you’re a young player you don’t care, you just want to play.

“For Emile Smith Rowe this is the dream. He’s an academy boy and you can see he’s doing a great job, the fans love him.

“I hope with Odegaard coming into the club, that doesn’t stop him being instrumental in what they’re doing.

“The hardest thing for him will be – and I’m sure he knows this – where he plays is a position where you’re always looking for the best in the world or players in that position to be a No 10 or wide man. He’s competing with some of the best.

“So he’s going to have to always maintain these standards he’s producing right now.

“But I’ve been so impressed with him, I love his work ethic, I love the way he runs with the ball, he’s been a breath of fresh air for this team, exactly when they needed it.”

Time for Odegaard to find a home

On the other side of the coin, Odegaard will be arriving in the Premier League keen to show he has developed into a talented professional, after joining Real Madrid amid much fanfare as a 16-year-old in 2015.

Since then, Odegaard has been on a series of loan spells and struggled to break into Zinedine Zidane’s first team at Real Madrid.

Redknapp is excited to see what he will bring – but warned Odegaard that earning a spot in this improving Arteta side won’t be easy.

“It feels a bit of a shame really because I remember when he burst onto the scene, and it was a case of’ what’s going to be next for this young man?'”, said Redknapp. “I get it, I understand it, I did it when I went to Liverpool when I was 17, and I was pretty lucky things worked out for me there.

“He went to Real Madrid and it probably felt at that time too early, it didn’t feel like the right move. You have to gradually start the process of becoming a Real Madrid player when you’re 23, 24 and you’re established. Otherwise you get lost in the B team. Zidane is obviously not that big a fan.

“He’s 22 – I’m amazed, it almost feels like a wasted six or seven years. He might not say that. He might say it’s a great experience for him but to keep going on loan… you need a home.

“But this is a chance for him to have a look at the Premier League and he might think this is the best option for him for his style of play.

“Sometimes younger managers prefer to work with younger players, and that seems to be the case a little bit, that Arteta gets the best out of them.

“With Odegaard coming in, you’d like to think he’s a player who can give you an option if you need it but Smith Rowe has that shirt now and Odegaard is going to have to work hard to get into this team.”

For more from Jamie Redknapp on Arsenal’s rising young players, Manchester United’s shock setback to Sheffield United, and how Saturday’s big clash will play out, listen to the Pitch to Post Preview Podcast.