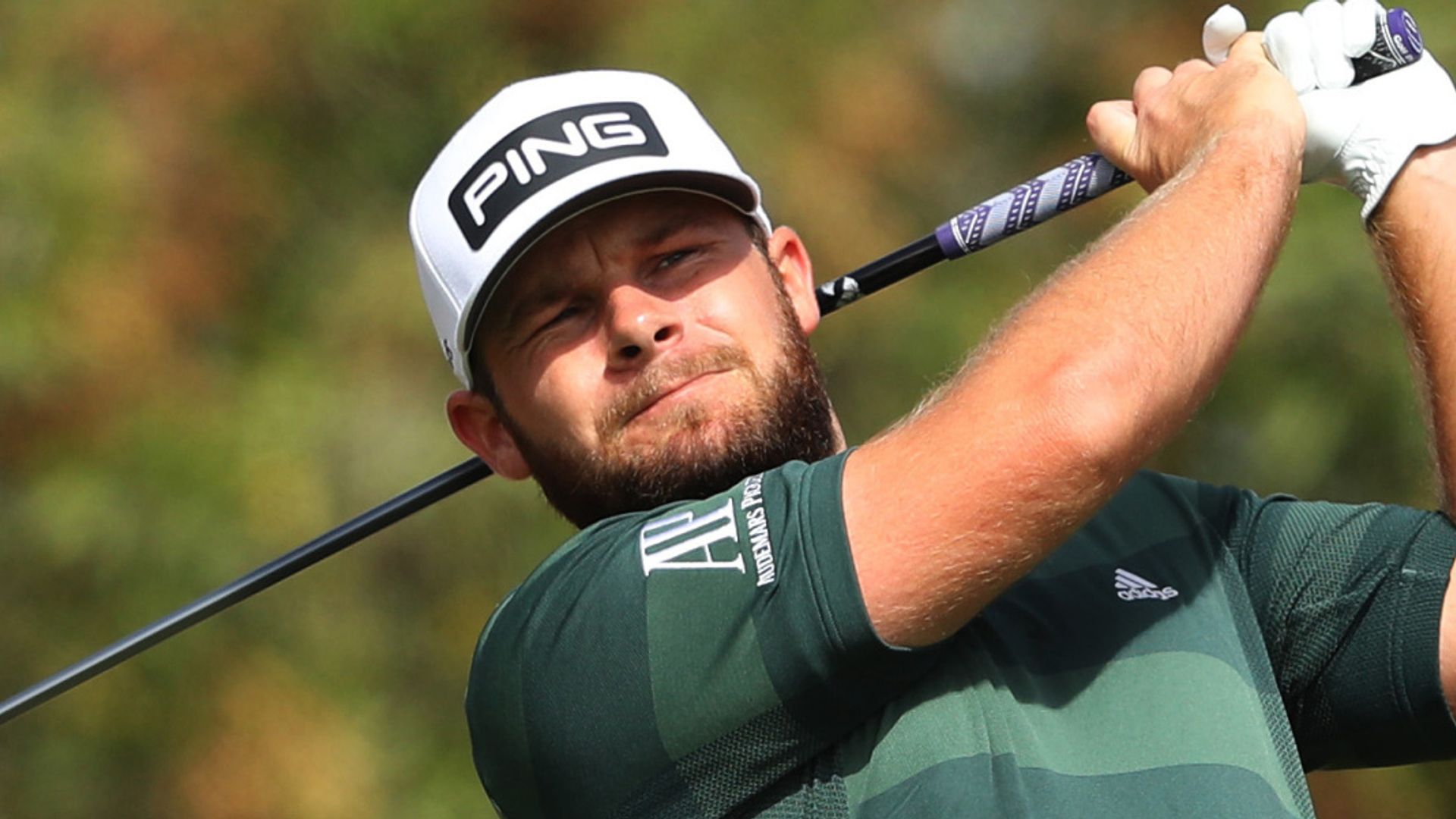 “The goal was to try to make the cut after a disappointing start. So I’m really happy that I’m going to be here for the weekend, and I’m hoping that I can push on now and see where we go”

Tyrrell Hatton is looking forward to the challenge of piling early pressure on the leaders after hauling himself back into contention with an outstanding day two fightback at the Omega Dubai Desert Classic.

Hatton’s all-round game deserted him early on the opening day at The Emirates GC as he made only one birdie and ran up five bogeys in a four-over 76 that left him needing to go low on Friday just to avoid a weekend off.

His task was made harder by playing in the later session, with a stronger breeze and crusty greens to negotiate, but a near-perfect approach to a foot on the first hole set the tone for Hatton’s round.

Last week’s runaway Abu Dhabi champion did benefit from elements of good fortune, chipping in for eagle at the third and also holing out from sand for a bonus birdie at the sixth, and he responded to a bogey at the eighth with another pure iron in close to set up birdie at the ninth.

The world No 5 reeled off three consecutive birdies from the 11th to get to eight under for the day, and four under for the tournament, although he gave another shot back when his tugged fairway-wood from the tee at the 14th plugged in a sandy waste area.

But he again hit back in style, rolling in his eighth birdie putt of the day at 16 and just missing out on further chances over the two closing holes, not that he was complaining about shooting the low round of the second day.

“Looking back I’m pretty happy with that round of golf, to be honest,” said Hatton with a hint of understatement. “Going out, the goal was to try to make the cut after a disappointing start. So I’m really happy that I’m going to be here for the weekend. I’m hoping that I can push on now and see where we go.

“It was nice to be eight under through 13, got quite fortunate with especially the birdie on 13 (where he holed a long putt from the fringe). Just a bit of a bonus that one going in.

“And then what happened on 14 was pretty tough to take. It was a poor tee shot, but you don’t expect to be plugged with a three-wood but it is what it is. I’m a little bit disappointed I didn’t birdie 17 or 18, but I can’t really complain with 64.”

Hatton is now hoping to take advantage of better scoring conditions early on Saturday, with flatter, smoother putting surfaces giving him extra confidence to continue his march up the leaderboard.

“I think tomorrow is probably going to be an advantage going out a little earlier,” Hatton added. “The greens will be smoother, but having said that, I holed quite a few putts today.

“But, to be honest, I think it was one of those days where you’re better off putting from 15, 20 feet than being in the five, six feet range and closer. At least then you can kind of give it a little bit of a roll and it’s got some momentum. We’ll see how we get on.”