The WBA continued playing musical chairs with its titlists Friday when the organization stripped inactive secondary cruiserweight champion Beibut Shumenov of his crown.

The sanctioning body made the announcement on the same day it downgraded Manny Pacquiao to WBA welterweight “champion in recess” and elevated Yordenis Ugas to WBA “super” welterweight champion.

Shumenov (18-2, 12 KOs) was supposed to fight Raphael Murphy on Friday as part of the Don King showcase in Florida, but a replacement opponent could not be secured. The WBA had ordered Shumenov to face Merhy in September, but the 37-year-old instead opted for the voluntary defense that never materialized today. 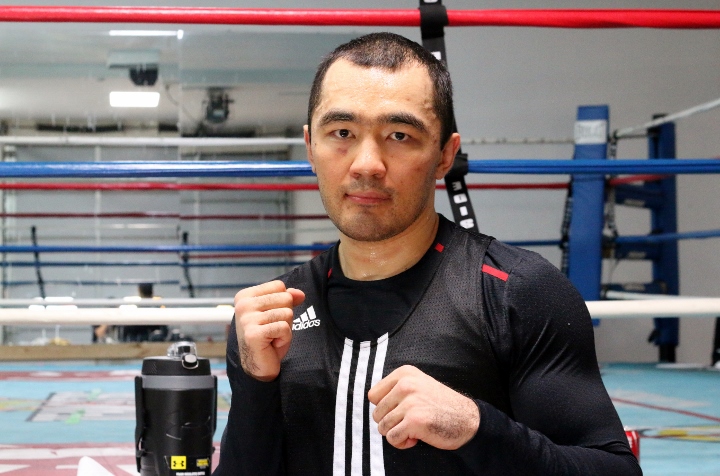 Shumenov — best known for losing a split decision to Bernard Hopkins in 2014 — has fought just once since 2016, a ninth-round stoppage win over Hizni Altunkaya in his hometown in 2018.

The WBA has multiple champions in nearly every division in boxing. To complicate matters even more, Arsen Goulamirian is the sanctioning body’s “super” cruiserweight champion.

The WBA wrote the following in its announcement regarding its decision to strip Shumenov:

“As rule C.14 states, A. Boxers, their representatives, and promoters are obligated to “know and be familiar with all Associations rules. Rule C.13, B. A champion must remain active and regularly defend his title. Within sixty (60) days of the expiration of the mandatory defense period, a champion is limited to fighting only a mandatory contender or leading available contender, and rule C.27 states that A boxer’s title, status, or recognition may be lost, removed, or vacated for three reasons, loss in a bout, violation of the Association rules or an alleged criminal conduct found by a national agency.

“The WBA’s decision was based on the internal rules. Shumenov has not defended his title in more than thirty (30) months despite the WBA’s requests that he participate in any of the multiple opportunities that were presented to him.

“For that reason, the recognition has been withdrawn and now Merhy is the cruiserweight champion. The Belgian will have 30 days to negotiate a fight with Dorticos. If no agreement is reached, the WBA will open the fight to Purse Bid and the purse distribution will be 75% for him and 25% for the Cuban.”