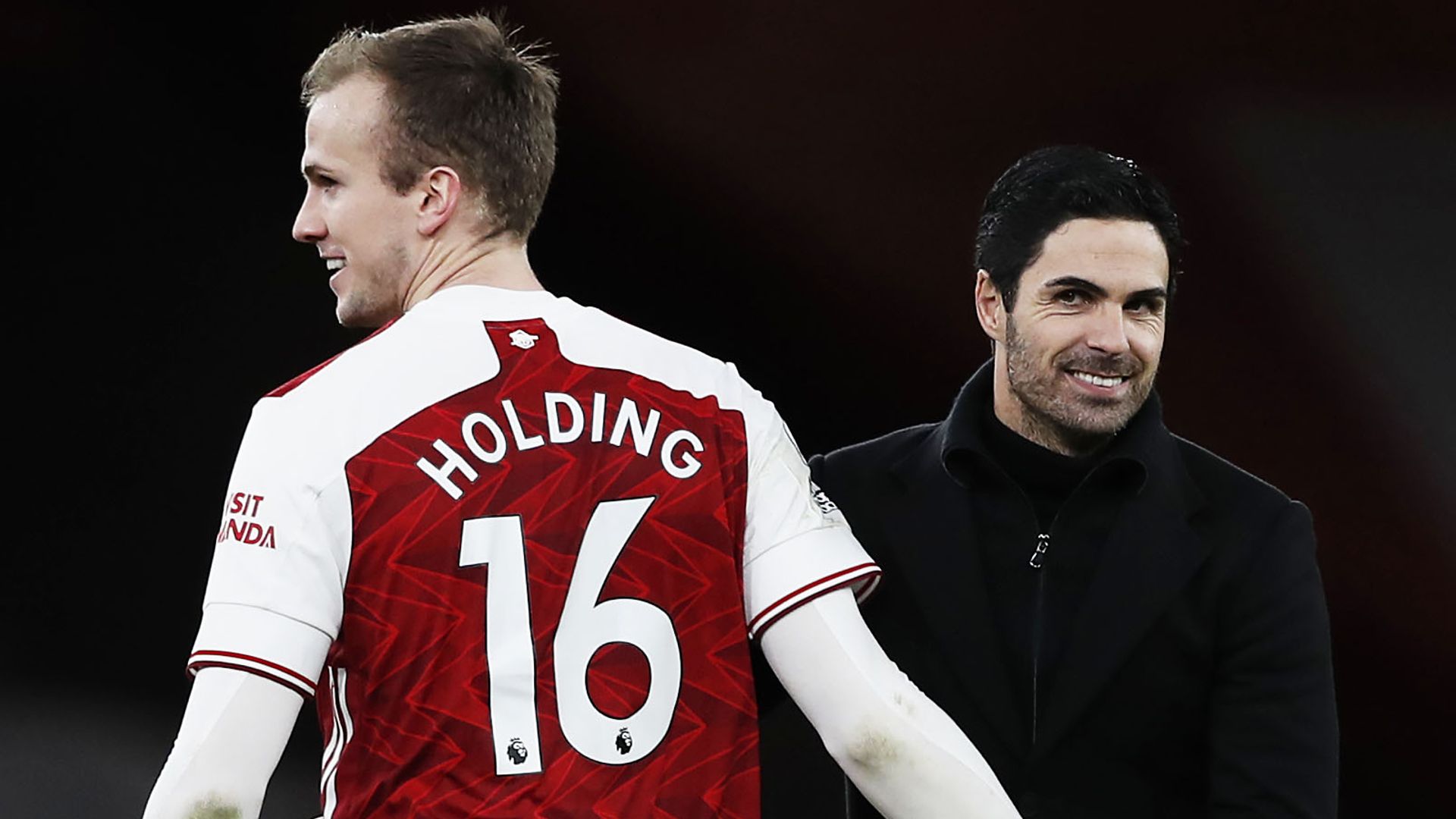 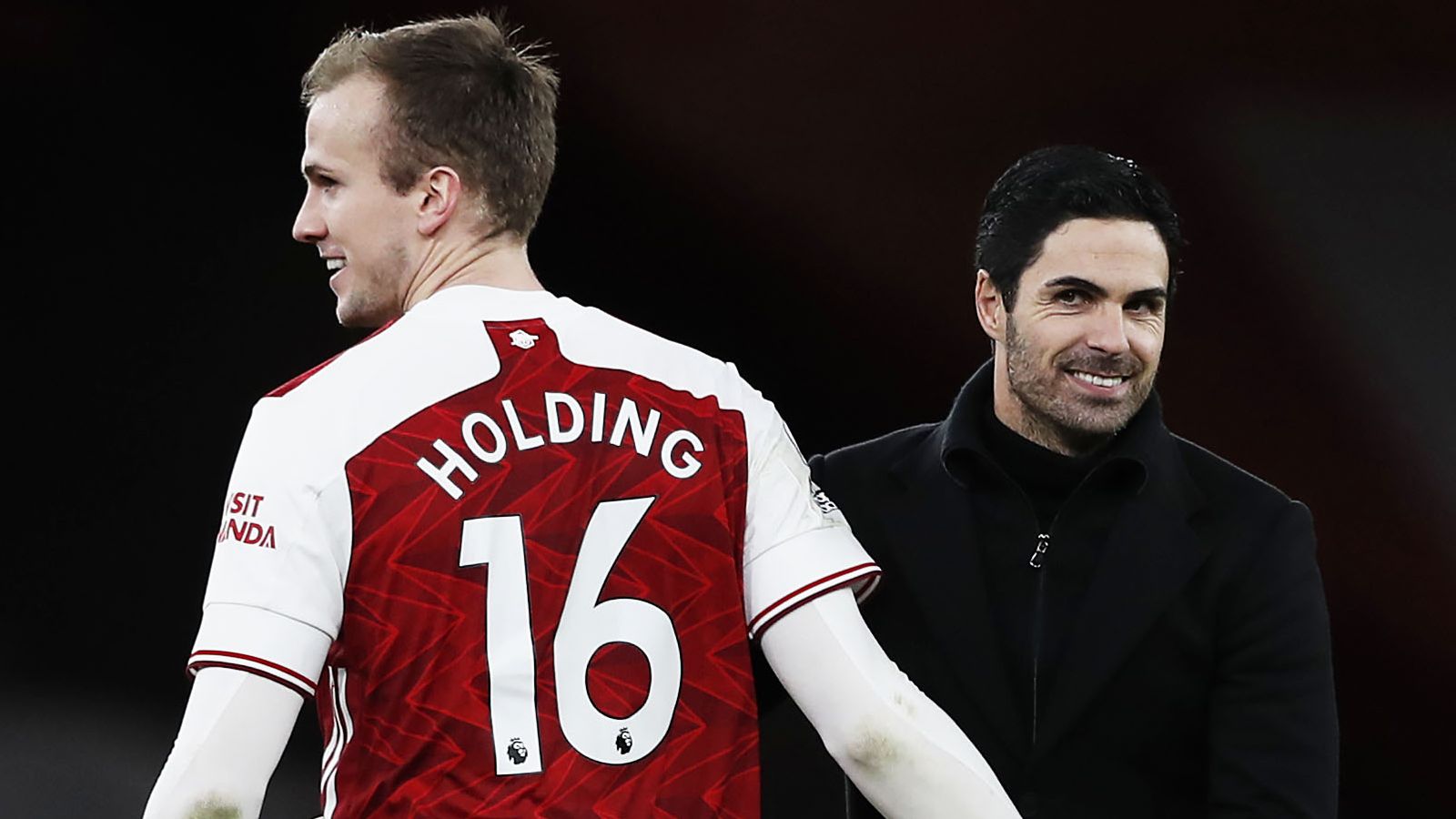 Our tipster Jones Knows thinks Rob Holding’s threat from set-pieces means he should be backed to score first at 100/1 for Arsenal vs Manchester United.

How did we get on in midweek?

We fell short. No real excuses this time either.

Leeds to win, over 2.5 goals and 14 or more Leeds shots at 11/4 fell short by five shots as Marcelo Bielsa’s side were actually quite lucky to hold on against Newcastle. Bielsa’s boys are a team to oppose now.

The first goal to be a header (5/1) in Everton vs Leicester made perfect sense but never looked like landing, while the less said the better about the Michael Keane to have a shot and Sheffield United shot count double.

What made the midweek all the more frustrating was Joao Cancelo bagging his second assist of the season. He was 13/2 with another bookmaker, which I pointed people to on my Twitter feed, but the traders at Sky Bet were as short as 2/1 so there was simply no value there. It proved another good example of how shopping around for a price is a key weapon in our battle. Oh, and also Harry Maguire scored a header vs Sheffield United. A player I tipped to score in the corresponding fixture earlier this season. When it rains, it pours.

1pt on West Brom to avoid defeat vs Fulham, Jake Livermore to be booked and West Brom to have most booking points (10/1 with Sky Bet – bet here!)

This is exactly the type of game Sam Allardyce was appointed for. A proper relegation six-pointer where the performance simply does not matter. It is about getting the result in any way possible.

Allardyce will have West Brom pumped and one key area will be their physicality up against a skilful, quick and creative Fulham midfield and attack. Since the start of December, Fulham rank fourth for most dribbles attempted in the Premier League with Andre-Frank Zambo Anguissa at the heart of it, ably supported by Ademola Lookman and Ruben Loftus-Cheek. Angussia drew two yellow cards against Brighton with Yves Bissouma and Alexis Mac Allister both halting his forceful runs into dangerous areas of the pitch. In their last six fixtures, Fulham have drawn 14 yellow cards from their opponents.

West Brom midfield general Jake Livermore will be tasked with breaking up Fulham’s play through midfield. He is averaging 2.2 fouls a game this season and has two yellow cards and a red to his name. I am happy to back him to receive a yellow here with the added extra of having West Brom to be shown more cards than Fulham and for Allardyce’s boys to avoid defeat. The 10/1 is juicy.

Rob Holding is fast becoming Mikel Arteta’s rock at the heart of the Arsenal defence.

He has started the last 10 games for the Gunners, performing excellently as the club have climbed the Premier League. But one thing is missing: a Premier League goal. He has never scored one.

However, the signs are very positive in that regard, so much so I am happy to invest in his chances this weekend against Manchester United. Since Arsenal’s defeat to Tottenham, Holding has developed into massive threat at set-pieces. In that period he has registered 10 shots at goal, posting an expected goal figure of 0.61 – now, that may not seem high but it is a return akin to the likes of Maguire, Lewis Dunk and Aaron Webster, all of whom trade around 20/1 most weeks to score first. We are able to get 100/1 on Holding, highlighting a huge edge in terms of probability in our favour.

Manchester United have conceded five goals from corners this season, including one in the defeat to Sheffield United on Wednesday. It is an area Arsenal should find some joy from, with hopefully Holding the man to take full advantage.