A multi-fight card, which was aired live by Boets and MatchTV, was conducted under strict rules and regulations, imposed by the ongoing COVID-19 pandemics.

In the main event, featherweight , 22, delivered a prolonged beating to WBA Pan African super featherweight champion Sibusiso Zingange (14-4-2, 3 KOs) before stopping him in the seventh round after knockdowns.

Batyrgaziev (3-0, 3 KOs) is a natural talent, who mixes amateur and professional boxing under the guidance of Kravtsaov. As an amateur, 2020 Russian national champion is one of the frontrunners to take a gold medal in the upcoming Olympics (if it takes place after all). As a pro, he doesn’t show huge firepower but he does deliver a non-stop piston-like attack, which helps him overwhelm his foes the way he showed against Zingange.

The South African wasn’t there for taking as he showed some solid fundamentals as well, often disturbing Batyrgaziev on his way in. His power and skills weren’t good enough to prevent the Russian from delivering damage, and Batyrgaziev cruised to a solid win. In the seventh, he dropped Zingange with a well-laced liver shot. Zingange, seemingly out, miraculously made it to the upright stance at the count of nine but was soon dropped again, at the very moment a white towel was thrown from his cornermen. 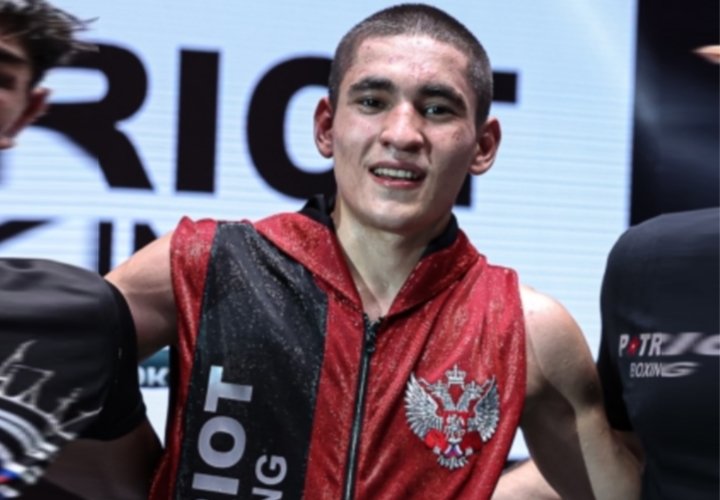 The first co-featured bout of the night saw rapidly rising Russian super middleweight Pavel Silyagin in a quickie versus a familiar face in Omar Garcia of Cumana, Venezuela.

Silyagin (now 6-0, 4 KOs) used his imposing right hand to dismiss Garcia in just 120 seconds of the first round. He firstly tagged the Venezuelan with a smashing right counter, which put Garcia on a queer street, then continued with three more right hands. Then he landed a left uppercut followed by three more right hands in succession putting the Venezuelan down in a face-first fashion. Garcia was counted out and dropped to 16-4, 13 KOs. He is 2-4 while fighting in Russia. He has been fighting mostly in Russia since his first visit here in June 2018

In a battle of two recent re-entrants to the pro game, Igor Ivanchenko (4-0, 2 KOs), who was originally competing for Ukraine but now lives in and fight for the Russian Federation, overwhelmed Kyrgyz native Daniel Seidibaliev (1-1-1, 1 KO) to his first pro loss – via a TKO in round five. Seidibaliev, who hasn’t fought for over two years, was pummeled all the way around the ring but never went down. Ivanchenko fought as a pro for the first time in three and a half years. Time of stoppage was 1:05.

2016 Rio heavyweight bronze medalist Rustam Tulaganov of Uzbekistan, now fighting primarily in the light heavyweight division, dominated Colombian veteran journeyman Beibi Berrocal (17-8, 16 KOs) over eight rounds. Tulaganov, 29, who competes incoherently as a pro, fought reluctantly and was rusty a bit; yet his vast amateur background allowed him to make it look easy against the fading opponent. Tulaganov is now 4-0, 1 KO, while Berrocal, 33, has lost his fifth straight and is winless since September 2016.

Experienced Russian amateur lightweight Pavel Fedorov surged in later rounds to get a hard-fought unanimous decision over previously undefeated Ukrainian import Andriy Borishpolets (3-1, 1 KO) in a scheduled six-rounder. Fedorov (now 2-0 as a pro) mixes amateur and professional fighting. He has a win over 2016 Rio bronze medalist Nico Hernandez, when both were in their mid-teens.