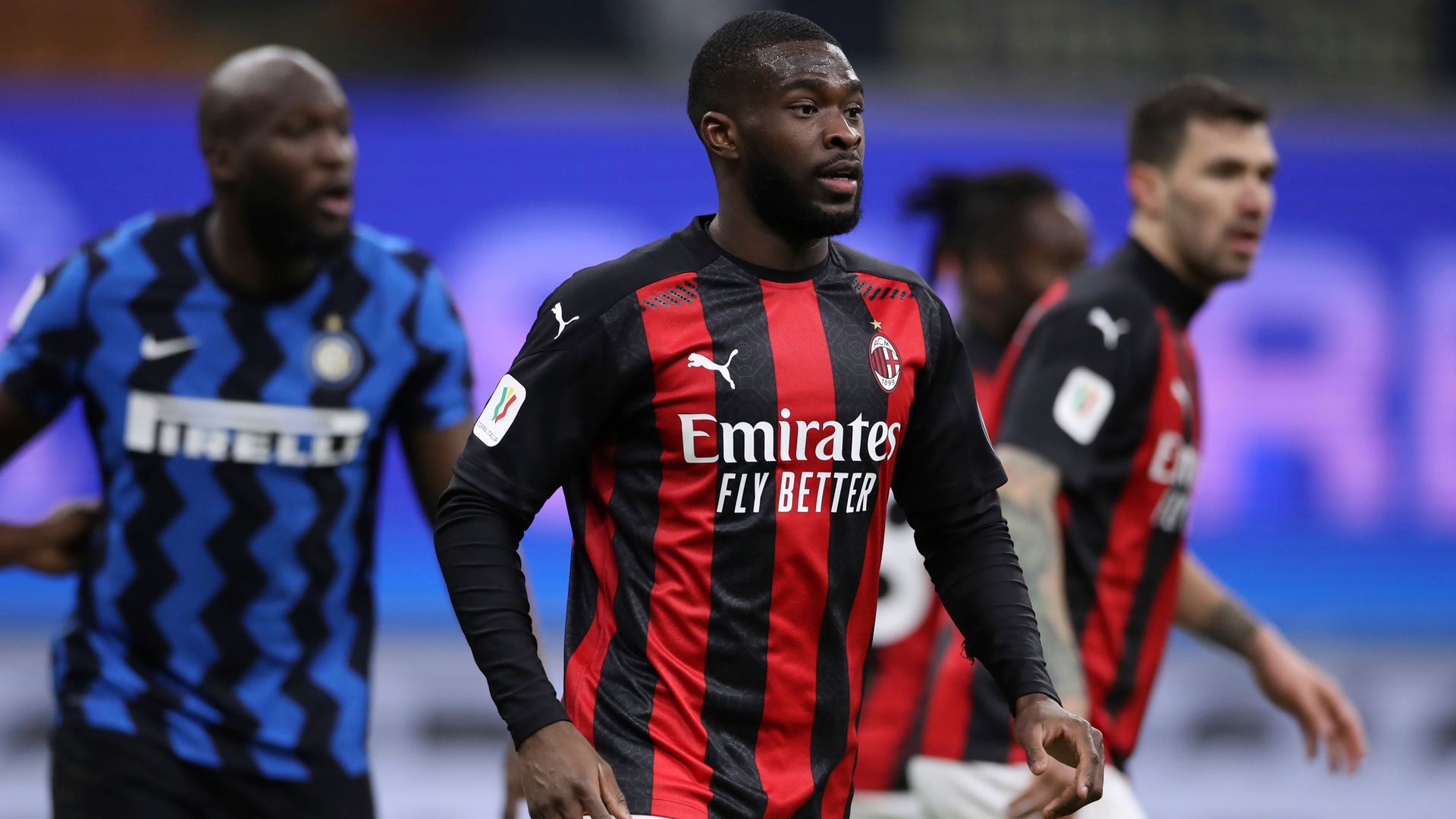 Fikayo Tomori is targeting Serie A glory for AC Milan this season after arriving on loan from Chelsea and thinks playing with Zlatan Ibrahimovic and Mario Mandzukic can enhance his development as a player.

Tomori joined Milan earlier in January until the end of the season and the deal includes an option to buy, which would cost the Italian side £26.6m (€30m).

The defender made his debut as an early substitute in the Coppa Italia quarter-final against rivals Inter Milan only four days after arriving at the San Siro.

Ibrahimovic scored the opening goal in the game but was then sent off in the second half as the Nerazzurri responded through goals from Romelu Lukaku and Christian Eriksen, inflicting a 2-1 defeat on Stefano Pioli’s side.

Despite the loss, Tomori made an impressive debut alongside Alessio Romagnoli at centre-back after replacing Simon Kjaer in the 20th minute, and he feels buoyed by the experience of playing his first game in a fiercely contested derby.

“I want to help the team as much as I can and the best way to do that is on the pitch… it was nice for me to play my first game,” Tomori said.

“The game was a derby. When it’s a derby, it’s very intense and very emotional, which is good. In England, there’s a lot of games like this.

Tomori, a product of Chelsea’s academy, has struggled for minutes in the Blues’ team this season, featuring just four times since the arrival of Thiago Silva as a free agent. The England international had played a bigger role last term, making 22 appearances.

With Milan suffering a defensive selection crisis and currently two points clear of the Inter at the top of the table, the 23-year-old feels confident he can help them to their first league title since 2011.

“I’m very happy to be here, to be playing again, to come to this club in a good moment,” Tomori said.

“The history of Milan is trophies. To be in this position that we’re in now and to not think about winning the Scudetto is something that we shouldn’t be doing.

“We should be thinking about winning the Scudetto. We can’t be afraid of saying we want to win it and we can win it. We have to have this kind of motivation and goal to win it.”

Tomori was signed during the same week that Milan acquired forward Mandzukic. He said having to defend against Mandzukic and Ibrahimovic in training, as well as playing with them, can only enhance his development.

“Playing with players like Ibrahimovic and Mandzukic, players that have played at the highest level in football is great,” Tomori said.

“The way that you see them not only on the pitch but off the pitch, you see how they act and the things they say in the changing room to motivate the team.

“It’s important to watch that and to try and learn from them. Playing against them of course you learn new things and you see what it’s like to defend against the top, top players.

“It’s definitely something I’m looking forward to doing more, to help me improve myself. I’m happy they’re on my team during the games though.”

Tomori was born in Canada to Nigerian parents but represents England at international level. He spent his youth career at Chelsea but has also had loan spells at Brighton, Hull, and Derby.

The defender is having to adjust to a new culture and language, as well as playing for a new club.

“When the manager speaks, I’m trying to piece together what he’s saying. But everyone, since I’ve been here, has been helpful, helping me translate and helping me understand what the manager wants and what everyone is saying. So the transition hasn’t really been too hard.

“And I’ve always wanted to try something new. I know there’s more to life than the Premier League and England and everything like that.

“I was always ready to go abroad and to try something different and to improve myself and develop myself not only as a footballer but as a person. I know I’m in the right place to do that and probably one of the best places in the world to do so.”