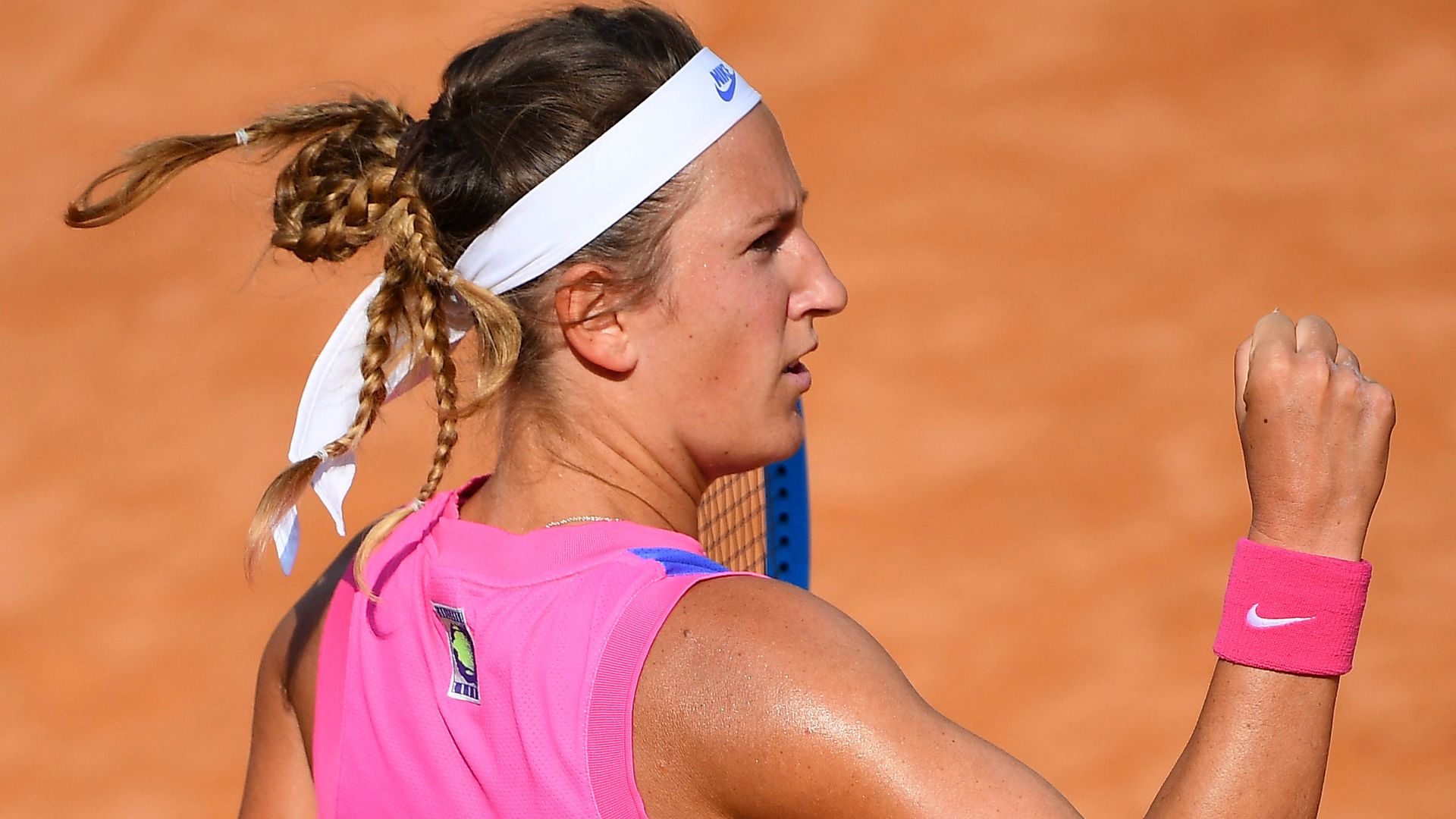 Two-time Australian Open champion Victoria Azarenka has launched a podcast on mentality, created during lockdown and underlining how her own changing mindset has been behind her recent resurgence

Victoria Azarenka is chasing Grand Slam dreams once again after a change in mentality proved the catalyst for her run to the US Open final.

“People say ‘hashtag’ goals. Whatever you do, no matter what you want to do, I think that the outside judgement should never stop you from going after your dreams,” she tells Sky Sports.

The 31-year-old from Belarus is well placed to talk about mindset, and about challenges – she is emotional on the court, and she’s passionate off it too. With well-documented issues put to one side, she has been able to flourish once again since tennis returned after suspension due to the coronavirus pandemic.

The two-time Grand Slam champion, who claimed both her majors in back-to-back years in Melbourne, heads to this year’s tournament as a contender for the title once again following an unexpected run to the US Open final in September.

“It wasn’t necessarily surprising for me, but I was so grateful that all of the work I’d been doing was paying off. Now, it’s like… I want to do this, do that, and let me see how I can get there. The excitement level is rising and rising.” 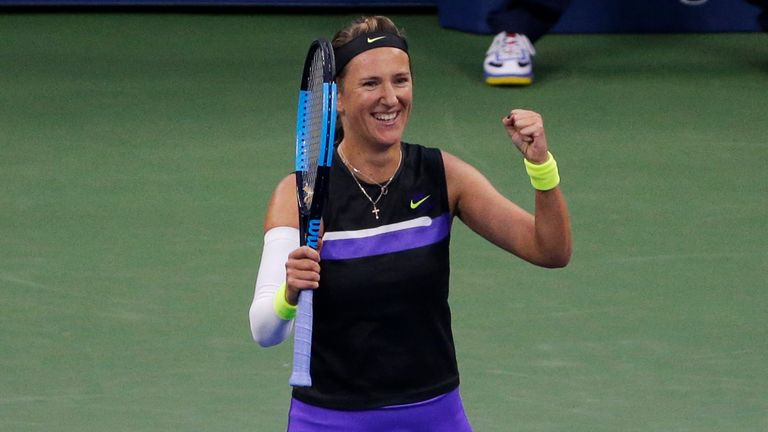 “I can say hands down that I’ve never, ever enjoyed tennis as much as I am now. I’ve never enjoyed my life as much as I have now. I really feel like that kid who was a 10-year-old and dreamt about being on the big stages. That’s priceless for me – any money in the world isn’t worth as much as that moment.”

Azarenka is in reflective mood as she talks about her ambitions as well as her latest off-the-court project, a podcast she conceived called ‘Think About It’.

The subjects are varied but mentality is a constant among the themes with her guests that are drawn from all walks of life. It has helped to keep her occupied during lockdown, but more importantly, it has drawn on the experience that helped her reach the final in New York.

“In sports, there are not enough conversations that get really ‘real’ and personal about emotions and feelings, fears, frustrations – whatever it is – and talk about them openly.

“I wanted to do a show where I can learn from my guests and also take my audience on that learning journey.

“We talk about subjects like growing up in a tough neighbourhood. We talk to one guest about the mental strength of being held hostage, talking about her fear of making a wrong step and potentially that having a fatal outcome.”

Azarenka has overcome adversity herself, on and off the court, and things are on the up again as she prepares to emerge from quarantine in Australia and take to the court once again.

“I’ve been able to share a lot of personal stories with people who I’ve never met before and who have been going through similar things but on completely different paths.

Azarenka pauses at the mention of motherhood. It is one of the topics people want to talk to her most about – climbing back to the top of the game after the birth of her son – but there’s more to her than that.

She has been the world No 1, she has twice won the Australian Open and been a three-time US Open finalist – and that’s before we add two mixed doubles titles and six other doubles finals in Grand Slams

What she has now is more perspective. That, she says, comes with experiences on and off the court.

Azarenka took to social media during the recent Australian quarantine, urging players to deal with the situation and understand what others were going through, in order to make the tournaments happen.

‘Accept, adapt, and keep moving’ read her Twitter statement, reflective of the mindset she has adapted over the last year.

As for that Grand Slam final last September, seven years on from a defeat to Serena Williams at the same stage, she was beaten by Naomi Osaka but her form should not have been a surprise. She had beaten Osaka the week before the US Open to claim the Western & Southern Open title before her run to the final at Flushing Meadows saw her knock off three of the top five seeds.

She heads to Melbourne as one of the contenders for the title, in contrast to 12 months ago when she had to withdraw from the tournament due to personal reasons.

During her press conferences in New York, Azarenka spoke candidly about mentality – or more specifically, ‘neutral mentality’ – the catalyst for her turnaround and, eventually, her current side project.

Self-discipline is when your conscience tells you to do something and you don’t talk back.

“It really is about having that mentality and lifestyle, on court and off court, because all of it is connected.

“I’ve heard a lot of people talking or the media emphasising that someone is working with a mental coach, or a mental trainer. It seems to me that all of that focus is based on performance.

“I’m really passionate about seeing how far our sport is going to develop whether I’m playing or not… I really want to see tennis evolve and grow; level wise, business-wise, et cetera.

“If I talk about it and bring the subject of overall mental health to life, I think that’s very important.

“It’s not just performance, especially for a lot of young players and young kids. We see pressure sometimes from parents to perform. That’s one of the subjects I’m passionate about.” 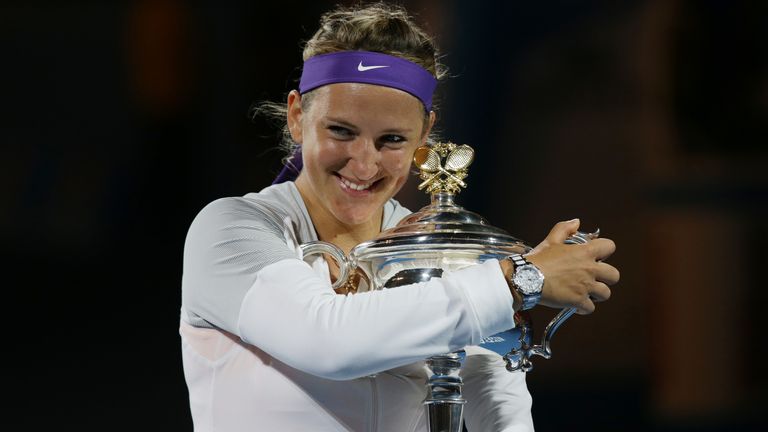 “When someone wins something and says that they’ve never dreamt of anything like this… I think, yeah right! I don’t believe them!”

So, what was it like on the other side of the media fence?

“I understood and have a new appreciation for journalists’ jobs,” she laughs.

“But it was about sharing experiences, it’s more conversational than just questions.”

As quarantines finish in Australia and tournaments on both the ATP and WTA Tour prepare to get underway on Friday, the first Grand Slam of the year beckons – and Azarenka is in a good place.

It’s the sort of place that sports stars dream of being in, that suspended reality where the pressure appears to be off and sport is as it was when they were children.

She has two Grand Slam titles, but more importantly, she has peace of mind – a combination that makes her a threat in Melbourne at a tournament that has delivered her most memorable moments on the court.