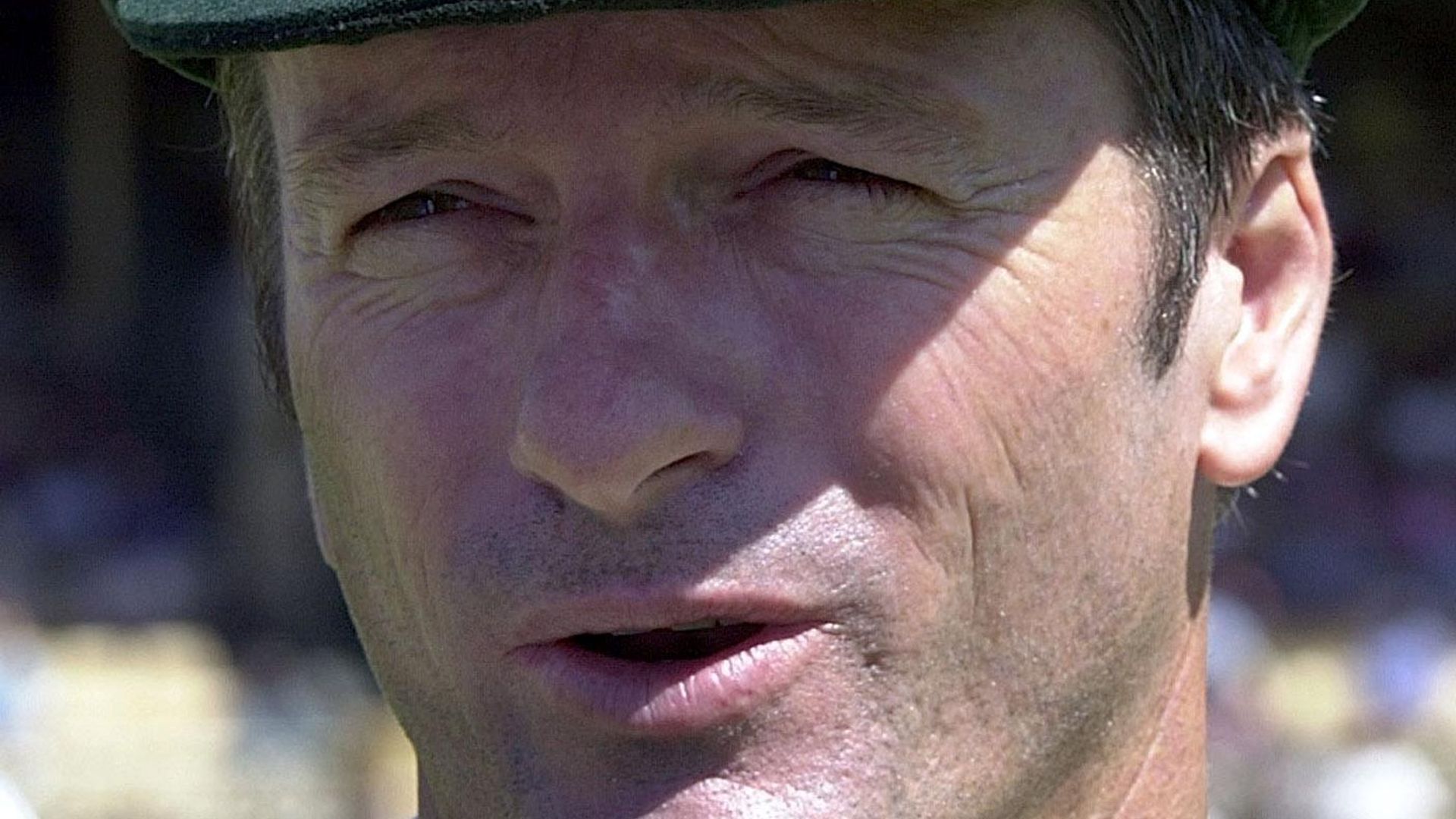 Sky Cricket statistician Benedict Bermange uses cricket simulator to settle argument over who the greatest Test team ever; the final pitches two Australian sides against each other in the shape of Don Bradman’s 1948 ‘Invincibles’ against Steve Waugh’s 2002 XI

It has all come down to this! Sixteen teams began the battle to be crowned the greatest Test team of all time but after a round-robin stage, four keenly-contested quarter-finals and two dramatic semi-finals only two teams remain.

Sky Cricket statistician Benedict Bermange previews the Greatest Test Team final, which begins on Friday – and remember, it’s just a bit of fun. Or is it?!

And so the scene is set for two Australian sides to battle it out for the Sky Sports Greatest Test Team crown.

Having won their respective quarter-final and semi-final match-ups, Don Bradman’s 1948 ‘Invincibles’ will play Steve Waugh’s 2002 side, who twice managed to win 16 Test Matches in a row with a similar group of players.

So before this titanic struggle commences, let’s have a look at the two teams taking part…

Don Bradman’s 1948 team was the first to complete an entire tour of England unbeaten. They played 34 matches in all, winning 25 and drawing nine.

The Test series was won 4-0 with spectacular victories coming at Lord’s (by 409 runs), Leeds (scoring 404-3 to win on the final day) and The Oval, where they won by an innings.

Ironically, with all the achievements, it was Bradman’s dismissal in the final Test which is most remembered nearly three-quarters of a century later.

Every cricket fan knows the story of how he was dismissed for a duck just four runs short of a batting average of a hundred.

He may have batted again in the match – possibly unlikely as he strode to the crease with his side 117‐1 having already dismissed England for just 52.

But it is those tantalising four runs he didn’t score – just four runs out of a career of nearly 20 years and nearly 200 hours at the crease – which possibly are the first to be discussed whenever the tour is mentioned.

The Australian batting was an embarrassment of riches.

Sid Barnes ended his Test career with a batting average in the 60s and was an excellent close-in fielder at short leg.

Arthur Morris had already proven himself to be a prolific scorer and continued in that ilk on the tour, amassing 696 runs in the Tests at an average of 87.

Then there was the popular Lindsay Hassett, who had enthralled crowds with his exploits for the Australian Imperial Forces in England during the war and was to become captain after Bradman’s retirement.

The tour gave English fans their first view of teenage superstar Neil Harvey, who was to develop into to be one of the best batsmen of all time.

And towering over all of them was their captain, whose powers of scoring did not seem to have diminished with age.

He was somewhat reticent to embark on a fourth Ashes tour, with a young family back at home and having been offered a handsome sum to cover the tour as a journalist instead.

After some doubt as to whether he would take part, he boarded the ‘Strathaird’ which sailed from Fremantle on Friday 19 March.

After stopping in Colombo for a match against Ceylon on 27 March, the ship also called at Bombay on 30 March before berthing at Tilbury Docks on Friday 16 April.

To further cement his position as a sporting hero, he presented 17,000 food parcels as a gift from the state of Victoria to the British people, who were then living under strict rationing.

But Australia in 1948 were far more than just their captain. They started the tour having been unbeaten in their 11 Tests since the end of the Second World War and the agreed playing conditions for the Test series played somewhat into their hands.

A change meant that a new ball was available after 55 overs rather than 200 runs, which persuaded the Australians to choose a strong pace attack to make the most of the new ruling. Who better to lead the attack than Ray Lindwall and Keith Miller – both able to combine controlled pace and accuracy with a fast bouncer?

Miller’s aggressive batting and superb fielding made him the premier all-rounder of the day. England had nothing like that in their arsenal, with just Alec Bedser to shoulder the load as their main workhorse.

The Australian seamers were backed up by Bill Johnston, who was equally adept at turning his had to left-arm seam or spin. Perhaps the side’s only relative weakness was its spin bowling department, headed by leggie Doug Ring. Having injured his back while serving in New Guinea, he remodelled his action and became a reliable member of the side, despite not setting the world alight. However, with Johnston’s slow left-arm spin an option, the Aussies could always be confident of covering all bases with their attack.

Australia in 2002 were at the peak of their powers and a glance through their line-up shows hardly a weakness in sight.

They opened with one of the most prolific partnerships in Test history with Matthew Hayden and Justin Langer, who shared 14 century partnerships together at the top of the order and often set the scene for the fireworks to follow.

Ricky Ponting had not quite yet developed into the superstar he would become by the end of the decade but he still boasted a batting average of 43 from his 54 Tests up to that point in time.

Damien Martyn combined a compact technique with crisp styling, and his purple patch, which included a century in the Johannesburg Test, lifted him to a ranking of number five in the world. Ironically the Waugh twins struggled in the 2002 series in South Africa, only contributing one half-century between them, but that only served to bring Adam Gilchrist to the crease for longer.

Before he came along, wicket‐keepers were supposed to bat around seven or eight in the order and were traditionally pugnacious types who fought it out. Gilchrist changed not only that view but also the view of wicket‐keepers ever since.

It wasn’t just the runs he scored but the way he scored them. Batting at his familiar number seven spot in the Test side, no one had scored as many runs as quickly as he did. His double-century in the Johannesburg Test came from just 212 balls, setting a new Test record. His assault on the South African bowlers continued at Cape Town with an unbeaten 138 and Durban, where he made 91. Before Gilchrist a batting wicket-keeper was a luxury – after him it became a necessity. He changed the complexion of wicket-keeping – especially in Test cricket – forever.

Despite fielding only four specialist bowlers, Australia’s attack still contained enough variety to cover all bases and featured two of the greatest bowlers in history.

Taking the new ball was Glenn McGrath, whose 563 wickets stood as a record for any fast bowler until James Anderson surpassed it in 2018.

It wasn’t just the tally of wickets though, but the way he got people out, as Michael Atherton and Brian Lara would testify.

His easy approach to the wicket and high-arm, rhythmical, economical action prevented the serious injuries that derailed many of his fast‐bowling contemporaries and his bowling average of 21.64 remains the best of any of the top ten Test wicket-takers.

Backing him up in the seam department were Brett Lee and Jason Gillespie. Lee ended his career with more than 300 Test wickets and is one of the very few bowlers to have been clocked in excess of 100 miles per hour. Gillespie ended with 259 Test wickets – and a double-century with the bat as a night watchman. He was a mainstay of the attack until a loss of form in the 2005 Ashes series saw him dropped from the team.

But there had been a lull before Warne exploded on the scene in the early 1990s to cast a spell on batsmen world‐wide. Later in his career his flipper was not as lethal as it had been earlier, but he more than made up for it through intelligence and the finer arts of gamesmanship and psychological warfare.

Make sure you return to skysports.com/cricket and the Sky Sports App for daily updates on the final, from Friday onwards!