WBO light heavyweight world champion Geovana Peres’ trainer, Terry Reid Batchelor, has officially announced the retirement of Geovana’s career, as she decides to end her career as a world champion.

The Shocking announcement was made on Facebook in the early hours of Tuesday morning, stating that the Brazilian born New Zealander has decided to hand up the gloves. 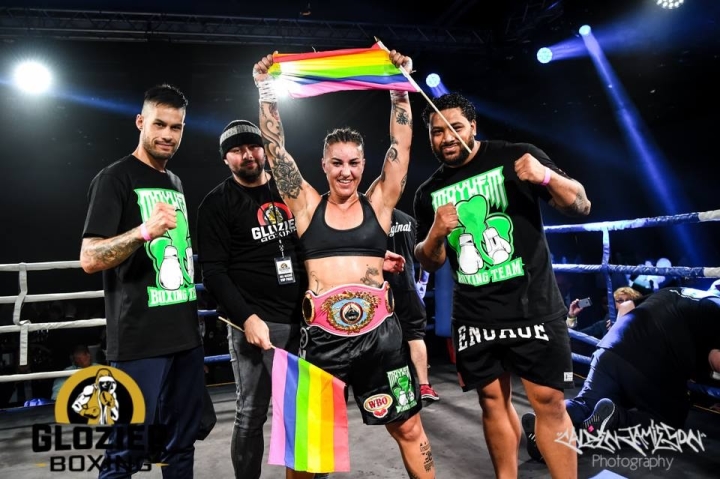 “Geovana Peres has now retired from boxing. I have had the pleasure of coaching Geovana Peres, who is fearless, mentally and physically strong, with the absolute will to succeed. She has never been lazy, always comes in peak physical condition for every fight,” Batchelor said.

“Geovana started boxing at 38 and when she turned pro she wanted to fight anyone and everyone. After winning and defending the WBO world title, she was set to fight Savannah Marshall in England. With 3 very demanding boxing camps each fight was cancelled due to COVID-19.

“Geovana turns 44 in 2 weeks time, over the last couple of months we had been talking about retirement. Her main goal of fighting a big name overseas against either Savannah or Claressa Sheilds was all she wanted to do as her last fight. But with COVID that dream does not seem possible and age being a big factor, time is not on her side.

“Geovana wants to have a kickboxing fight as that will be her last thing she wants to do. So my good friend Tony Angelov and the Cityleegar family are now looking after her for that. We have many great women boxers in NZ, that put their heart and soul into this game. And with Daniella Smith being the first women’s world champion, then Geovana the second – I’m sure it’s not to long before we have a third.”