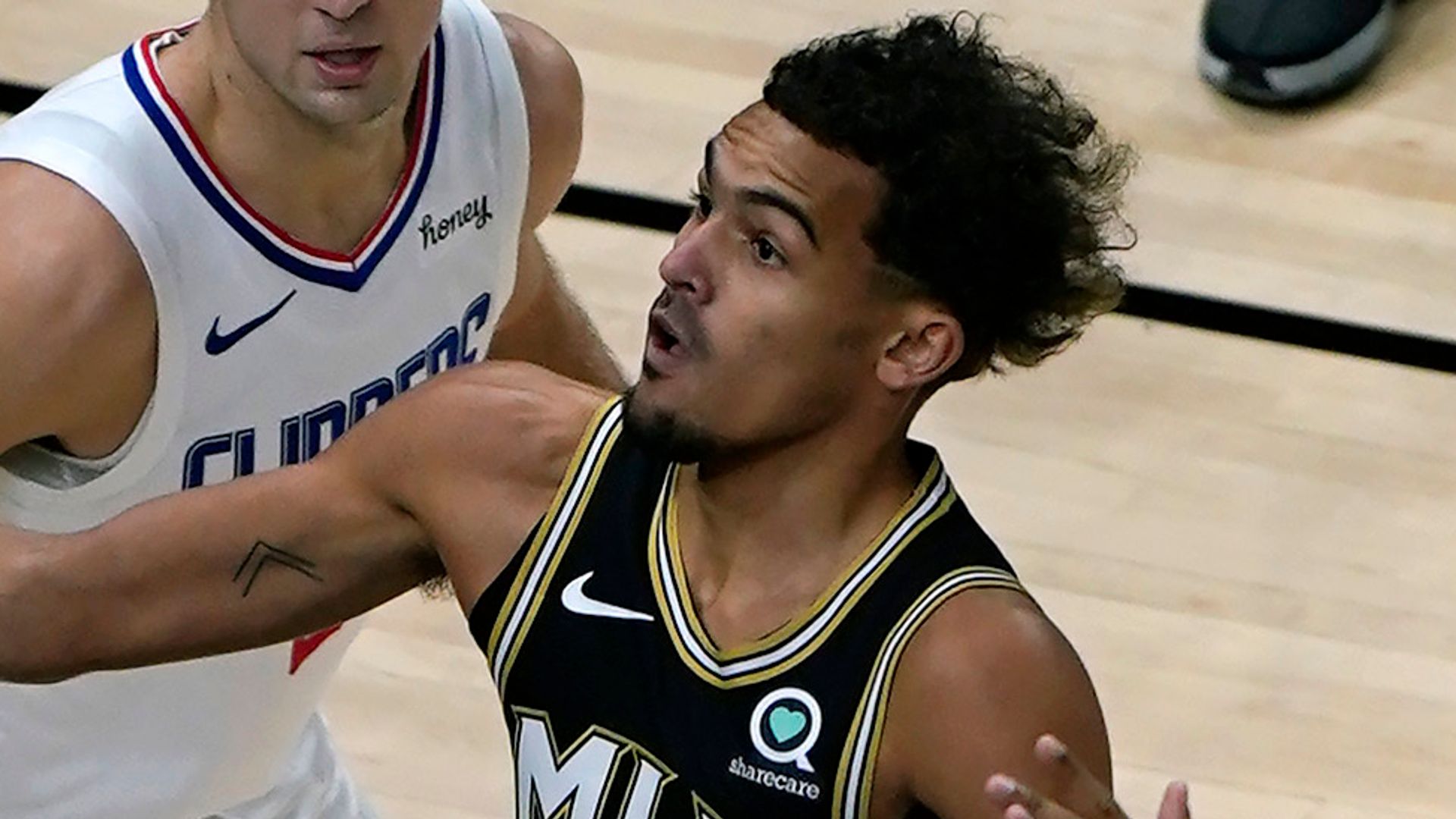 On his first appearance against his former team, John Wall inspired the Houston Rockets to a win over the Washington Wizards having arrived as part of the trade that saw Russell Westbrook head in the opposite direction this past offseason

Young produced his third straight game with 30-plus points as he dropped in 38 to lead the Hawks to a 108-88 victory over the short-handed Clippers.

Young, who missed Sunday’s game at Milwaukee with back spasms, shot 12-for-23 from the floor, including three-for-seven on three-point attempts. He finished 11-for-11 from the line as the Hawks won for the fourth time in five games.

Also returning for Atlanta was Clint Capela, who missed the previous game with right hand soreness. Capela had 13 points and 18 rebounds, his third straight game with at least 18 boards.

The Clippers were playing without Kawhi Leonard and Paul George, neither of whom made the trip. The two were left behind due to the league’s health and safety protocols involving COVID-19, while Los Angeles were also without Patrick Beverley because of right knee soreness.

Atlanta also got 22 points from De’Andre Hunter, 13 points from Kevin Huerter – all in the fourth quarter – and 11 points and 11 rebounds from John Collins. Reggie Jackson led Los Angeles with 20 points and eight assists, Serge Ibaka added 15 points, Ivica Zubac and Luke Kennard both scored 13, and Zubac grabbed a team-high 10 rebounds.

Los Angeles had a 78-75 lead after a Zubac slam early in the fourth quarter, but Huerter changed the momentum with a pair of three-pointers and a layup to restore the lead to five points before Hunter scored off a Solomon Hill steal for an 86-79 lead with 7:55 remaining.

O’Neale scored a career-high 20 points and Gobert dominated the interior as the Jazz defeated the Knicks 108-94 for their ninth straight victory.

With leading scorer Donovan Mitchell struggling – scoring only nine points on three-of-15 shooting – O’Neale picked up the pace by connecting on seven of 12 attempts while also grabbing six rebounds.

Gobert hauled in 19 rebounds to go with 18 points and four blocked shots, and Mike Conley scored 17 of his 19 points in the second half.

Austin Rivers led New York with 25 points, including hitting five of seven three-point attempts, but he was held scoreless in the second half after going 10-for-10 from the floor in a red-hot first half.

Julius Randle added 18 points and 10 rebounds while RJ Barrett scored 17 for New York, who wrapped up a four-game Western trip with its third straight loss.

This was a reversal from the game the two teams played January 6 in Madison Square Garden, when the Knicks stormed back from an 18-point deficit to win by 12. On Tuesday, the Jazz trailed by 15 late in the first half but caught up early in the fourth quarter. The Jazz have not lost since that setback in New York while the Knicks have dropped eight of 11.

Conley scored 12 quick points out of the locker room to cut the Knicks’ 13-point half-time lead to 67-66 after not making a field goal in the first half, before Utah opened the fourth on a 20-3 run having trailed 81-80 after three quarters.

Wall scored a team-high 24 points in his first matchup with his former team as the host Rockets earned a 107-88 victory over the short-handed Wizards. Eric Gordon and Victor Oladipo added 20 apiece for Houston, who extended their season-best winning streak to three games.

Wall added five assists and combined with Oladipo to fuel a 10-0 fourth-quarter run that pushed the Rockets to a 93-79 lead. Oladipo sandwiched the rally with a 10-footer and a three-pointer while Wall contributed a three-point play and a short hook shot.

DeMarcus Cousins tallied 19 points, 11 rebounds and five steals for Houston, who played without center Christian Wood (ankle) but welcomed back forward Danuel House Jr., who scored two points in 14 minutes having been out since January 2 due to a back injury and COVID-19 protocols.

David Nwaba had 11 points, nine rebounds and two steals off the Houston bench. Bradley Beal, the league’s leading scorer, tallied 33 points on 12-of-28 shooting, while Russell Westbrook, traded for Wall in the offseason, added 19 points, 11 rebounds and seven assists. The Wizards were missing six players due to league health and safety protocols.

Washington held the Rockets scoreless for more than four minutes during a ragged third quarter but proved unable to take advantage. When Cousins drilled a three-pointer with 5:18 left in the period, the Rockets had just their second field goal in the third yet led 61-56.

The Wizards suddenly found a bit of life with a 6-0 run, igniting an unexpected back and forth that featured six lead changes before Nwaba beat the buzzer with a second-chance basket as Houston carried a 75-70 lead into the fourth, from which point Wall and Oladipo took over.

Washington made hay on the glass, converting 11 offensive boards into 14 second-chance points to help negate the 21 turnovers that Houston converted into 24 points.