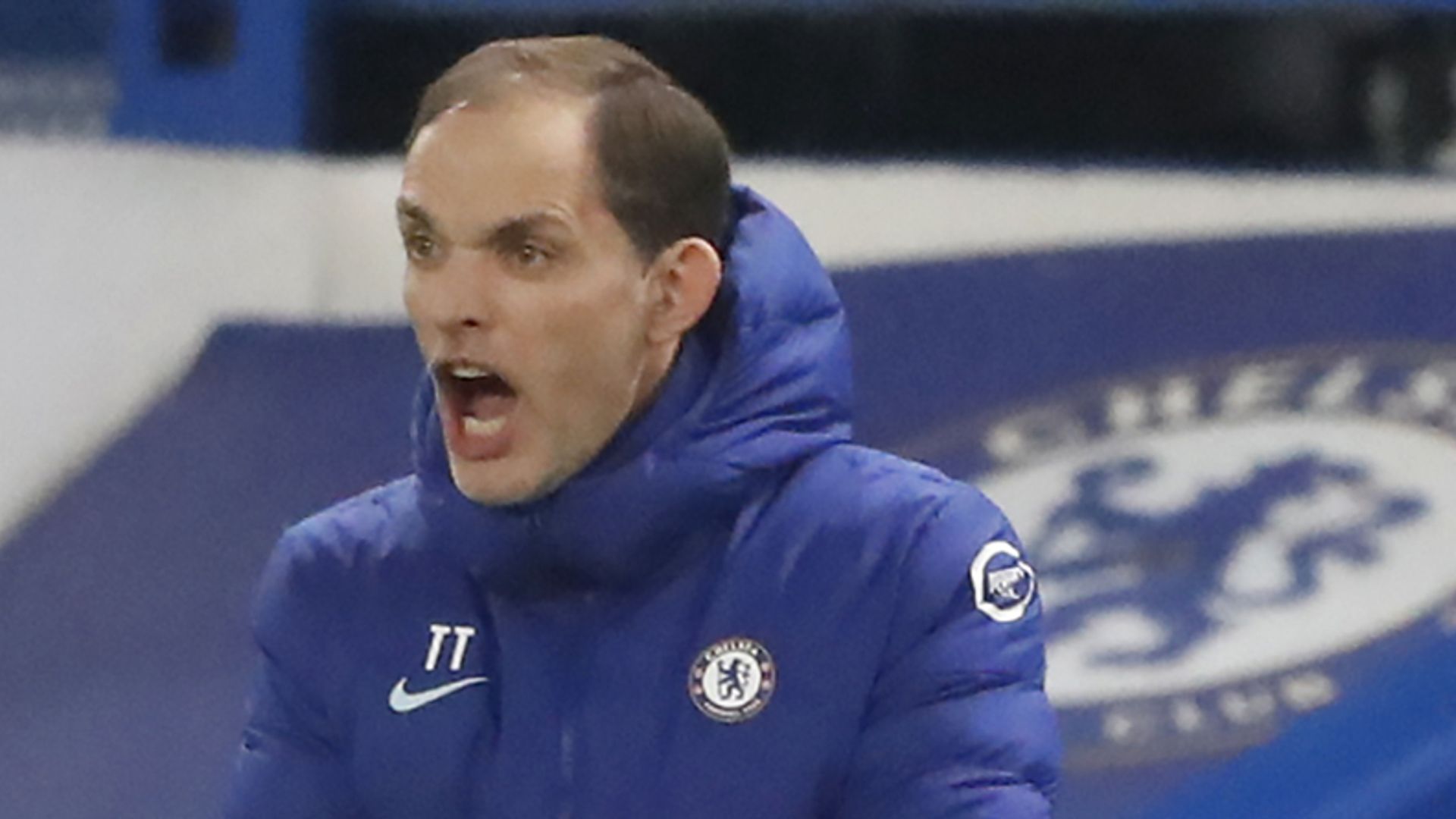 Thomas Tuchel conceded the title may be out of reach for Chelsea but insists he saw enough in the draw with Wolves to suggest the foundations are there for future challenges.

Tuchel was thrust into this first game as Chelsea boss on Wednesday night, 24 hours after he was confirmed as permanent successor to Frank Lampard at Stamford Bridge.

A frantic managerial appointment meant Tuchel was only able to conduct a single training session with his new squad before the meeting with Wolves, and that lack of hands-on time was clear as Chelsea failed to convert their dominance into a debut victory for their new manager.

Despite this, Tuchel was encouraged by the performance, which he felt warranted three points and also signalled Chelsea have tools in abundance to compete consistently domestically and in Europe.

“Yes [disappointed not to win], it was deserved for the effort the guys put in,” Tuchel told his post-match press conference. “But I spoke in the dressing room and told everybody there was no room for disappointment or doubts.

“I was very happy with the performance energy-wise, we were structured and didn’t allow any dangerous counter-attacks against one of the most dangerous teams. We were very well-organised, brave, played with courage as a team both offensively and defensively.

“We had a good impact from the bench and a very good attitude from the players who did not come on. It was hard work, but we never lost intensity and for that I am happy.

“If this is our starting point I’m looking forward to where we will end up.”

On Chelsea’s aspirations for the remainder of this season and beyond, Tuchel added: “The title is far away, we have to be realistic.

“Honestly, when you sign for Chelsea or, like me, as a manager, you sign for the expectation of challenging for titles; the Premier League, Champions League and all of the Cups. That’s absolutely clear.

“At the same time you have to be realistic and, at the moment, there are a lot of points and places between us and fourth. We have to work on a daily basis on the details and the progression of our game and the points will follow, I’m absolutely sure.

“We have the capacity with this squad to hurt everybody in every league, in every competition, and it’s my job to bring the team to that level as fast as possible.”

Chelsea’s decision to sack club legend Lampard 18 months into the job came after a run of just one Premier League win in five games, a run his replacement Tuchel was unable to rectify in his first outing.

It left Chelsea 11 points behind leaders Manchester City and searching for the improvement needed to get their campaign back on track. Tuchel believes the response of his new squad in his first 24 hours in west London is proof they can do just that.

“Not much needs to improve,” Tuchel said. “I see an exciting mix between experienced players, personalities and talented guys.

“I see a very demanding league that brings everything out physically in every player. I found a group yesterday that was totally open to our ideas, beliefs and tactical approach. This made me feel very good because this is what you wish for.

“This [performance] is the level. I’m used to creating the special energy and atmosphere you need to create the possibility to win every three days in a league like this. I believe we can do this on a daily basis.

“We will build a team that nobody wants to play against. And that’s the challenge for me to do that as quickly as possible.”