Heavyweight contenders Derek Chisora and Joseph Parker have renewed their interest in facing each other in the ring.

They were scheduled to fight each other in October of 2019.

The fight was late called off when Parker withdrew with an illness that prevented him from training for several weeks.

The illness was believed to have been caused by a spider bite. 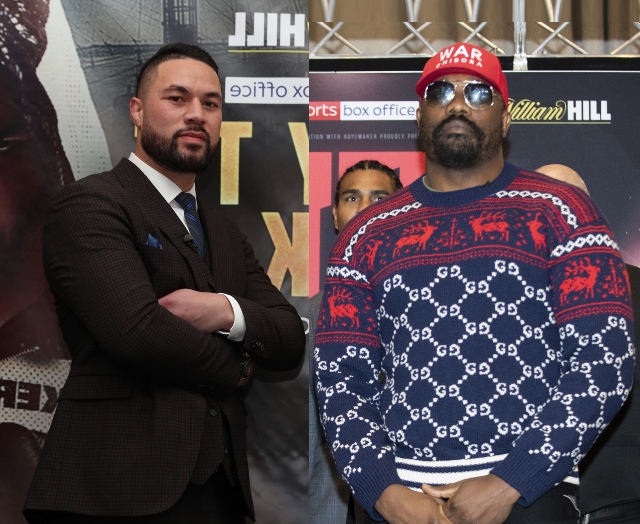 At the moment, former WBO world champion Parker is getting ready for a big showdown with undefeated country rival Junior Fa on February 27 at the Spark Arena in Auckland.

Should Parker get past Fa, he is certainly interested in facing Chisora.

“I’ve heard some noises and frankly that is a fight with interest,” Parker’s manager David Higgins told Sky Sports.

“We’d endorse it and there is interest from Parker, and our management team would endorse it. There was a lot of talk in the past. The fight was contracted at one point. I think that fight makes sense. They would want to do it in the UK. I would challenge Chisora and David Haye to come down to New Zealand to do it.

“If not, we’ll still discuss it, but it would be very interesting to see one, whether they are for real, and two, what they have in mind. From the Parker perspective why waste time? We’d be keen to get that fight up and going in New Zealand or the United Kingdom, in the beginning of June would be feasible I’d think. If you’re interested in the fight, David Haye has my phone number. Joseph Parker’s promoter is Eddie Hearn and Matchroom, and they would be on board too.”

Chisora, who in October dropped a competitive twelve round decision to Oleksandr Usyk, believes Parker ran from the fight back in 2019 – but he’s more than willing to sit down at the table to discuss a potential showdown.

“I’ve made no secret that I want the fight with Parker,” Chisora told Sky Sports. “I signed the fight, flew to his camp in LA to film only for him to chicken out and claim a spider bite was the reason he couldn’t step in the ring with me.

“The truth is, when sat across the table, looking in my eyes, reality hit, he wasn’t ready for the WAR I bring. If fight fans want it, I’m game. He can come to me this time. This fight happens on my turf.”