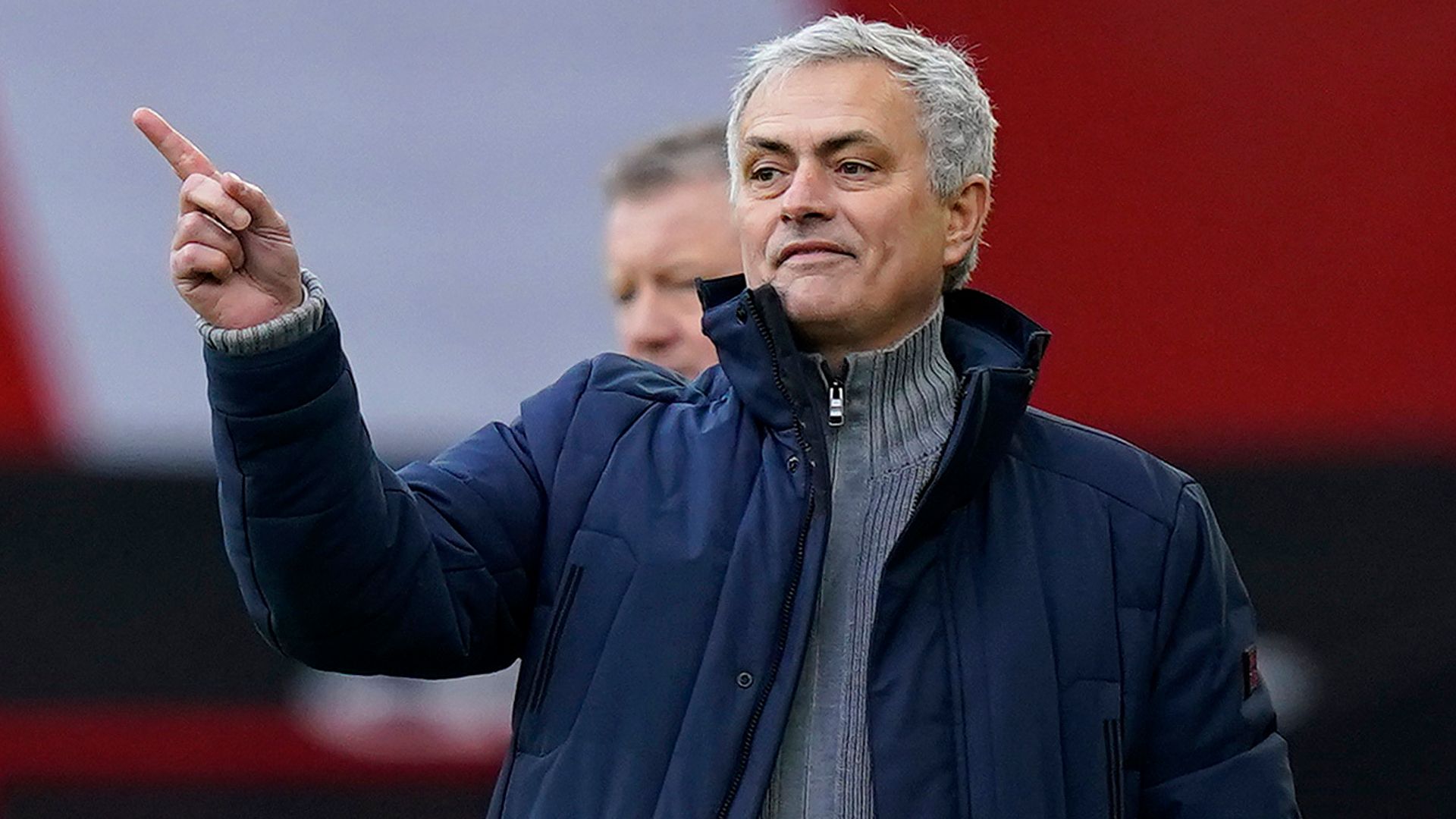 Tottenham boss Jose Mourinho says it’s not “fair” that the Premier League has told referees to alter their interpretation of the offside rule midway through the season.

All 92 Premier League and EFL clubs were informed of new instructions for referees after Manchester City were awarded a controversial goal in last week’s victory over Aston Villa.

Bernardo Silva’s strike was allowed to stand despite City midfielder Rodri coming from an offside position to challenge Villa defender Tyrone Mings, with the PGMOL later explaining referee Jon Moss and assistant Darren Cann had technically made the right decision as Mings ‘intentionally playing the ball’ meant Rodri was no longer deemed offside.

However, following a heavy backlash, the PGMOL held talks with IFAB, football’s lawmakers, and agreed a strategy for this specific part of the offside law going forward, which will see players in Rodri’s position penalised going forward.

“I believe that now it’s right and previously it was not right. But I don’t think it’s fair that you change a rule during the season.”

Liverpool manager Jurgen Klopp pointed out that his side were a victim of the same interpretation during a 2-2 draw with Tottenham in February 2018, where Harry Kane was deemed onside after Liverpool defender Dejan Lovren had played the ball.

Unlike Mourinho, who he will be up against as Liverpool host Spurs on Thursday evening, Klopp has welcomed the mid-season change, but did appear to sympathise with Aston Villa, whose head coach Dean Smith was sent off in the aftermath of the controversial goal.

“Aston Villa will be really happy about it I think…” Klopp said. “My first thought was how can it be that you don’t think about this kind of rule before?

“We had a situation like this years ago, funnily enough it was against Tottenham, when Dejan Lovren hit a situation where he hit the ball and Harry Kane could score.

“So this situation is not the first time that it happened. What is it… an ‘intentional’ touch, is that the right word?

“It was years ago that we had that problem. So finally, I would say finally, we changed that. Because it makes no sense.