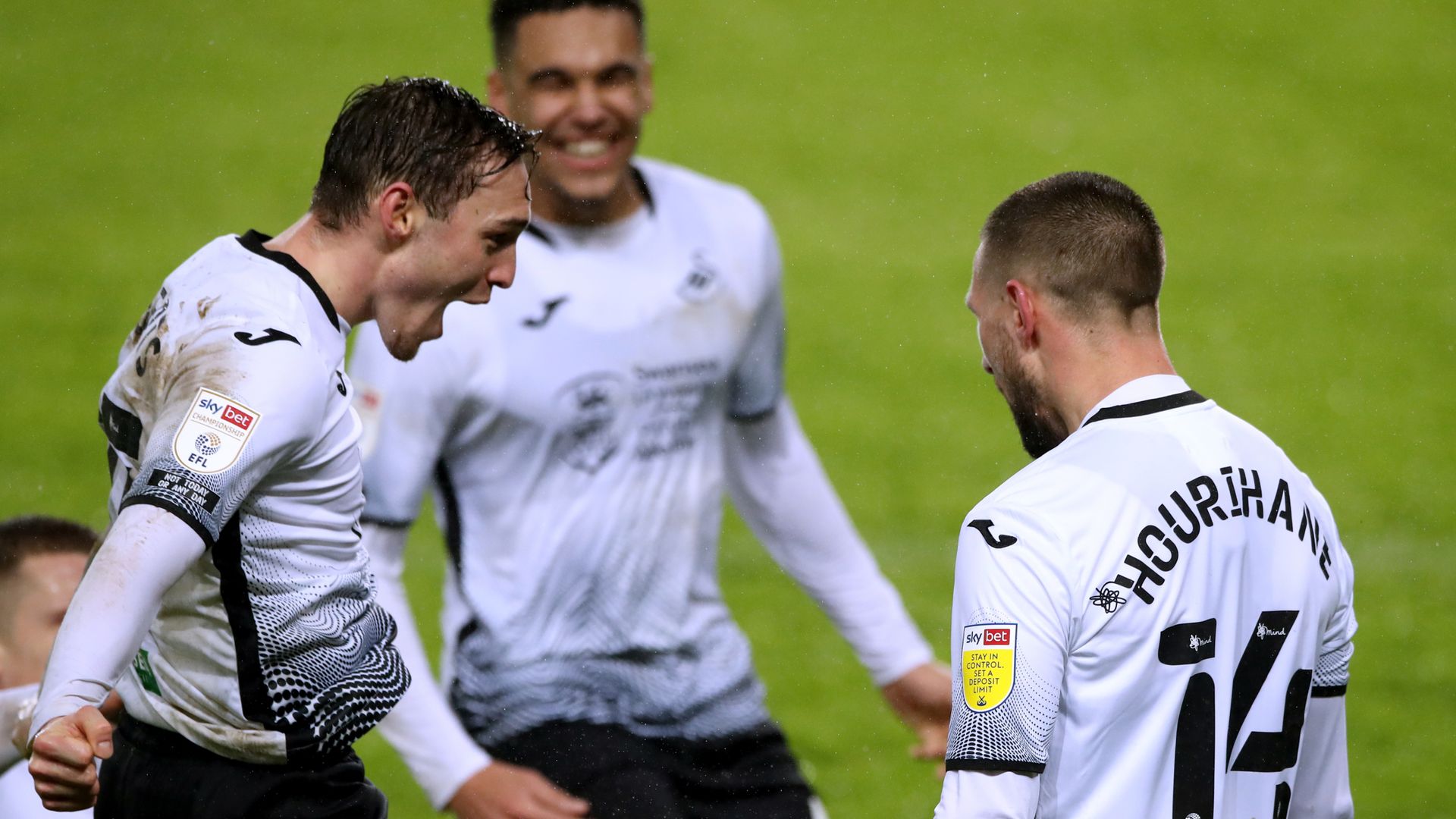 Thomas Frank’s side dominated for large spells at the Liberty Stadium and finally found the breakthrough thanks to substitute Tarique Fosu’s header after Kyle Naughton saw red for two bookable offences.

But Hourihane hauled the Swans back into the contest against the odds with a wicked free-kick from out wide that evaded everyone before finding the back of the net.

The dramatic draw moved the Welsh side back into the top two on goal difference, while it is now 17 matches since the Bees last tasted defeat.

Despite the Swans’ impressive 5-1 FA Cup defeat of Nottingham Forest at the weekend, Steve Cooper reverted to the tried and trusted formula that had guided them into promotion contention.

The only change from their Championship victory over Barnsley came in midfield, where Hourihane was handed his full league debut after impressing in the cup.

The Republic of Ireland international started in place of Korey Smith, who missed out due to a quad strain.

The hosts had won four and drawn one of their last five matches, but Brentford’s form remains unrivalled in the division.

It had been 16 games since Frank last tasted defeat in the league, and he stuck with his in-form charges as Josh Dasilva returned in midfield in place of Saman Ghoddos in the only change since their last league outing.

Both sides spent the opening 20 minutes feeling one another out in this high-stakes contest at the Championship summit, until an accurate 60-yard cross-field pass from Ethan Pinnock cut through the Swansea defence.

Rico Henry took a deft touch to bring the ball down and set up a shooting chance only to watch his effort slide just wide of the far post.

Hourihane and Kyle Naughton both saw yellow as the hosts felt the pressure, but they held firm to go in 0-0 at half-time.

Brentford received a boost in their bid to breakdown the solid Swansea defence in the 68th minute when Naughton was shown his second yellow card for a late challenge on Sergi Canos.

They made their man advantage pay five minutes later when Henrik Dalsgaard found Fosu unmarked with an accurate cross for the substitute to head home from six yards out.

But the 10 men of Swansea fought back immediately to equalise in the 78th minute after Mads Sorensen fouled Jamal Lowe down the left flank.

David Raya failed to punch Hourihane’s whipped free-kick away, and had to watch on as the ball eluded everyone in the box and found the corner of the net.

The Swansea players laid their bodies on the line to deny a late barrage of Brentford pressure, sealing their return to the top tow.