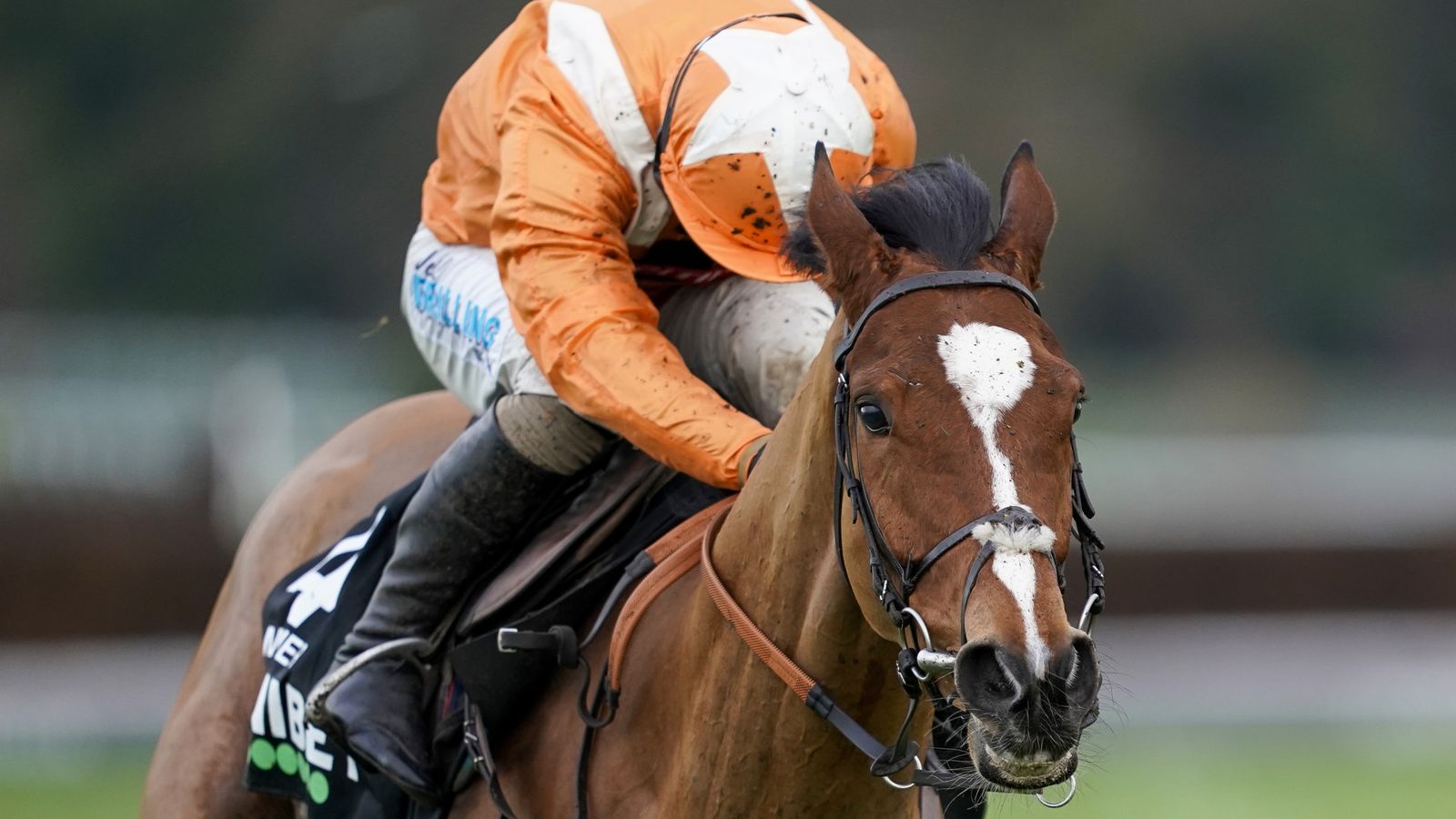 Harry Fry admitted he is leaning towards the Sky Bet Supreme for Metier rather than the Ballymore after entries for the novice hurdles at the Cheltenham Festival were revealed.

The sponsors make Metier their second-favourite after the five-year-old recorded an impressive 12-length victory in the Grade One Tolworth Hurdle at Sandown earlier this month.

Fry said: “Metier is a Tolworth winner and the Supreme is the much more likely of the two races, rather than the Ballymore Novices’ Hurdle, but we will just keep our options open at this stage.

“He has got an entry in the Betfair Hurdle in just over a fortnight’s time, but there is no definite decision yet. He has done everything right so far over hurdles and is a very exciting novice that seems to be progressing into either a Supreme or a Ballymore horse.

“There is a race at Exeter the day after (the Betfair) in which he would only have a 5lb penalty, but then if you are looking at that why not run in a Betfair?

“If the weather keeps as it is there is every chance he will line up in the Betfair Hurdle. I think a better race with an even stronger gallop will suit him better again. We were able to drop him in the last day in the Tolworth, but we would have still been happier if they had gone faster.

“All his form is on slower ground and it would be interesting to see him on better ground. At some point we will encounter it, but good horses go on all ground.

Fry has also entered Boothill in both the Supreme and the Ballymore. The six-year-old made a winning hurdling in good style at Taunton last month.

“Boothill had a splint flare up about 10 days after he won at Taunton and that just held us up for a few weeks,” Fry went on.

“I had hoped to get him back for the Sidney Banks at Huntingdon, but that is just going to come too soon. He could end up going to the Dovecote at the end of February. In the worst-case scenario, he might even end up going straight to Cheltenham – I would like to get another run into him between now and then, but we will be guided by him.

“We are back pressing on again with him. Hopefully, we don’t get a recurrence of the splint injury and get a clear run with him. Certainly, on the manner of his debut win at Taunton, there looks to be lots to look forward to.”

He added: “Boothill and Metier are completely different types. Metier is an ex-Flat horse that is very workmanlike at home and is very much a hurdler, whereas Boothill is a proper chasing type who impresses in everything he does at home.”

The Supreme, the opening contest on day one over two miles, has attracted 96 entries, with a record 59 trained in Ireland – including the 5-2 ante-post favourite, Appreciate It from the Willie Mullins yard.

There are 120 entries, 65 from Ireland, for the Ballymore over two miles and five furlongs.

Willoughby Court landed the Ballymore Novices’ Hurdle for Ben Pauling in 2017 and the trainer looks to have another live contender with Optimise Prime. The five-year-old caused a 50-1 upset when winning on his hurdling debut at Hereford in November and followed up with a smooth victory at the same venue in December.

Bourton-on-the-Water based Pauling said “Optimise Prime is in great order.

“He is entered at Cheltenham on Saturday. If he doesn’t run there because the ground is terrible, he would probably wait for the Sidney Banks at Huntingdon.

“He is a lovely horse that has done nothing wrong in winning a couple of races at Hereford, which will hopefully work out OK, but he has got to prove he can do it at the next level now.

“I took him out of the Leamington at Warwick as it was bottomless ground and I wasn’t overly fussed about missing it as we always knew that his next race would be his prep for the Cheltenham Festival, where we plan to go for the Ballymore.”

Gordon Elliott’s charge, one of 20 Irish-trained entries, has won all his three starts over the smaller obstacles culminating in the Knight Frank Juvenile Hurdle at Leopardstown.

Ante-post favourite is among 54 entries for the JCB Triumph Hurdle.

Fry is hoping he could provide the fourth successful female winner of the JCB Triumph Hurdle with Fortunes Melody.

A Listed winner at Auteuil in September, she placed on her next three starts in Graded company for her former trainer David Cottin. She has yet to start for Fry.

He said: “Fortunes Melody has some very good form in France and is the second highest-rated juvenile filly there. We are very excited and grateful for her owners Simon (Munir) and Isaac (Souede) for giving us the opportunity to train her.

“She has been with us since the turn of the year, but has been in England since the start of December. She spent some time with Sally Taylor who does a lot of the pre-training for the owners, so she has had the chance to settle and acclimatise there.

“We are learning about her all the time, but hopefully she will be ready to run in the next couple of weeks. We have given her the Triumph Hurdle entry as an option. We need to run her first to see what we have got.

“There is some good form in the book already though as she is a winner of a Listed hurdle in France.”

There are 74 entries, 39 from Ireland, in the Albert Bartlett Novices’ Hurdle over three miles.

Prominent in an open betting market are the Mullins-trained Stattler, impressive when scoring in a maiden hurdle at Leopardstown last month, and Barbados Buck’s from the Nicholls stable.