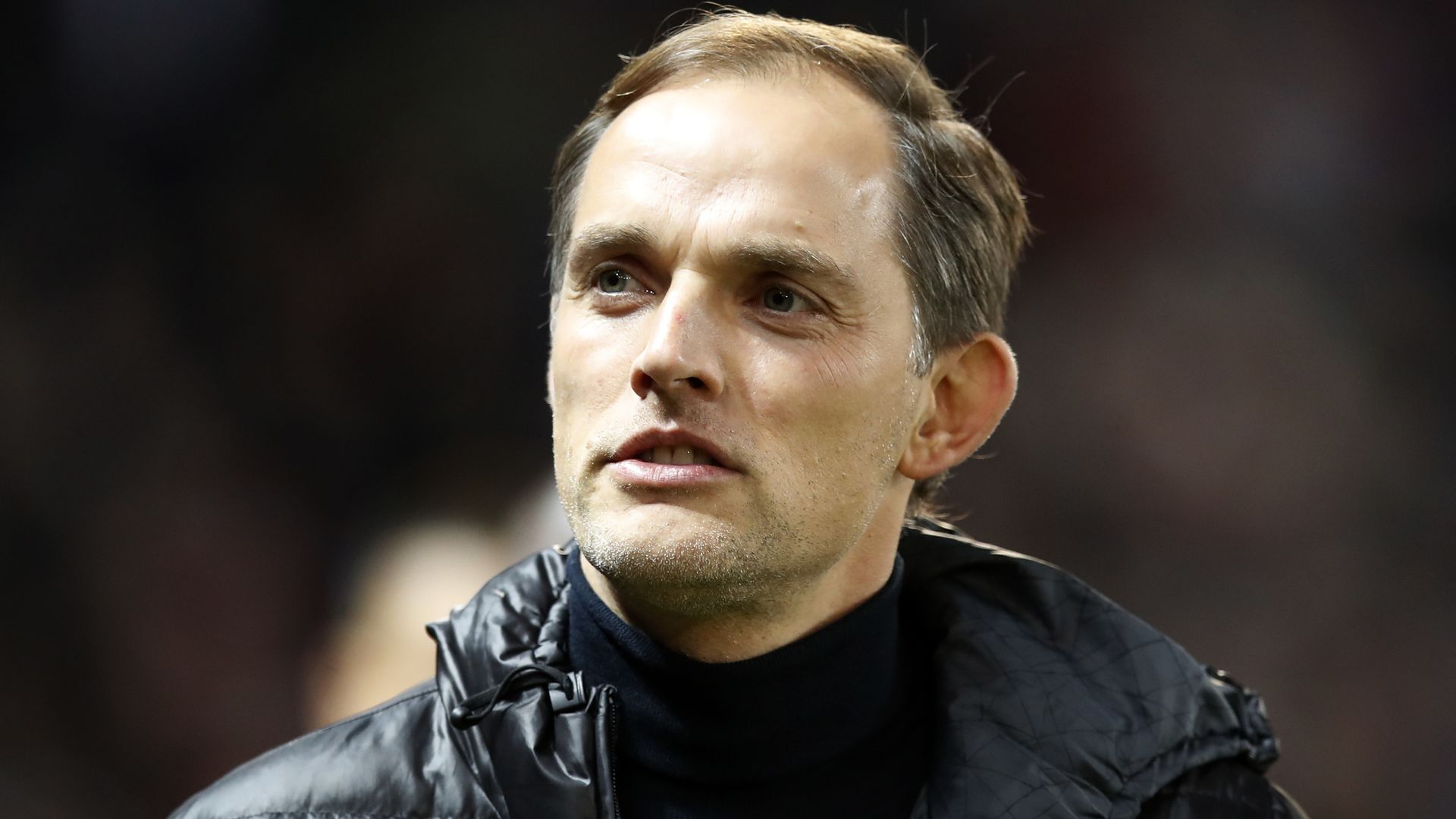 Thomas Tuchel will fly into the UK on Tuesday as he edges closer to becoming Chelsea’s next head coach.

The German is set to replace Frank Lampard, who was sacked after 18 months in charge at Stamford Bridge on Monday.

Tuchel could be present for Chelsea’s home Premier League fixture against Wolves on Wednesday evening, provided he satisfies coronavirus protocols.

The 47-year-old must test negative before arriving in the UK and must also provide a negative test before he enters Chelsea’s bubble.

If he does so, he will be able to attend the Blues’ matches and training sessions, although he must quarantine at all other times for five days.

It is unclear when Tuchel will be presented to the media as Chelsea’s new head coach. Tuesday’s expected press conference ahead of the game against Wolves is yet to be scheduled.

The former Borussia Dortmund and Mainz coach has been available since leaving Paris Saint-Germain last month. He is set to sign an 18-month contract at Stamford Bridge, with the option for a further year.

The Chelsea board were expecting the team to fight for the title this season and are understood to believe there is time for Tuchel to turn the season around.

In their statement confirming Lampard’s departure, the club said “results and performances have not met the club’s expectations, leaving the club mid-table without any clear path to sustained improvement”.

In a statement released later on Monday, Lampard said he was “disappointed not to have had the time this season to take the club forward and bring it to the next level”.

Morris, who played as a midfielder for Chelsea and worked as a coach with their youth teams, said: “It’s hurt twice previously that I’ve had to leave this great club, but it’s been on my terms and both times it was done with the bigger picture for myself and my family in mind.

“Yesterday was tough to take on all levels. I’ve always felt lucky to be able to say I’ve played for the team I’ve supported since I was a young boy growing up on North End Road.

“I am also immensely proud to say I’ve been stood next to our gaffa @franklampard who has worked tirelessly to improve the players and the culture every single day. Us as your staff couldn’t ask for a better leader!! There has never been a bunch in that dugout that cared more inside Stamford Bridge!!

“Thank you so much to the fans for the support I’ve had personally throughout. I am one of you.

“Thank you to Mr [Roman] Abramovich and Marina Granovskaia [Chelsea director] for allowing me to fulfil one of my dreams. Chelsea is and always will be my club no matter what.”

Of the various factors that contributed to Frank Lampard’s demise at Chelsea, his inability to get the best out of Timo Werner and Kai Havertz will go down as one of the biggest.

In 35 Premier League appearances between them under Lampard, they provided just five goals and six assists, their struggles intensifying as the season wore on. Werner has not scored a Premier League goal since November, while Havertz’s barren spell goes back even further.

While Lampard’s managerial philosophy remains fuzzy, even after 18 months in charge of Chelsea, Tuchel’s could hardly be clearer. The 47-year-old is a disciple of Jurgen Klopp, having succeeded him both at Mainz and at Borussia Dortmund where he adopted similar high-intensity, high-pressing tactics with an emphasis on speed and efficiency.

“I prefer certain qualities,” he once said. “An active playing style, bold defending and pacey play in attack.”

Tuchel struggled to instil those principles among the superstars at Paris Saint-Germain but Roman Abramovich has long craved an offensive playing style that provides entertainment as well as results. The German will be tasked with putting that in place at Stamford Bridge.

He must do it by putting Werner and Havertz at the centre of his plans.