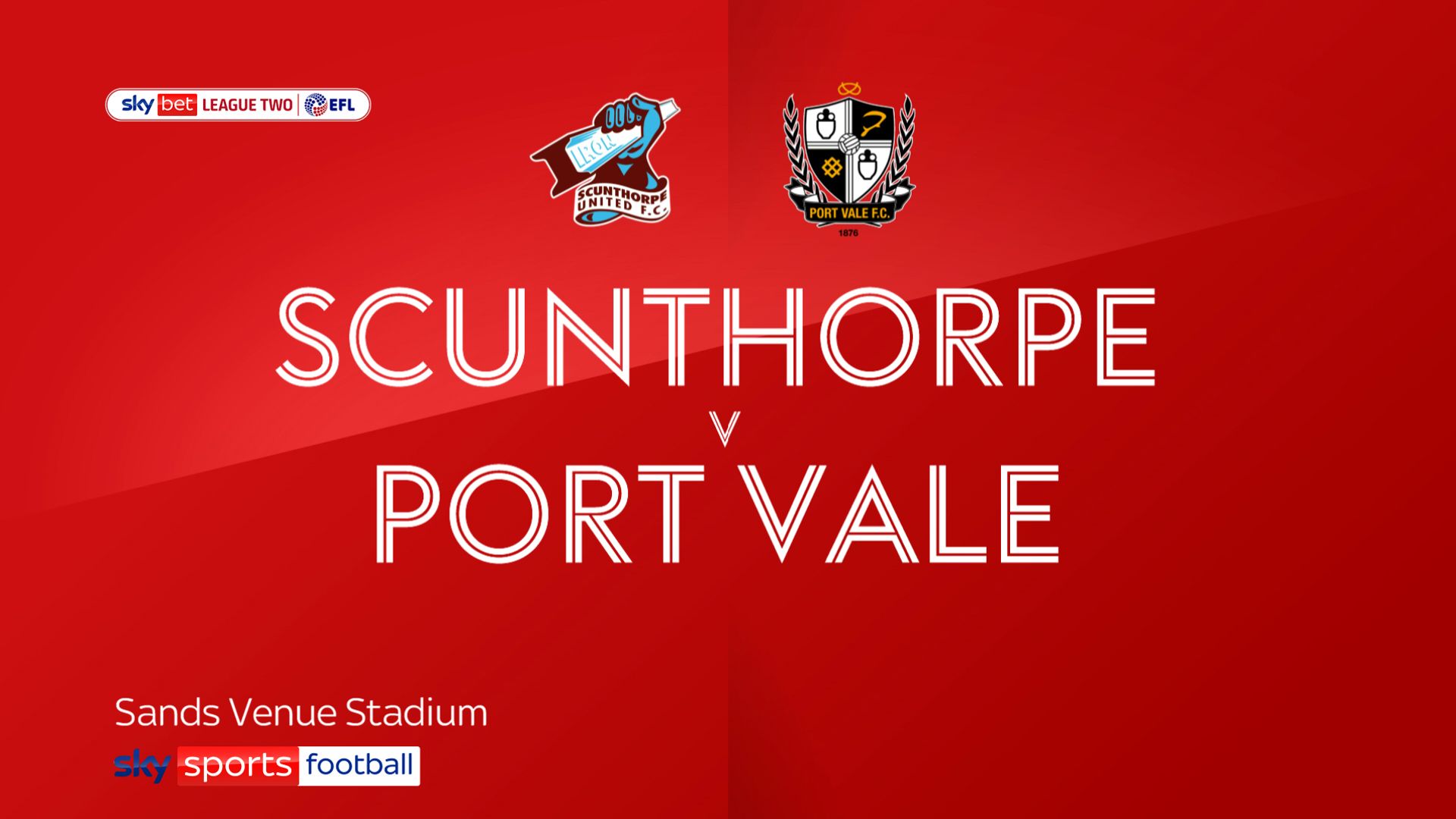 Ryan Loft scored a first-half brace as Scunthorpe moved further clear of the League Two relegation zone with a 2-0 victory over Port Vale.

Loft bagged both the Iron’s goals in the space of seven first-half minutes, following which they were content to shut up shop.

The Valiants were the first to threaten when skipper Tom Conlon’s low drive was gathered at the second attempt by home goalkeeper Mark Howard.

But then it all went wrong for the away side.

Loft did brilliantly to roll his man on halfway before driving forward and drilling the ball into the far corner from a tight angle to score his sixth goal of the campaign in the 26th minute.

He did not have to wait long for his seventh, which came from point-blank range after Scott Brown had parried Alex Gilliead’s initial effort.

Vale improved after the break on the back of a triple substitution, but despite penning their hosts in for long spells, could not make their possession count.

Conlon chipped one of few half-chances tamely into the arms of Howard, who was later perfectly placed to keep out a glancing header from David Amoo.

They flung an array of balls into the box in search of a way back into the game, but the Scunthorpe defence held firm.