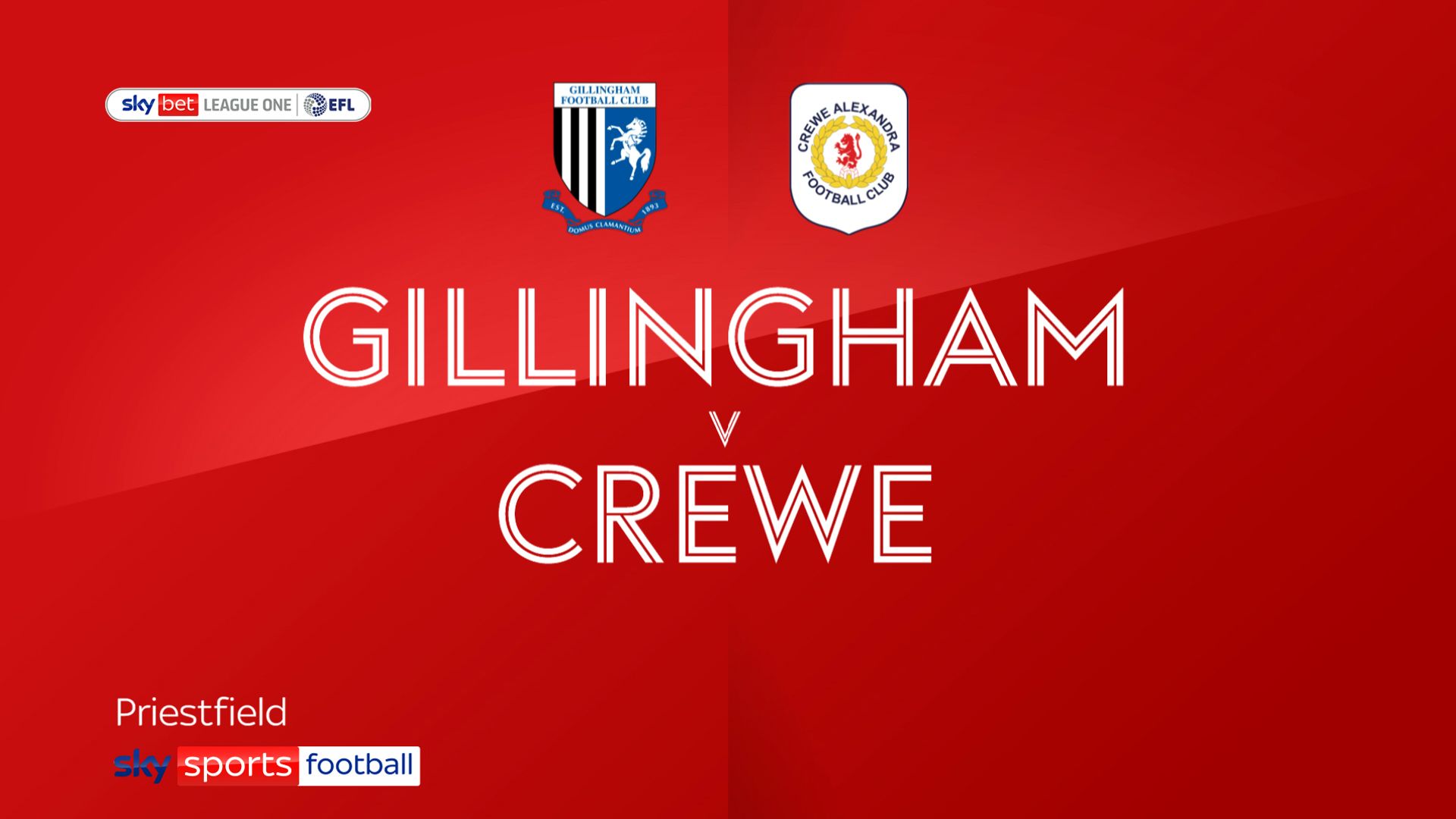 The Gills had defender Jack Tucker to thank for keeping the score goalless within the opening 30 seconds as he cleared Oli Finney’s shot off the line after a well-worked Alex move.

Steve Evans’ side took the lead courtesy of a Jordan Graham penalty in the 11th minute after Tyler Johnson had clumsily fouled the Gills midfielder.

Hearts loanee Lee put the hosts 2-0 up with the first goal of his third spell with the Kent club as he brilliantly turned Beckles before firing under Crewe goalkeeper Dave Richards.

Kyle Dempsey capped Gillingham’s impressive first half in style as he ended a free-flowing move involving Lee and Vadaine Oliver by slotting into the bottom corner from 15 yards.

Lee added his second and the Gills’ fourth shortly after the hour as he looped his header from Ryan Jackson’s throw over the luckless Richards.