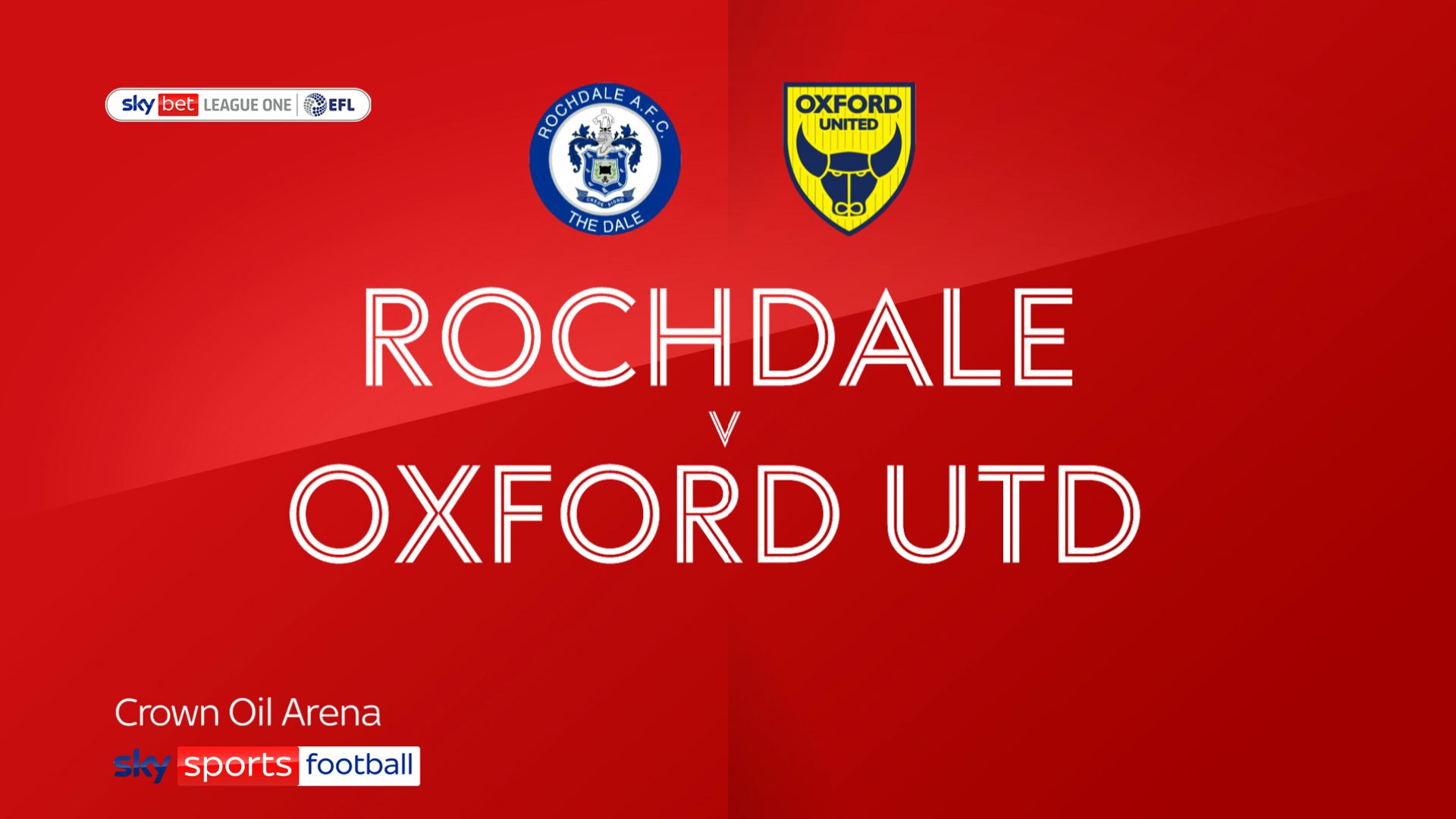 Karl Robinson’s men started brightly and took the lead just 12 minutes in when Dale failed to clear their lines from a corner and Dan Agyei fired a low drive into the bottom corner from the edge of the area.

The home side levelled on 22 minutes when Stephen Dooley cut across field and fed Matty Done on the left – he raced into the area and slammed an accurate finish across goalkeeper Jack Stevens.

And Dale were on top by the half hour mark when Stephen Humphrys fired them into the lead, cleverly flicking Aaron Morley’s corner into the net with his back to goal.

Oxford came out strongly after the break and equalised on 49 minutes via Elliott Moore’s header, then took the lead 13 minutes later through James Henry.

Matty Lund fired level Dale level two minutes later but a hashed clearance from Dale keeper Gavin Bazunu allowed Shodipo to loft the ball into an empty net and win it for the visitors.