Heavyweight contender Joe Joyce is preparing himself for a very big year in 2021.

In 2020, Dubois picked up the biggest victory of his pro career when he stopped unbeaten Daniel Dubois, who many viewed as the better favorite to win the contest.

The victory placed Joyce in position as the number two ranked contender under he WBO. 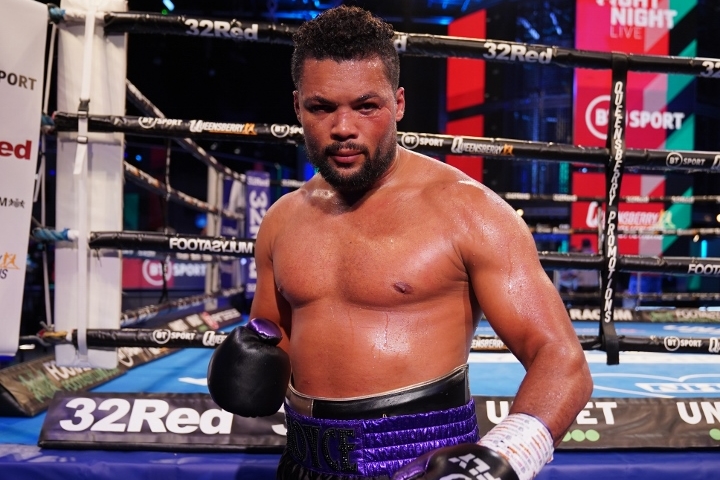 Joyce has already started working hard, to keep himself in shape and ready for a potential showdown with Oleksandr Usyk, for the interim-WBO world title.

The winner of the contest would land a mandatory shot at the victor of the potential full division unification between Anthony Joshua and Tyson Fury.

“Generally, before all my fights, I don’t feel fear,” Joyce to The Guardian. “I’m just relaxed and chilled.

“It gives us an opportunity to fight the winner of AJ-Fury. I’m fairly confident I can beat him. I saw the fight against Derek Chisora. [which Usyk won on points] and he’s put on more muscle and weight and he’s slowing down a little. At the same time I know it’s going to be tough because he’s so skilled. But can he weather my punches for 12 rounds?”

Usyk, who won a gold medal at the 2012 games and unified the entire cruiserweight division, moved up to heavyweight in 2019.

Joyce is very familiar with Usyk and his ability.

They fought in the amateurs in 2013 – with Usyk winning a clear decision.

Joyce would love to settle the score in the professional ranks.

“He was fresh from the London Olympics where he won a gold. I hadn’t fought many southpaws and Usyk’s an incredible fighter. He’s had 350 amateur fights and won 95% of them. So he was too seasoned,” says Joyce. “It was a bit like myself and Dubois where I had so much more experience. It will be different next time and I’m hearing it could be in the spring.”