Leonard Ellerbe respects how Ryan Garcia has gone about building his brand.

Ellerbe also was convinced even before Garcia knocked out Luke Campbell that the 22-year-old Garcia is one of the top lightweights in boxing. The Mayweather Promotions CEO still didn’t divulge much during a recent interview with FightHype.com about the possibility of Gervonta Davis facing Garcia next, other than to state how huge their lightweight fight would be if it gets made. 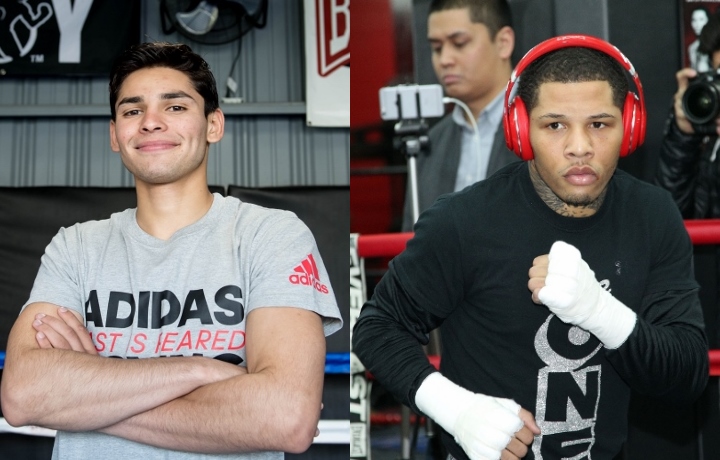 Davis (24-0, 23 KOs), a Baltimore native, and Garcia (21-0, 18 KOs), of Victorville, California, are the two most popular lightweights in boxing, based on their social media followings and ticket sales to cards that they have headlined. Whether their pay-per-view fight would generate more revenue and/or attention than an Anthony Joshua-Tyson Fury heavyweight title fight or a long-awaited welterweight championship showdown between Terence Crawford and Errol Spence Jr. obviously is debatable, but Davis-Garcia undoubtedly is one of the highest-profile fights that the sport can offer.

“There’s a tremendous buzz about, you know, both guys,” Ellerbe said. “Both guys are attractions, big-time attractions in the sport. You know, Ryan gets a lot of flak because there’s a lot of jealousy. You know, he’s a good, young fighter, and he took care of his business. And congrats to him.”

Garcia has called out Davis since the immediate aftermath of his seventh-round knockout of England’s Campbell (20-4, 16 KOs) on January 2 at American Airlines Center in Dallas. The WBC interim lightweight champion hopes a fight versus Davis can be made by September, though Ellerbe declined to get into specifics regarding potential negotiations for that bout.

“The best way to not get a fight done is to talk about it,” Ellerbe said. “See, the difference between Mayweather Promotions, how we operate, unlike a lot of other promoters, they talk about this, you know, stuff to the fans and to the media. We just do what we need to do and make things happen. So, when [it’s] the right time to announce Tank’s next fight, we’ll do that.”

Ellerbe was noncommittal when asked if he thinks Oscar De La Hoya, whose company promotes Garcia, would allow Garcia to fight the dangerous Davis next.

“I can’t speak for Oscar, but Ryan Garcia, he’s a boss,” Ellerbe said. “He’s a boss and he’s let the world know that he wants to fight Gervonta Davis next. So, that’s what Ryan Garcia said. You know, if there’s a disagreement, that’s none of my business. I’m just only reiterating what the fighter said. You know, and he said it to the entire world. I don’t know what Oscar’s thinking, what he wants to do. That’s not none of my business.”