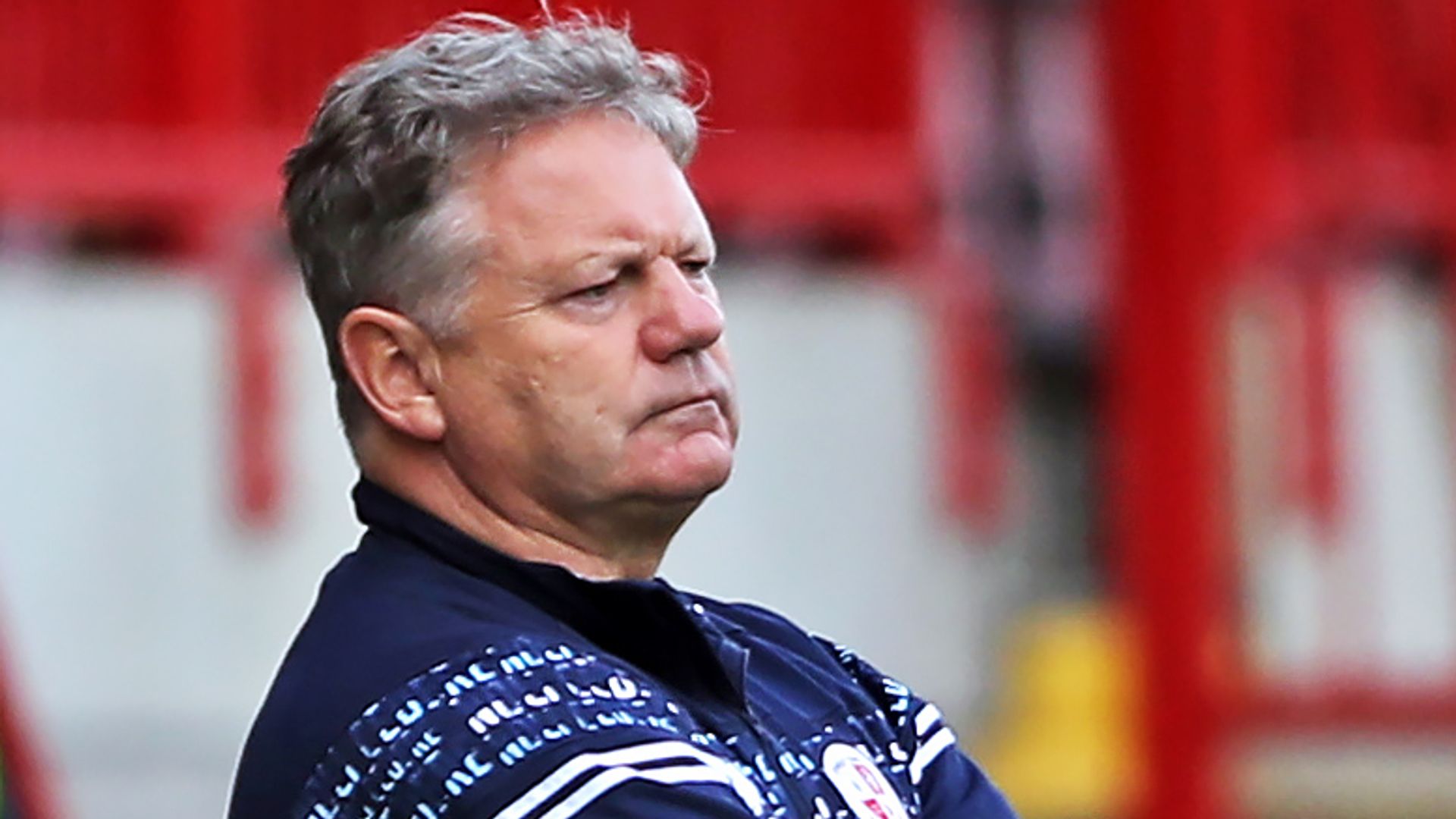 Crawley manager John Yems says he felt betrayed and was left suffering from depression following his departure from Bournemouth in 2018.

The League Two side come up against the Cherries in a delayed FA Cup fourth-round tie on Tuesday after beating Leeds 3-0 earlier this month.

Yems joined Bournemouth in 2012 when they were in League One and worked closely with former manager Eddie Howe and current boss Jason Tindall as the club made an unexpected climb into the top flight.

Yems’ time on the south coast came to an abrupt end three years ago, with Bournemouth saying they could not afford to keep his role as football operations manager.

The 61-year-old says the exit impacted his mental health before he was appointed Crawley boss in December 2019.

“It’s a funny thing, depression,” Yems said. “It just creeps up on you, when the phone stops.

“It’s the trust issue, being let down by people that you trust. You can stand many things in this world, but unfortunately, you do have to trust people – and when people dump on you from a great height, it’s very hard to take.

“It was betrayal, you go from the first division into the Premier League and then you get made redundant for no reason.

“It goes to show that certain people there are very unscrupulous and very untrustworthy.”

Yems says he has no problem with Tindall, who will be in the opposite dugout on Tuesday after Howe left following Bournemouth’s relegation from the Premier League last summer.

His gripes, instead, are with individuals whom he describes as “not football people”.

“It’s a different club to the one I left, it was more enjoyable when I was there and we were building,” said Yems, who has also enjoyed previous coaching roles at Fulham and Millwall.

“The Bournemouth I left when Eddie was there – and I’ve spoken to Eddie since – is not the same.

“People running the club are not football people. They were playing off the back of people who have the football success, but money becomes involved, and then it’s their success.

Following Yems’ comments, Bournemouth told Sky Sports News they are “disappointed” with the comments made by the Crawley boss concerning his exit from the club, and have rejected their former employee’s claims about his influence over player recruitment and first-team affairs.

A club statement read: “We are disappointed to read a further series of misleading and inaccurate comments from our former employee, John Yems, ahead of the club’s FA Cup fourth-round tie against Crawley Town.

“Sadly, these comments have been an all-too-regular occurrence over the past two-and-a-half years since Mr Yems’ departure from AFC Bournemouth.

“The club has kept its counsel and remained dignified during this time – despite multiple false public accusations – but would like to respond to a number of points which continue to be printed unchallenged and unchecked.

“As was made clear at the time, Mr Yems’ fixed-term contract at AFC Bournemouth came to an end in June 2018, and following a thorough review of the role, it was a position which was deemed to not be required.

“Despite Mr Yems’ continued claims of leading the club’s scouting and recruitment department, this was not the case.

“In fact, during the majority of his time at the club, he provided match day support for Eddie Howe and Jason Tindall and had no influence on transfers in or out of the club, earning significantly more in wages and bonuses than the figure he has regularly stated.

“As a club, we were pleased that Mr Yems returned to employment within football and are delighted to see his Crawley Town team performing so well, both in the league and cup competitions. We wish him continued success.”

Crawley’s preparations for the FA Cup fourth-round fixture have been hit by a Covid-19 outbreak which has ruled five unnamed players out of the trip to the Vitality Stadium.

The Sussex side have not played since beating Leeds on January 10 and the squad only returned to training on Monday.

Yems has held a couple of Zoom fitness classes with his depleted squad and says potential injuries are a genuine concern.

He said: “The uncertainty affects everybody and it’s put a little dampener on it (the Leeds win). You don’t know how people are going to come back from something like that.

“It’s a bump in the road, but we’ve got to overcome and just get on with it.”