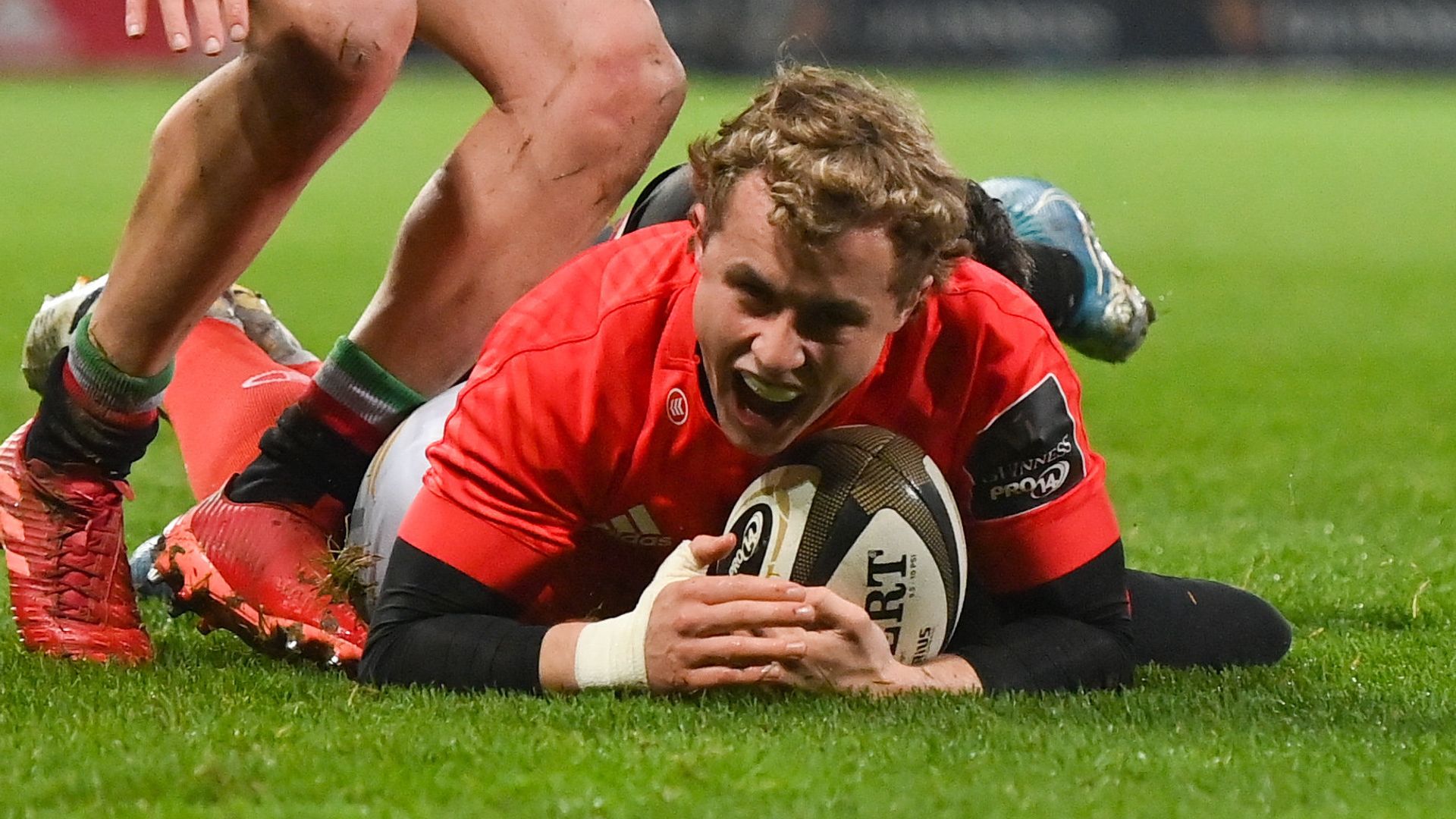 Casey, 21, is one of three scrum-halves included alongside provincial team-mate Conor Murray and Leinster’s Jamison Gibson-Park, with Leinster’s Luke McGrath, Connacht’s Kieran Marmion and Ulster’s John Cooney all left out.

As well as 22-year-old O’Toole at tighthead prop, Leinster’s Tadhg Furlong is included despite a calf injury that has kept him out since February. Leinster’s Andrew Porter is also selected, as Munster prop John Ryan misses out.

The other headline news is that Ulster back Jacob Stockdale has not been included due to his hamstring injury.

Elsewhere within the squad, Rhys Ruddock has been recalled due to his form for Leinster – with uncapped Munster back-row Gavin Coombes missing out despite his strong PRO14 form – with three other Leinster back-rows picked in Caelan Doris, Will Connors and Josh van der Flier.

In the second row, Ulster’s Iain Henderson is included despite not playing since early December due to a knee injury, alongside Leinster’s James Ryan, Munster’s Tadhg Beirne and Connacht pair Ultan Dillane and Quinn Roux.

Munster duo Dave Kilcoyne (loosehead prop) and Andrew Conway (wing) are both included, despite recent injuries, but hooker Niall Scannell has not impressed enough to get in, with Ulster’s Dave Herring, Leinster’s Ronan Kelleher and Connacht’s Dave Heffernan selected.

Johnny Sexton will captain the squad from out-half, with Ulster’s Billy Burns and Leinster’s Ross Byrne the other 10s selected, while no fewer than five centres have been picked: Leinster duo Robbie Henshaw and Garry Ringrose, Connacht’s Bundee Aki, Munster’s Chris Farrell and Ulster’s Stuart McCloskey.

The back-three options show a lot of youth in the shape of Munster’s Shane Daly, Leinster’s Jordan Larmour and Hugo Keenan alongside the likes of Conway, the experienced Keith Earls and the recently-capped James Lowe.