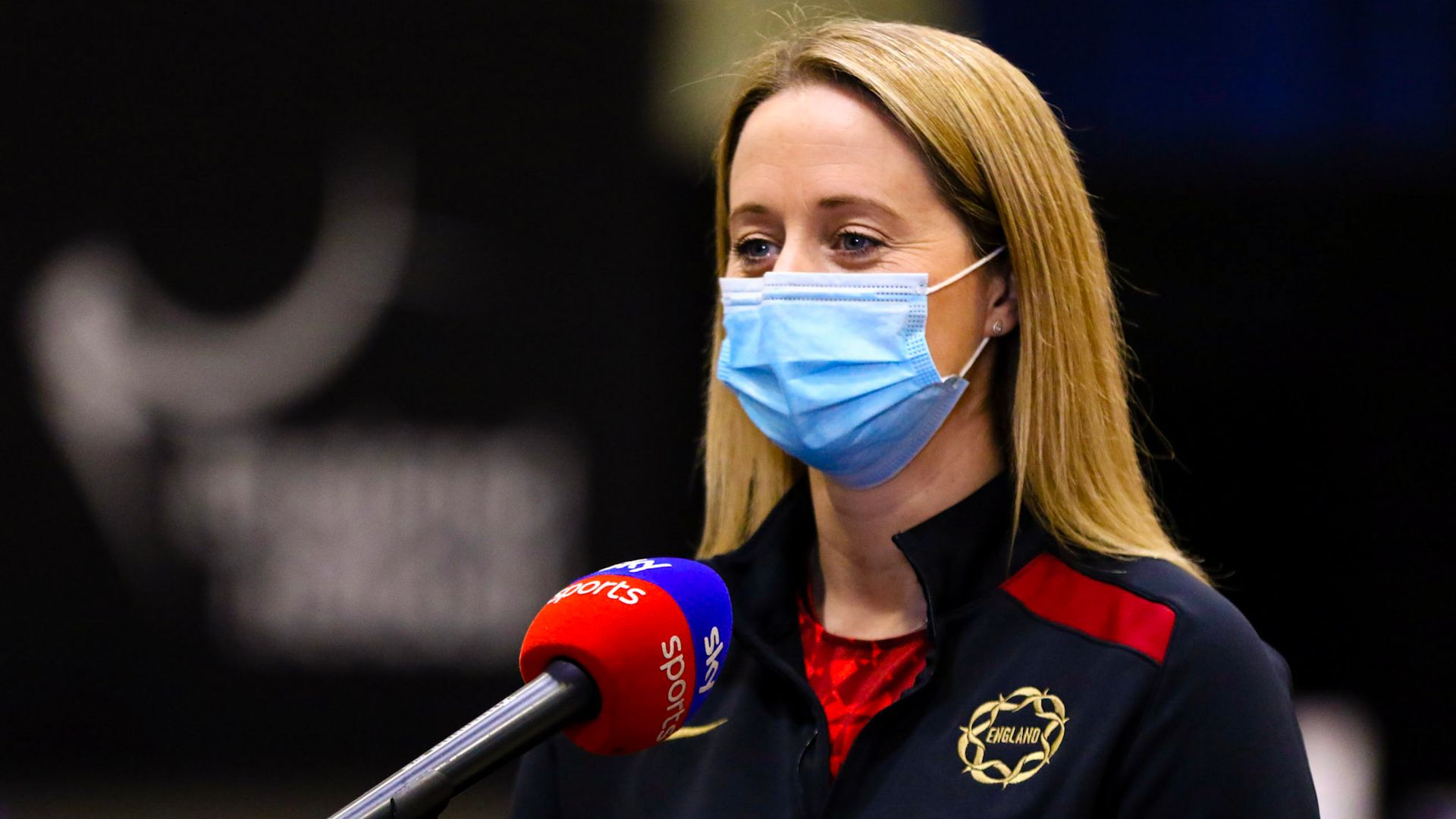 With a home Commonwealth Games coming up next year, England’s head coach is pleased with the progress of her Vitality Roses squad and believes there will be some difficult selection decisions to make in the future

Jess Thirlby hailed the Vitality Roses’ development and their ever-growing squad depth, after a 3-0 victory in the Vitality Netball Legends Series.

After Jamaica’s visit to England was curtailed due to COVID-19 travel restrictions, England Netball and the Vitality Netball Superleague teams showed their agility to come together and ensure the Roses had a series to play in.

The Vitality Netball Superleague All Stars squad was created and after a matter of days together, stepped up and took on Thirlby’s Roses behind closed doors in Loughborough.

With a home Commonwealth Games on the horizon – netball begins on July 29, 2022 – it was vital that Thirlby’s outfit took this opportunity to play in a competitive series.

When it comes to Birmingham 2022, the Roses have made no secret about their ambition to retain the gold medal they won back in 2018, and overall, Thirlby was content with their work during the three-match series.

“We had three weeks’ worth of training, before we even hit the matches and we’d put in a real effort for 10 or 11 days,” Thirlby said after the final match on Sunday evening.

“The intensity of that period was huge, and I think that what I’ve learnt is that we’ve got a greater capacity to perform at the required level for longer, physically. Tactically I thought that we showed some really good improvements from game to game. 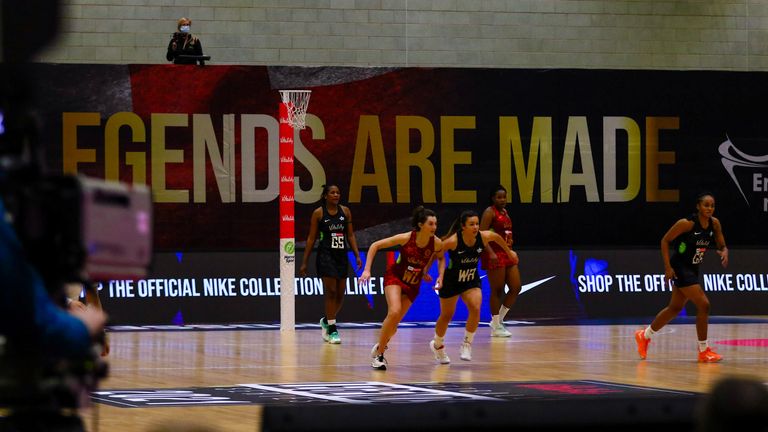 I’ve got a squad here, with others who still aren’t here, that’s going to be hard to get down to 12. But, I don’t have to do that yet, so that’s okay.

From the moment that she took over from Tracey Neville, Thirlby has been fully focused on pushing through individuals and broadening England’s options across the board. She has taken the chance to do this at every opportunity and is starting to see the benefits.

“Over the 16 months, a whole pool of players have developed who are now not playing like underdogs, or like someone’s understudy, they are actually fronting up,” the head coach said.

“To see someone like Raz [Quashie] back up what she did against New Zealand [is fantastic].

“We played the best in the world last year and now we’ve played a team full of people from around the world, so I think that we’ve done a pretty good job given the current circumstances.”

Although Thirlby has already seen Housby and Guthrie return after periods away from the international scene, in the defensive end she still has Geva Mentor to come back and Eboni Usoro-Brown, who is working her way back to fitness after having her first child.

Stacey Francis is another seasoned defender and Kate Shimmin has also played under Thirlby’s watch.

In attack, Jo Harten is yet to return into the Roses’ shooting end and Chelsea Pitman has bundles of experience to bring back at WA.

The fact that Nat Panagarry shone for the All Stars and Amy Carter and Imogen Allison still have the potential to develop further in an England dress highlights the options now available to England’s head coach.

“It’s really pleasing,” she said about having such depth.

“And, when I need to, I’ll know that I’ll be ready. I’ll know what that starting line-up is and who the final 12 are going to be.”