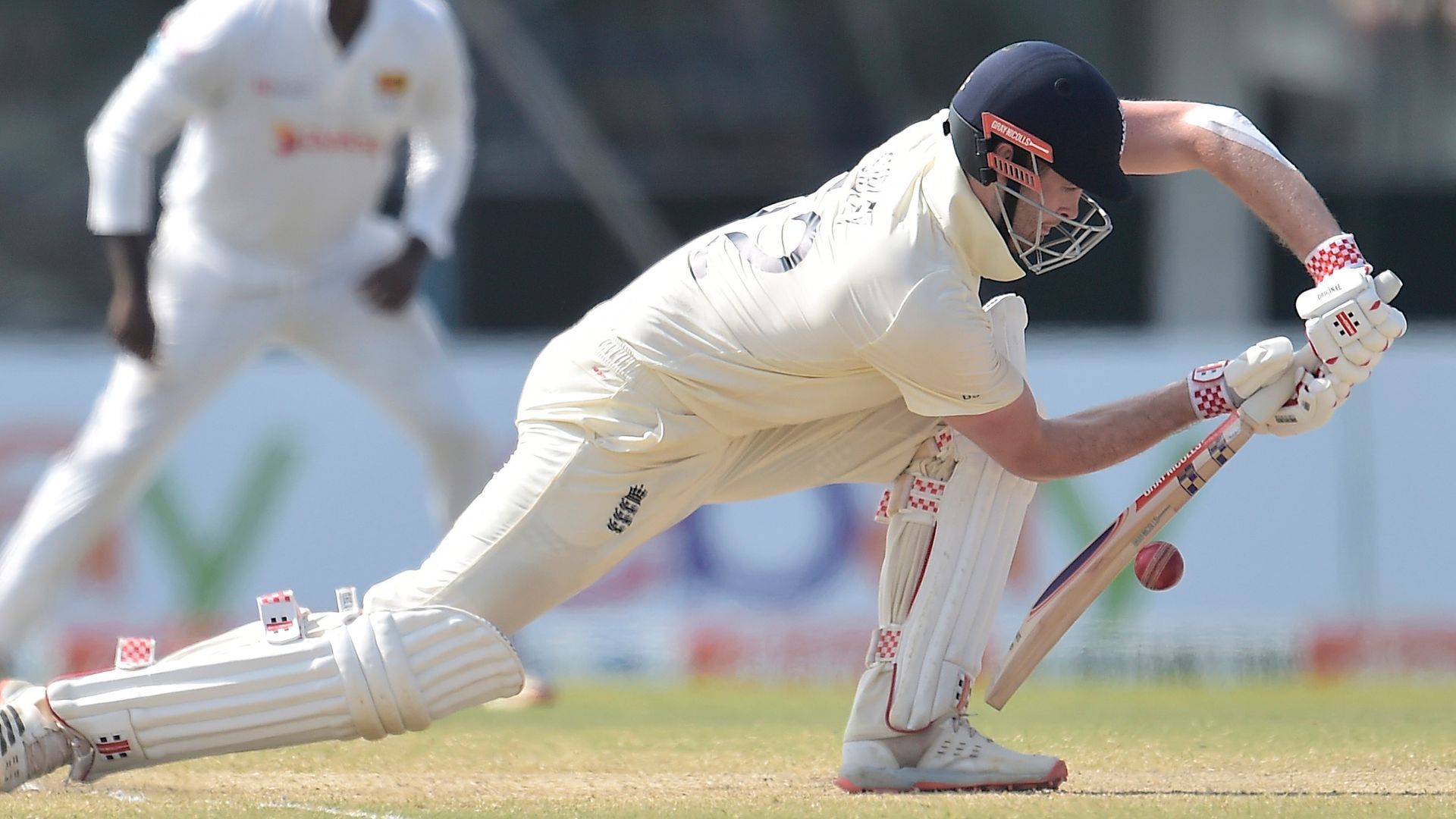 “I was in a pretty dark place so to get some runs is a bit of a relief”; England opener Dom Sibley battled to his third Test fifty, ending a run of single-figure scores, as the tourists beat Sri Lanka in Galle to clinch a 2-0 series win

Dom Sibley spoke of his relief at scoring an unbeaten half-century in England’s win over Sri Lanka after admitting he was “in a pretty dark place” following a string of single-figure scores in the series.

The England opener finished unbeaten on 56 as Joe Root’s side completed a six-wicket victory in Galle to seal a 2-0 series sweep, putting on an unbroken 75 with Jos Buttler to clinch it.

After making 4, 2, and 0 in his first three innings in Sri Lanka and Rory Burns back in contention for the India tour, Sibley admitted he is unsure whether he will retain his place for the series opener in Chennai in 11 days’ time but is feeling far better after registering his fifth 50-plus score in Test cricket.

“We’ll have to wait and see what happens, we’ve got guys coming back into the team but I’m pleased that I’ve managed to end this tour on a high,” he said.

“The other night I was in a pretty dark place so to get some runs is a bit of a relief and with the hard work that I’ve put in, it’s nice to see some rewards.

“I’ve had a bit of a stinker in the series so far. Having worked really hard on playing spin before we came out here during the winter months in England, you start to doubt yourself before today.

“Obviously, I had a bit of luck with the reviews and it was nice to spend a bit of time at the crease, give myself a chance and see the boys over the line.”

While Sibley struggled, falling cheaply to left-arm spinner Lasith Embuldeniya in each of his first three innings, Joe Root has been in astonishing form with a double century in the first match and another hundred in the second.

The Warwickshire batsman was in awe of his captain’s performances and said he had been working with South Africa great Jacques Kallis, England’s batting consultant for the series, in the nets to try and improve his own fortunes against spin.

“Watching Joe makes you feel a little bit inadequate, to be quite frank!” Sibley said. “The way he has played in this series has been incredible, the way he has swept and made it look so easy on tough wickets.

“With Jacques, we have been in the nets and they’ve been tough net sessions, actually trying to change things mid-series when I felt really confident coming into the series with what I’d done to play spin.

“To then doubt it and change that takes a bit of courage but I changed a couple of things and luckily it paid off today.”