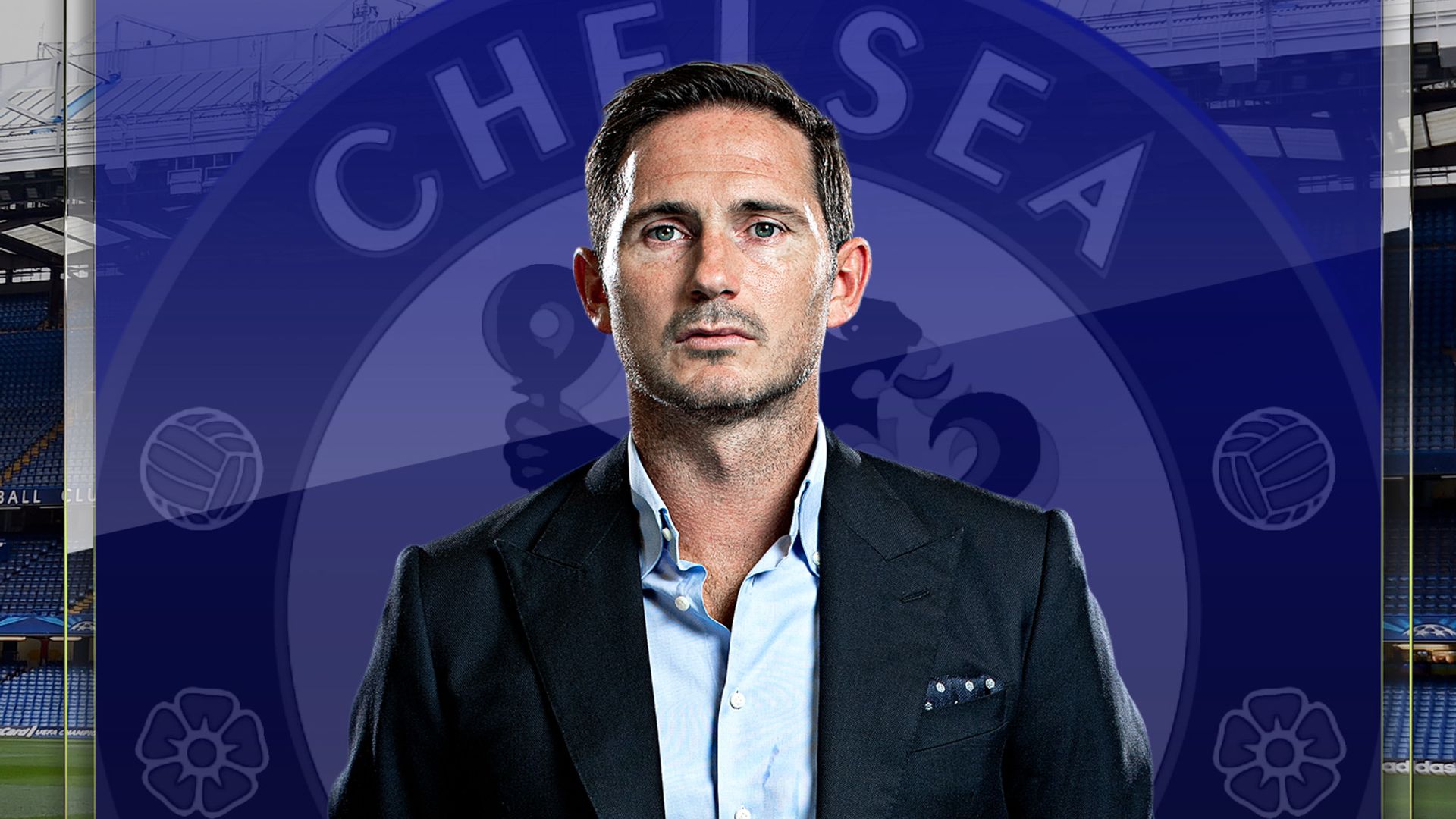 Chelsea sacked Frank Lampard on Monday after just one-and-a-half years at the helm – but what caused the poor run of form? We check the stats…

Three points at Leicester would have seen the Blues skip into sixth spot and eclipse their strained 1-0 win over 10-man Fulham a week ago. Instead, the 2-0 defeat left Chelsea languishing in ninth by the weekend with their full allocation of 19 games played – and they could be demoted to 10th after Southampton host Arsenal on Tuesday.

The graphic below reveals Chelsea’s average points-per-game return has been riding between two and three points since Lampard was appointed, but actually hit the lowest point in October earlier this season.

A positive turnaround in form coincided with Edouard Mendy replacing Kepa Arrizabalaga between the sticks, conceding only one goal in his first six league games – but he has only kept two shutouts in his past nine games since.

Upon Lampard’s departure, Chelsea were shipping more than they were scoring for only the second time during his reign, based on a five-game average – the first slump being a one-month period during December 2019.

A similar narrative plays out when we look at expected goals, which measures the true value of chances in front of goal. These metrics suggest Chelsea have slipped to parity between chances created and chances conceded for the first time since March 2019, under Maurizio Sarri.

Expected goals against (xGa) measures how many goals a team would have been expected to concede, based on the quality of opposition chances

Splashing the cash and offensive tactics

Lampard has typically started five new signings this season in Mendy, Thiago Silva, Ben Chilwell, Hakim Ziyech and Timo Werner. While the latter has slipped out of favour in recent weeks, compatriot Kai Havertz has also been in and out of the side, having suffered from the effects of coronavirus and struggled to find form since his £75.8m move.

Indeed, the league topping £226.1m outlay on signings and sheer abundance of talent in the squad certainly compounded Lampard’s fate – having used a league-high 27 players during the campaign in an attempt to find the perfect blend and distribute game time.

The graphic below reveals how the full-backs and flanking midfielders have typically pushed high up the pitch this term, frequently receiving passes from the centre-backs and threading those to Mason Mount (LCM) or Mateo Kovacic (RCM. 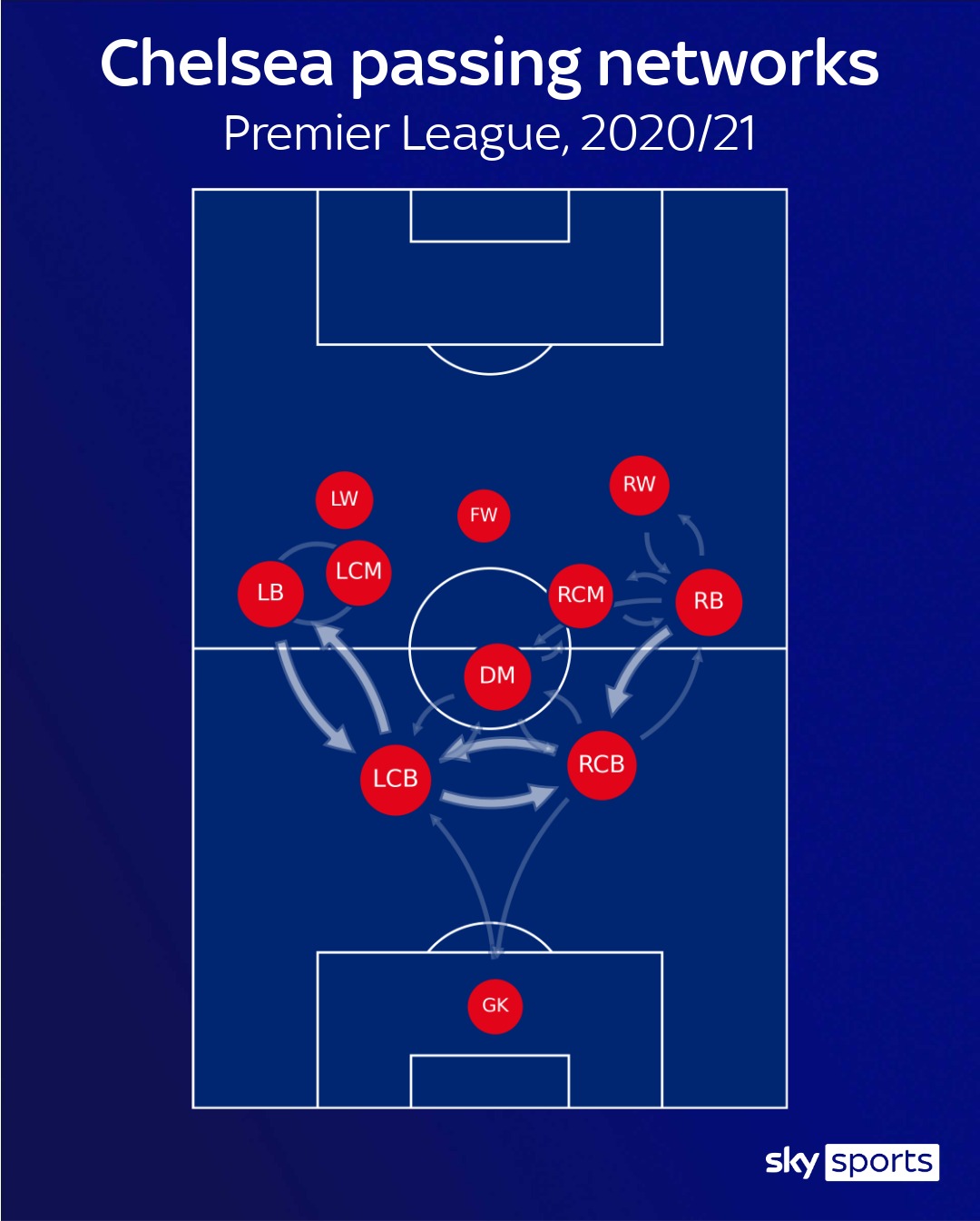 The advanced full-backs have provided an offensive boost but also caused defensive weaknesses, when failing to track back – which was the case when James Maddison broke through Chelsea’s right flank to score on Tuesday.

Indeed, the graphic below reveals vulnerabilities around central and right-of-centre areas in their penalty box, an area typically marshalled between Kurt Zouma and Reece James.

Chelsea have also made more errors leading to goals than any other team in the Premier League this season. Their six costly errors is at least twice as many as 18 other sides – although three of these were attributed to Kepa before Mendy joined the club.

Of the so-called ‘big six’ rivals, only Manchester United have shipped more than Chelsea’s 23 goals, while xGa data compounds that further by suggesting they should have conceded nearly five fewer. In this metric, only Brighton, Crystal Palace, West Brom and Sheffield United fare worse.

With such an intense attacking thrust, Chelsea rank impressively for creating chances, scoring goals, attempting shots and crossing into the box.

Chelsea rank impressively for high turnovers and pressing but notably rank behind four of the ‘big six’ clubs for possession won in the middle third, which could be attributed to the concentration in attack, given N’Golo Kante, Mount and Kovacic possess ample qualities to provide midfield mettle.

In terms of physical exertions, only Leeds have averaged more sprints per game, with the full-backs clocking a team-topping number of bursts to cover both ends of the pitch in a four-at-the-back system.

However, Liverpool and Manchester City deploy full-backs with similar offensive freedom more effectively, but both teams typically cover more distance during a game – which could be attributed to a slight lack of movement and cover.

So the Chelsea hierarchy have taken the plunge and sacked a club legend, with former Pais Saint-Germain head coach Thomas Tuchel favourite to take the reins and become the 10th manager to be appointed in as many years.

The German will look to help compatriots Timo Werner and Kai Havertz find form, rekindle defensive solidity and sharpen the end product of their attacking thrust.

But axing Lampard at the beginning of his rebuilding project will also leave a sour taste in the mouth for many associated with the club.