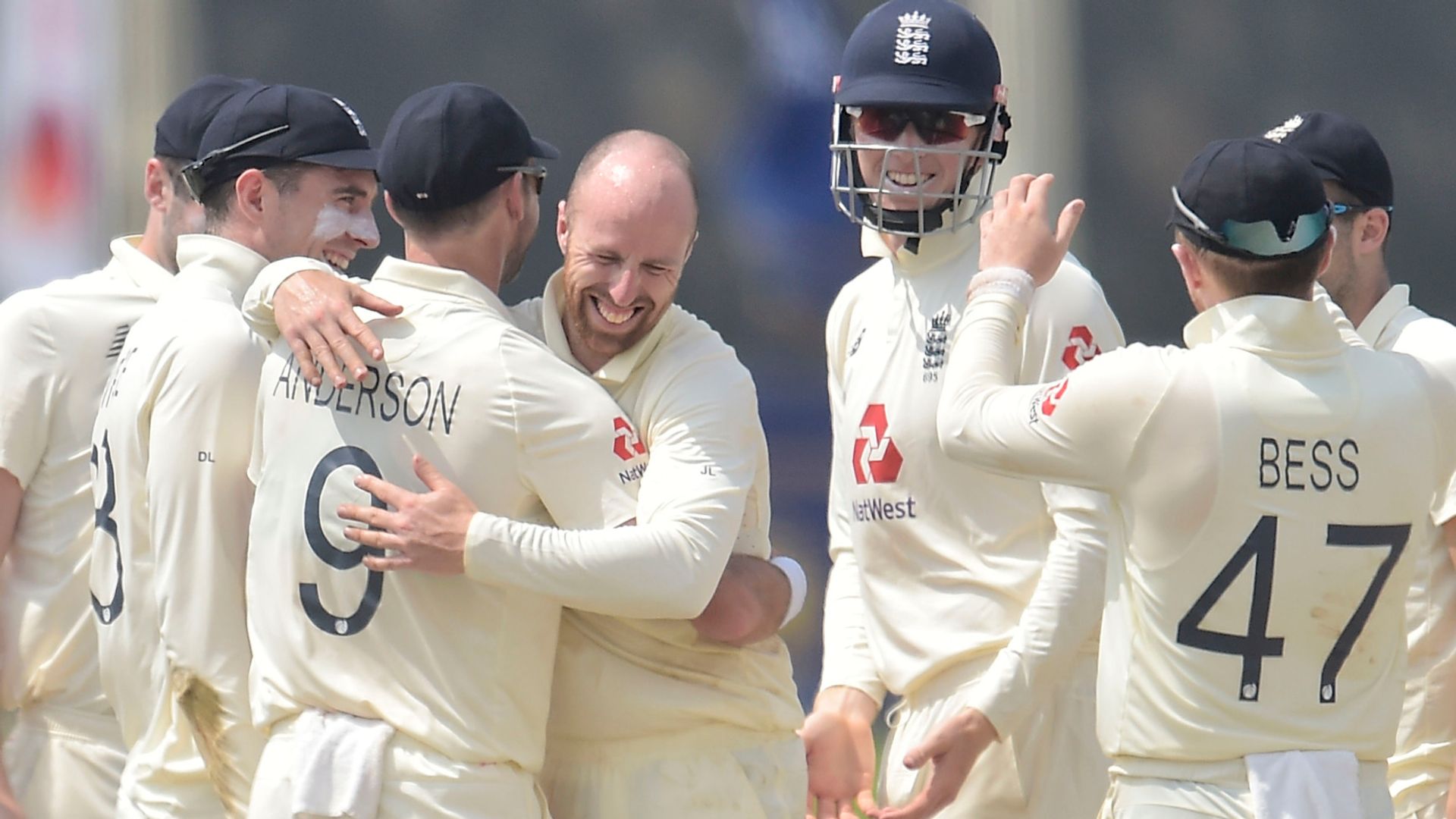 Sri Lanka crumbled to 126 all out in second innings before Dom Sibley (56no) and Jos Buttler (46no) guide England to a six-wicket win in the second Test; tourists take the series 2-0; Lasith Embuldeniya’s 10 wickets in the match come in vain

Dom Sibley scored a battling half-century to take England to a six-wicket win in the second Test after Sri Lanka collapsed to 126 all out.

The England opener had made just six runs in three previous innings in the series but made the most of some good fortune, surviving three tight lbw reviews on umpire’s call, and, alongside Jos Buttler (46no) helped the tourists seal a 2-0 series win late on the fourth evening.

England were set 164 to win on a deteriorating pitch after the hosts succumbed to Jack Leach (4-59), Dom Bess (4-49) and Joe Root (2-0) in alarming fashion as all 10 wickets fell to spin either side of lunch.

Only left-arm spinner Lasith Embuldeniya provided any resistance for Sri Lanka, hitting a career-best 40 before taking three second-innings wicket to end with match-figures of 10-210, as the home side threw away their first-innings advantage.

Sri Lanka did briefly give themselves hope of defending a modest target when Root (11) and Dan Lawrence (2) fell in quick succession to leave England 89-4, but an unbroken stand of 75 between Sibley (56no) and Buttler saw the visitors to a series sweep and fifth away win in succession.

Watch day five of the second Test between Sri Lanka and England from 4.25am on Tuesday on Sky Sports Cricket.