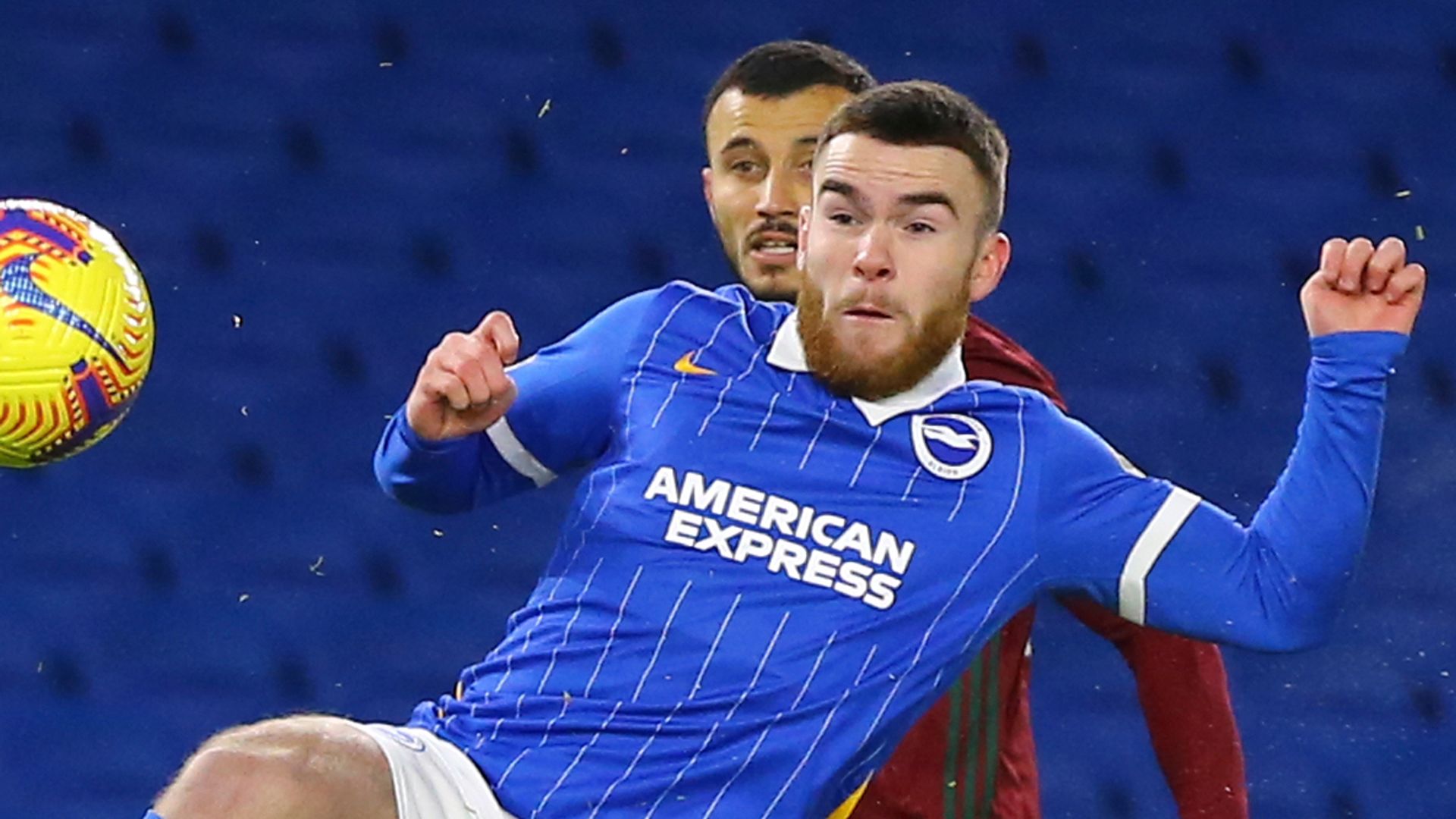 Team news and stats ahead of Brighton vs Fulham in the Premier League on Wednesday; kick-off 7.30pm.

Brighton expect to have Adam Lallana and Aaron Connolly back in their squad for Wednesday’s Premier League clash with fellow strugglers Fulham.

Midfielder Lallana (groin) and striker Connolly (hamstring) have returned to training following their respective injury problems but neither is expected to start.

Fulham are still without captain Tom Cairney, who faces a few more weeks out with a knee injury.

Alphonse Areola, Kenny Tete, Ademola Lookman, Ivan Cavaleiro and Harrison Reed return after they were rested for the FA Cup defeat by Burnley.

Follow Brighton vs Fulham in our dedicated live match blog. Highlights will also be published on the Sky Sports digital platforms and the Sky Sports Football YouTube channel shortly after the final whistle.

Even my eyebrows were raised reading our alternative Premier League table according to Opta’s Expected Goals model on Monday morning. Brighton are the kings of underperforming in accordance to their performance data but it was striking to see them sitting in fifth place in that xG table. As our stats man Matt Cheetham pointed out, based on how many times they have created significantly better chances than their opponents, Graham Potter might have been expected to have double their current points total.

Yet, they remain just five points above the drop zone and still they don’t pass the test with the eye to suggest they are in a false position despite the staggering metrics. In both boxes Potter’s team are flaky. A win for Fulham here would open up the dog-fight at the bottom, however, they have a touch of the Potters themselves. Scott Parker plays an easy-on-the-eye style but creating clear chances remains a problem – as does their ability to concede at crucial times in matches.

This clash looks a classic case of both teams taking a point, something that has occurred 14 times in matches involving these two this season, including in the reverse fixture at Craven Cottage.

In a bumper Review show, the panel recover from spitting out their coffee on Monday morning to react to the news that Frank Lampard has lost his job as Chelsea manager. Where did it go wrong for Lampard? Did he lack experience? And what would replacement Thomas Tuchel bring?

Jasper Taylor is joined by Roger Clarke, Gerard Brand and Mark McAdam for the latest Pitch to Post review, as we analyse all 20 Premier League clubs in the half-term review.

In possibly the most bizarre Premier League season in history, which has seen eight different leaders, we cover every team from the rise of Ole’s United to the fall of Wilder’s.