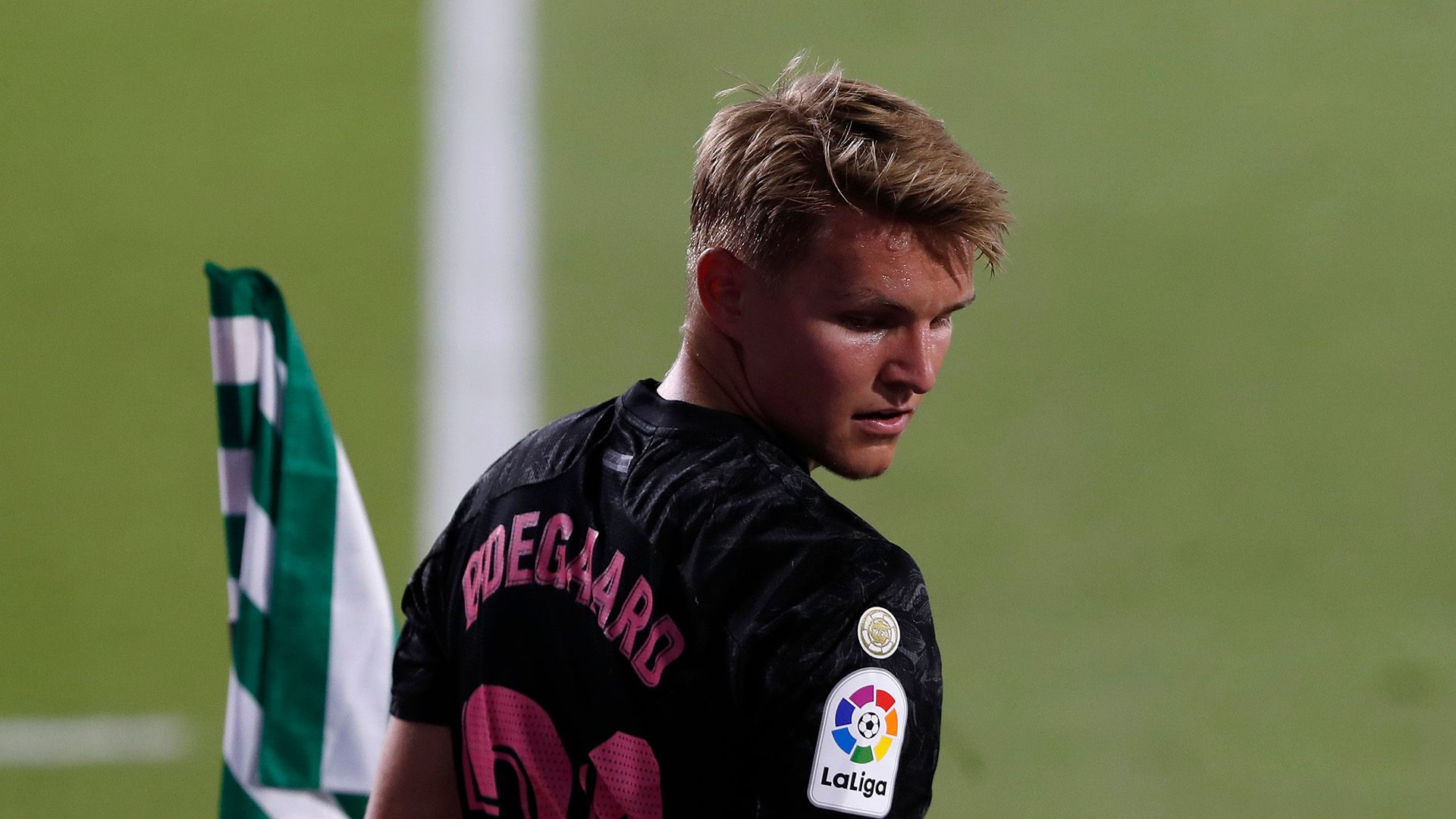 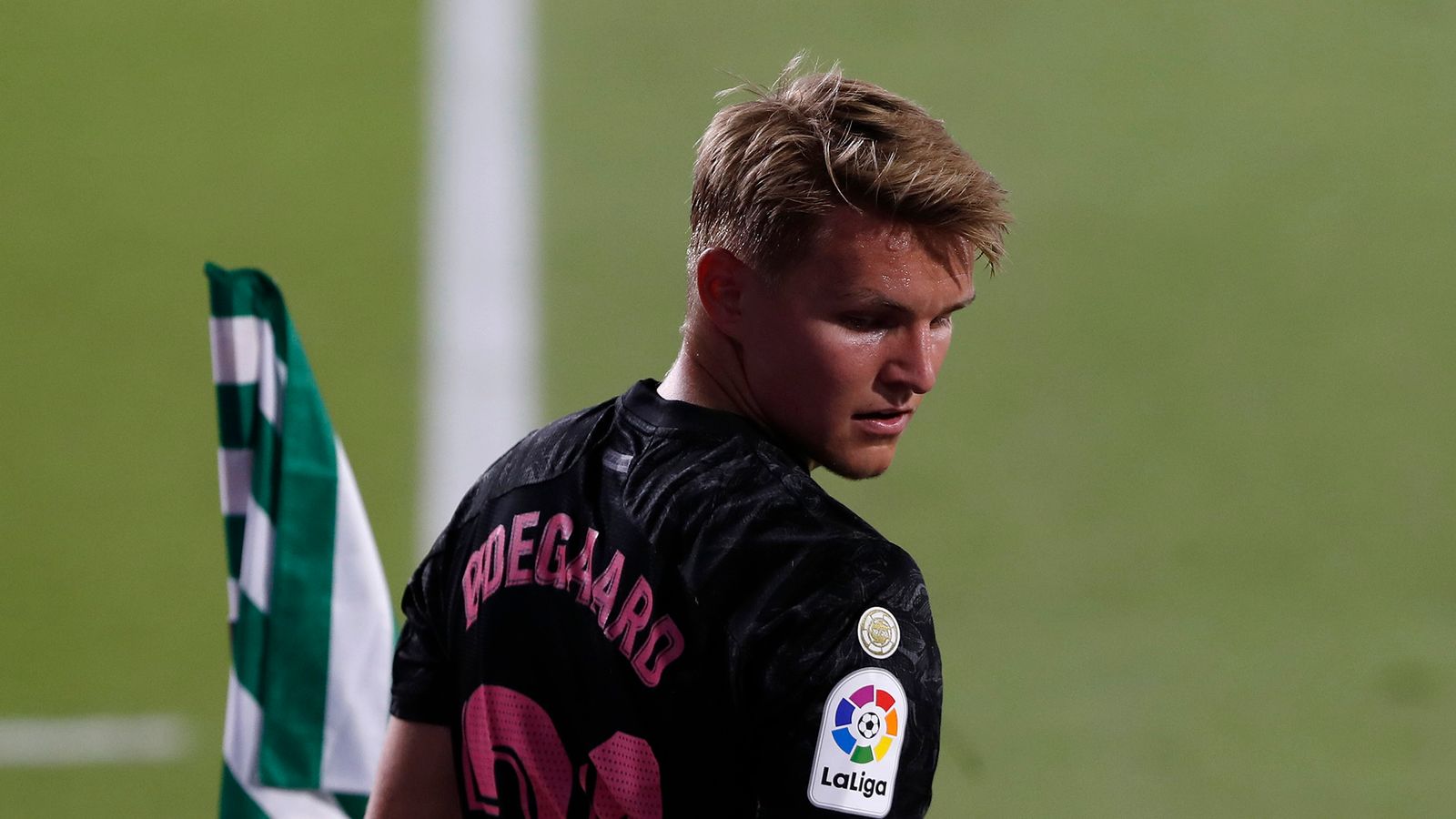 Mesut Ozil has thanked Arsenal for an “amazing journey” after his departure to Fenerbahce was confirmed, saying he goes with no grudges despite not playing for nearly a year.

Ozil said goodbye to his Arsenal team-mates a week ago and his move to Turkey had now been wrapped up, ending his nearly-eight-year stay at the Emirates.

“I’d like to thank the club for this amazing journey over the past seven-and-a-half years,” said Ozil, who has not played for the Gunners since March, with his £350,000-a-week deal set to expire at the end of the current season.

On the club’s official website he added: “The support I have felt from the team and fans during my time here has been truly incredible and something I will always be grateful for.

“Together we won trophies for the first time in years and created memories that will last a lifetime. The Arsenal fans will forever remain in my heart.

“I’d like to thank Edu Gaspar for helping bring about a professional and dignified solution in the past few days, and I wish everyone at the club the best in their attempt to continue to bring Arsenal back to the top, where we belong.”

Has it been a good window so far for Arsenal?

“The window is going according to Mikel Arteta’s plan. In a news conference last month, he said he wanted to offload some players on loan. So off went Sead Kolasinac to Schalke, William Saliba to Nice, the Sokratis contract was mutually terminated and now he’s a free agent.

“The Mesut Ozil saga is close to coming to an end and we’ve been hearing from a colleague in Turkey who is saying Ozil will take a massive pay cut. We’re told he’ll be on £60,000 per week but he will receive a £4.5m signing on fee and his wages will be boosted by sponsors.

“Arteta also said once he started getting some wages off the salary book and numbers off his squad, he could start to look at some openings, particularly in attacking midfield. Lo and behold, they look like they’re very close to bringing in Martin Odegaard from Real Madrid.”

The deal will be a loan until the end of the season, with a medical in the next 48 hours.

“Lucas Torreira is interesting. Remember, Edu has said a lot of clubs are monitoring his situation.

“He joined Atletico Madrid in the summer, but he’s only made two starts in the league for the club.

“We are told Fiorentina, Torino and Cagliari are among a number of Italian clubs who are interested in Torreira, but it is also our understanding that Atletico Madrid will not let him go.

“Now, this is quite significant. When Atletico signed Torreira, Arsenal wanted to do a loan with an obligation to buy or at least a loan with an option. Atletico said we don’t want either of those, we just want a straight loan deal.

“That means that if it was an obligation, Arsenal knew they’d be guaranteed a certain fee at the end of the season. However, there is no option, there is no obligation and because he’s hardly played, it’s only doing one thing to his value ahead of a potential summer move.

“Arsenal want him playing to maintain his value but the cynic in me is wondering whether this has got anything to do with what could be described as a frosty relationship between the two clubs because of what happened with Thomas Partey.

“This is certainly one to watch.”

“As for Folarin Balogun, we know he’s scored two goals in 64 minutes of action. Arsenal do want to keep him. Mikel Arteta is a big, big fan of the player

“Contract talks so far have not reached any kind of resolution, and remember he is out of contract in the summer, so he is free to sign a pre-contract agreement with a foreign club this month.”

Martin Odegaard – Arsenal have agreed a deal to sign Real Madrid midfielder Martin Odegaard on loan until the end of the season (Sky Sports News, January 24)

Nathan Collins – Burnley and Arsenal are battling it out for Stoke’s Collins (Sun, January 23)

Tyrick Mitchell – Arsenal are interested in signing the Crystal Palace youngster, but face difficulty in concluding a deal on the cheap (Daily Express, January 23).

Emi Buendia – Arsenal look set into being forced to wait until the summer for the chance to land Norwich City star Buendia (Daily Mail, January 21); Arsenal are set to walk away from a deal to land Norwich’s Emi Buendia after they named their asking price (Daily Express, January 15); Arsenal’s hopes of landing Buendia have faded away after Norwich decided they will not sell this month, according to reports (Daily Express, January 8); Arsenal are unlikely to move for the Norwich midfielder this month because of a lack of funds (Daily Mirror, January 6).

Odsonne Edouard – Celtic have reportedly lowered their asking price for the in-demand striker – which could tempt Arsenal into launching an offer (Daily Star Sunday, January 17)

Ivan Toney – The forward has attracted admirers at Arsenal, who are now set to keep a watchful eye over the Brentford frontman (Daily Express, January 16)

Manor Solomon – Arsenal have already started planning for the summer by lining up an offer for the Shakhtar Donetsk winger (Daily Mail, January 18); Arsenal have been given the thumbs up to make a move for Shakhtar Donetsk attacker because the Israel international is very interested in a move to the Emirates (Daily Express, January 15).

Omar Rekik – Arsenal finalising the transfer of Tunisia U21 defender from Hertha Berlin (Sky Sports News, January 7); Arsenal are set to confirm the £900,000 signing of Rekik this week (Daily Mail, January 7).Houssem Aouar – Arsenal are unlikely to land the high-profile signing from Lyon this month because the £45m-rated midfielder is too expensive (Daily Express, January 2).

Alexandre Lacazette – Arsenal are facing a dilemma over Lacazette with just two weeks left of the January transfer window, with Atletico Madrid reportedly interested in the forward (Daily Star, January 19); Atletico Madrid are reportedly preparing to revisit their pursuit of the Arsenal striker (Mail on Sunday, January 17).

Mesut Ozil – The midfielder’s departure to Fenerbahce has been confirmed (January 24).

Sokratis – The Arsenal defender has had his contract cancelled by mutual consent (January 20).