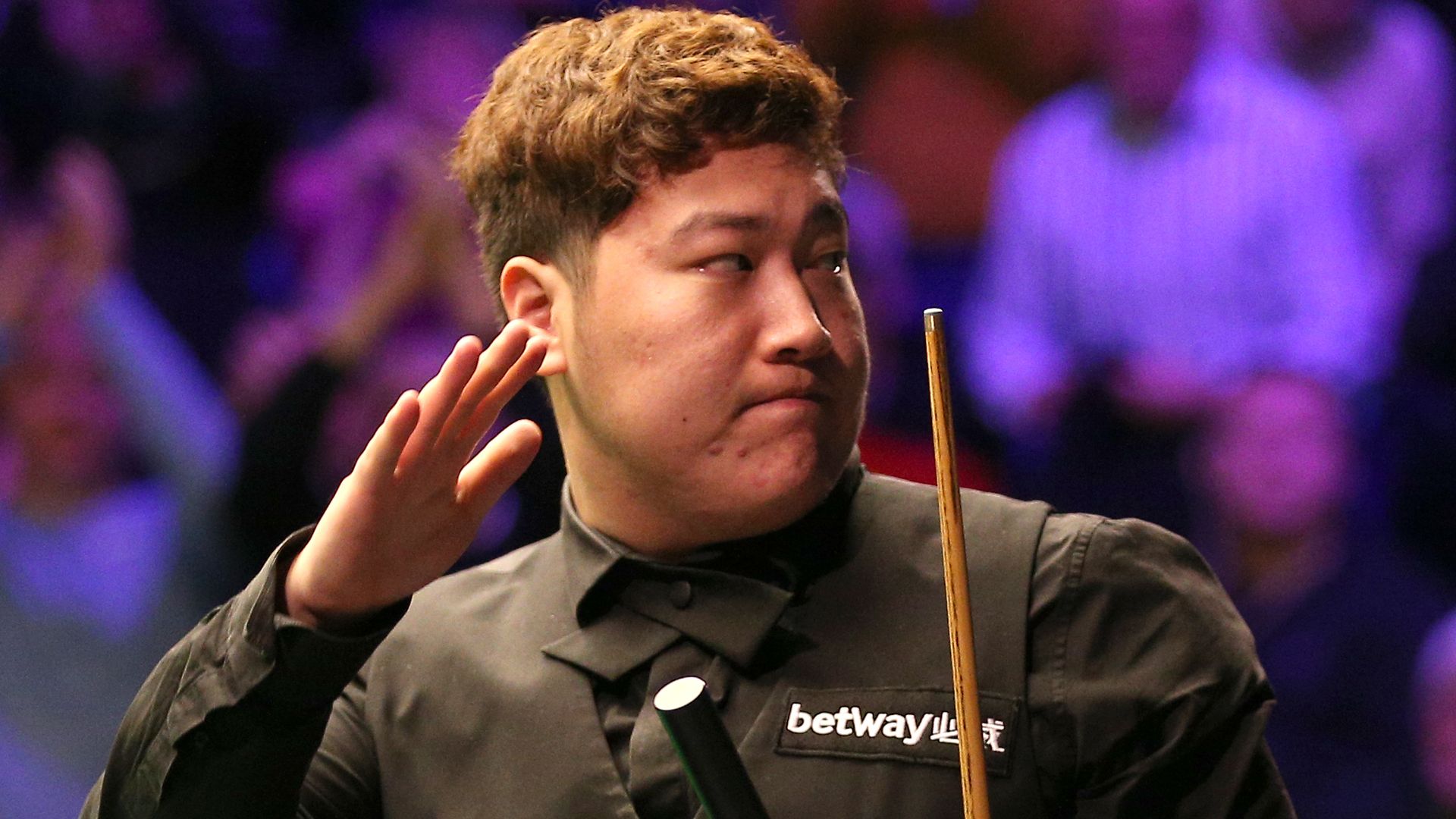 Yan Bingtao, the 20-year-old Chinese star, rose to the occasion to see off the Scot, 25 years his senior, and claim the title in his debut appearance in the top-16-only tournament.

Yan Bingtao was crowned the youngest Masters champion since Ronnie O’Sullivan in 1995 after sinking John Higgins 10-8 in Milton Keynes.

It was a remarkably composed display from Yan, the world No 11, who twice hit back from two frames behind before seeing off the vastly experienced former two-time winner.

Speaking through a translator, Yan said: “It is how I look all the time – you can’t tell how nervous I am but my heart is really beating out.

“On the last red in the final frame I was so close to the winning line but he still stayed on the table fighting, and that is the most pressured moment I felt.”

Higgins will rue a series of costly errors at crucial moments, but it was Yan, who had come through three straight final-frame deciders to reach the final, who stepped up again when it counted.

From 8-8, Yan produced a superb 70 to move within one of his first major title, then shrugged off the prospect of yet another decider after repelling Higgins’ game attempt to claim three improbable snookers he required.

After the pair shared a nervous opening four frames, Higgins forged ahead with a break of 98 in the fifth frame then a gutsy 37 to establish a 4-2 lead.

A brilliant yellow from Yan set up a 97 clearance to reduce the deficit, but Higgins had re-established his two-frame lead at the end of the first session.

But if Yan had proved anything after winning three consecutive final-frame deciders on his way to the final, it was his ability to thrive under pressure.

In an extraordinary start to the concluding session, Yan retrieved a 67-point deficit with 67 on the table, before brilliantly cutting in the resulting re-spotted black.

A 76 in the next frame punished Higgins for missing an easy yellow, and hauled the young Chinese player level at 5-5.

Drawing on his decades of experience, Higgins chiselled out another two-frame advantage with back-to-back breaks of 74 and 116.

Higgins had the next at his mercy, but an inexplicable in-off from a safety handed Yan the chance to sweep up and ultimately pot a black the Scot left dangling after an attempted double.

Yan pulled level again at 7-7 with a 103, his first century of the final, then nudged in front after Higgins, having hauled back a 55-point deficit, missed a frame-winning blue.

Higgins characteristically shrugged off his error to level with a well-taken 63, but the ice-cool Chinese star replied with 70 to move one frame from victory.

By converting his first opportunity, Yan became only the second player from China to win the tournament, after the 2011 winner Ding Junhui.

Higgins hailed the champion, telling the BBC: “He was fantastic – he’s got such an incredible all-round game.

“I had my chances and I’m sick because I should have gone 6-3 in front and I was in control to go 8-5 in front.

“I’m gutted, but every credit to him – it is a brilliant achievement winning it at such a young age.”