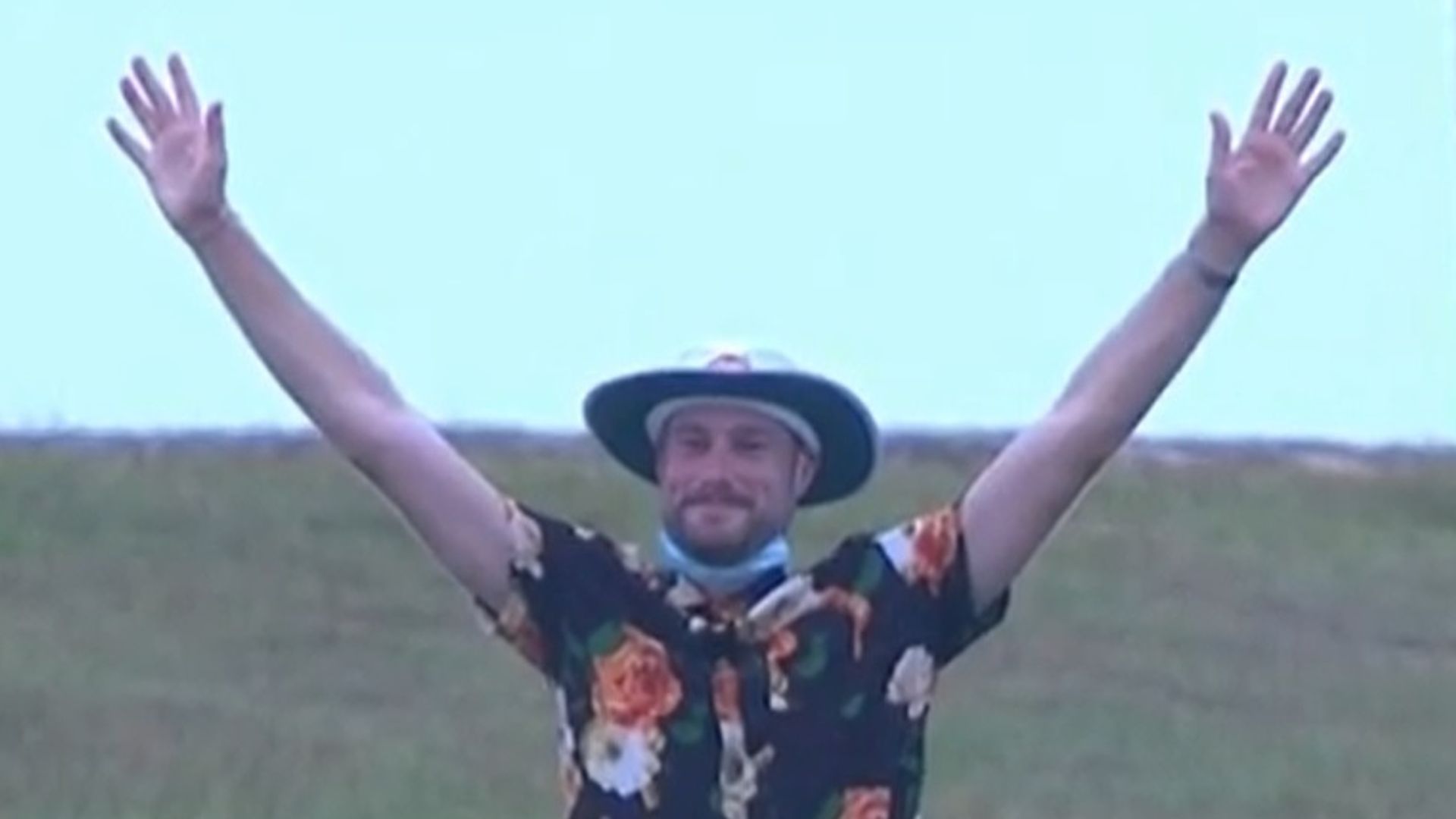 England supporter Rob Lewis eventually got to cheer his team to victory over Sri Lanka in Galle, 10 months after the original tour was postponed due to coronavirus; watch the second Test live on Sky Sports Cricket from 4am on Friday

Joe Root has thanked an England fan who waited in Sri Lanka for nearly a year to watch the team play, after England won the first Test of the series in Galle.

Rob Lewis, a web designer from Sunbury-on-Thames, first flew out to Sri Lanka on March 13 last year – discovering while he was on the plane that England’s tour had been called off because of the coronavirus pandemic.

He stayed in the country, however, and was finally able to watch live from the historic Dutch fort adjoining the ground, 10 months later as England beat Sri Lanka by seven wickets.

With no fans allowed into the ground, Rob became “almost a beacon for everyone at home”, said Root, who spoke to him on the phone following England’s victory.

“Rob? Hello mate, how are you? It was nice to see you finally up on the fort,” said the England captain.

“That’s why I wanted to come over, on behalf of all the lads we really appreciate your support and it’s an incredible story and journey that you’ve been on.

“More than anything, I just wanted to say a massive thank you, we really appreciate you being here and making the effort to come down and support us. It’s nice for us to be able to celebrate together.”

Rob, who had been shooed away by police after watching the first few balls of the match from the fort on the first day, was allowed back later and watched England clinch victory from the same spot.

“It’s an incredible story. I read about it a little while back now. To see him struggle to get on the fort the first couple of days, then finally up there enjoying himself and getting to watch some cricket was fantastic,” said Root.

“He was almost a beacon for everyone at home watching on the screens. We are very lucky to get the support we do everywhere in the world.

“It was nice that at the end of the game I managed to have a little conversation with him over the phone – lovely for him to enjoy that moment with the rest of the group.”

“Joe Root saluted me when he got his double ton. Just the realisation it wasn’t to a group of people, it was just me, was very surreal – a little moment I’ll never forget, that’s for sure,” said Rob.

“And this morning was incredible, just to see out the win and then get the call from Joe himself. It was a really nice touch from him.”

Watch day one of the second Test between Sri Lanka and England live on Sky Sports Cricket from 4am on Friday.